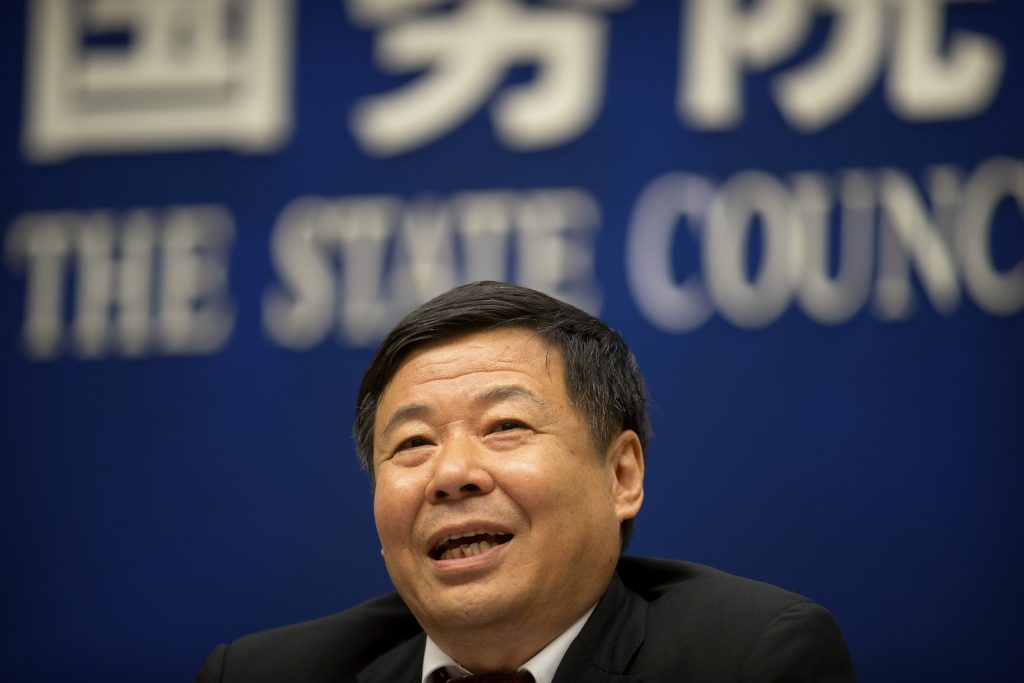 China will finally open its borders to U.S. beef and cooked Chinese poultry is closer to hitting the American market, as part of a U.S.-China trade agreement.

Trump administration officials hailed the deal as a significant step in their efforts to boost U.S. exports and narrow America’s trade gap with the world’s second-largest economy.

The United States would also allow U.S. companies to ship liquefied natural gas to China as part of the bilateral agreement reached following President Donald Trump’s meeting with Chinese President Xi Jinping in April. The agreement covers a number of long-standing barriers in areas ranging from agriculture to energy to the operation of American financial firms in China.

“This is more than has been done in the whole history of U.S.-China relations on trade,” Ross told reporters Thursday evening at the White House. “Normally trade deals are denominated in multiple years, not tens of days.”

But while the agreement touches on many of the trade barriers that American companies have long complained about, it remains to be seen just how far China will go to allow more American exports. Previous administrations have hailed market-opening agreements, only to be left disappointed.

“The key in these negotiations is specifics that are enforceable — literally the devil is in the details,” said Scott Mulhauser, the former chief of staff at the U.S. Embassy in Beijing.

“The more these agreements include real, concrete outcomes rather than platitudes, rehashing old ground or punts to the future, the better they are,” Mulhauser said. “American companies, workers, farmers and more are eager for more access to Chinese markets and they’ll look to ensure reality matches the rhetoric of these promises.”

Trump made America’s massive trade deficits, and specifically the gap with China, a major issue in his campaign and during the early days of his administration. He has argued that America’s perennial trade deficits have cost millions of factory jobs and he has pledged to take a tougher stance in trade negotiations to lower the imbalances.

Under the agreement, the United States would welcome Chinese companies negotiating agreements to purchase U.S.-produced liquefied natural gas. The Energy Department has already authorized the shipment of 19.2 billion cubic feet per day of natural-gas exports to China and other interested countries, the Commerce Department said.

A number of U.S. companies are seeking permits to build facilities to process liquefied gas, which would allow America to become a net exporter of gas, something it has not been since the 1950s. China is attempting to turn to natural gas as a way to reduce its dependence on coal and combat the country’s extensive air pollution. The move would allow China to diversify its supply and provide a significant market for American suppliers — though the expansion could boost prices for U.S. consumers.

Ross downplayed the impact, pointing to the decline in natural-gas prices. “If you look at it on a historical basis, there’s plenty of room to go back up,” he said. “It’s not as though this is going to wreck anybody’s pocketbook.”

The agreement would also ease import restrictions on agricultural goods, including ending China’s restrictions on beef imports. China imposed a ban on American beef in 2003 after a case of mad-cow disease, a ban that has remained in place despite extensive efforts by the Bush and Obama administrations to get it removed.

In exchange, the U.S. would allow the sale of cooked Chinese poultry — a move Ross said could be done safely. “We do not intend to endanger anybody’s health or safety in the U.S.,” he said.

The agreement would also streamline the evaluation of pending U.S. biotechnology product applications; pave the way for allowing American-owned suppliers of electronic payment services to begin the licensing processes in China; and facilitate the entrance of Chinese banks into the U.S. banking market, among other measures.

The agreement grew out of negotiations both countries agreed to start after Trump’s meeting at his Mar-a-Lago estate in Florida with the Chinese president. The areas dealt with in the initial agreement represent export opportunities that American companies have long sought.

America’s trade deficit in goods and services with China totaled $310 billion last year, by far the largest imbalance with any country. The deficit with China represented about 60 percent of the total U.S. deficit last year of $500.6 billion.

The two countries have also agreed to hold high-level talks this summer to be led by Ross, Treasury Secretary Steven Mnuchin and Chinese Vice Premier Wang Yang to work on a one-year plan.

These talks represent the latest effort to resolve contentious trade issues between the world’s two largest economies in a process that began during the administration of George W. Bush under Treasury Secretary Henry Paulson. Both countries got together twice a year. The Obama administration continued that effort but reduced the frequency of the talks to once a year.