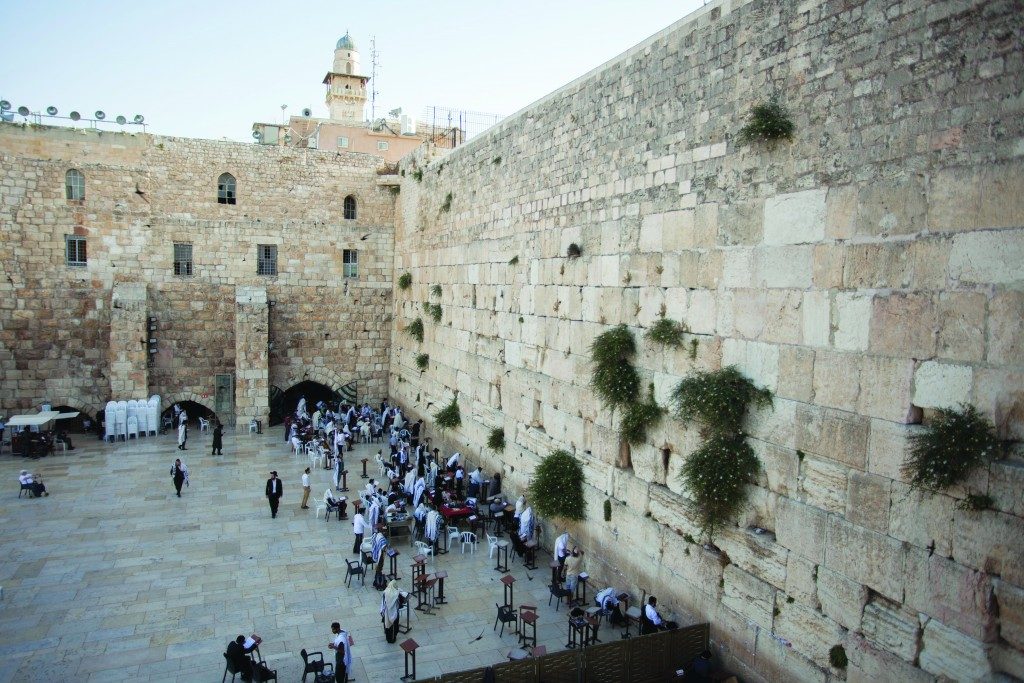 The description of the scene fairly leapt off the page: Shabbos at the Kosel, people davening, a paraplegic in a motorized wheelchair, a group of Orthodox Jews approaching…

“…like a big-league pitcher [one religious Jew] cocked his arm and flung the rock at the man in the wheelchair. The rock hit him in the middle of his forehead, his neck reeled back and blood oozed down this face. … Then the adorable little children, who only seconds ago were throwing candy [at a bar-mitzvah boy] turned into savages and started picking up rocks and hurling them at the man. Two of them grabbed the brightly colored prayer shawl from around the man’s neck and cracked it like a whip in his face.

“Some Americans tried to intervene but were themselves stoned. Nearby guards stood by, apparently assuming that the man was getting just punishment for his crime: using electricity on the Sabbath.”

That report appeared in the November 15, 1994 issue of the Arizona State University daily paper, The State Press; it had been recommended for publication by the chairman of the university’s journalism department and the director of the school’s Walter Cronkite School of Journalism. It was, after all, compellingly written and important.

Only one problem: what it described never happened.

Eventually (although after being read by thousands), the report was retracted, when a law student dared to demand corroborating facts and none were found. Pressed for the truth, the aspiring 24-year-old senior journalism major who had penned the piece admitted that the entire account, from start to finish, had been the product of nothing but her own fertile imagination.

It was a particularly gross, but far from singular, example of journalistic malpractice in the realm of reportage about Orthodox Jews. In Moment Magazine’s February, 2000 cover story, which carried the title of this column, I detailed a number of more subtle, but perhaps even more disturbing for the fact, journalistic “liberties” taken by media when “reporting” on the Orthodox community. And in the years since, countless others have come down the pike.

Another news organization, however, Kol Hazman, reported that the video had been orchestrated by Mr. Hochman himself. And an eyewitness recounted that, before the depicted incident, the reporter had walked “for four hours on the streets of Bnei Brak without being attacked.”

Then a man claiming to be one of the motorcyclists claimed he had been asked to break the flag as part of a “satirical skit,” and just wanted to be of assistance to the reporter.

At first, Reshet TV denied that the video had been manipulated. Several days later, however, the respected Israeli business newspaper The Marker reported that, apparently, it had been, and that the broadcaster had dismissed both Hochman and his editor.

Are there chareidim who act indecorously? Of course there are. But what does it say that media seek out misbehavior, and even, when they can’t find any, fabricate it?

Depressing, no? But we must remain hopeful that, even after so many years of anti-chareidi animus, haters might one day come to their senses.

Just before Pesach, a CNN program depicted Israeli chareidim as a threat to the country, as potentially doing to Israel what the mullahs did to Iran. I wrote an article for a secular Jewish publication pointing out the ridiculousness of that contention.

Most of the responses I received were positive. In the opposite category, though, was one from someone I’ll call E. S. (he signed his full name), a self-described Conservative-turned-Reform Jew. He called chareidim “an abominable blight upon world Jewry and an absolute curse within Israel,” and wants “the entire detestable bunch” to be driven out of Israel “with bayonets and bullets.”

There was more, too, but I’ll spare you. The degree and illogic of the loathing, though, seemed familiar; I remembered something, and decided to write him back.

After politely responding to various accusations he made, I wrote: “I’m heartened, though, by my knowledge that no less a luminary than Rabbi Akiva once remarked that, back when he was an ignoramus, he would have viciously bitten any Torah scholar he came across ‘like a wild donkey’.”

“So I retain hope,” I concluded, “that one day you may have your mud-covered glasses wiped clean.”