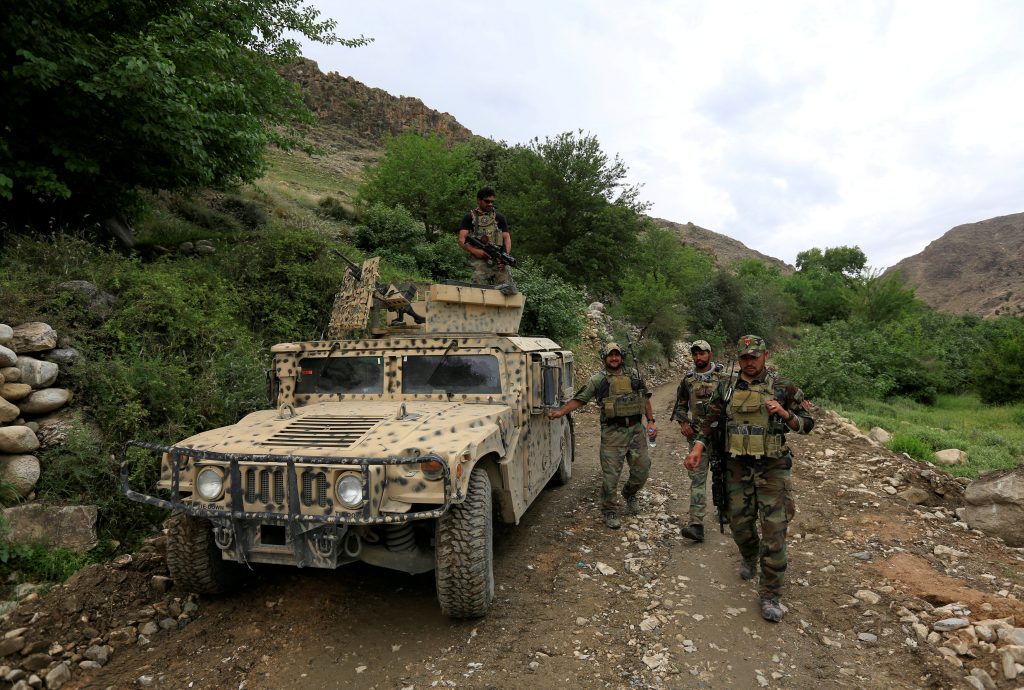 The head of Islamic State in Afghanistan, Abdul Hasib, was killed in an operation on April 27 conducted jointly by Afghan and U.S. Special Forces in the eastern province of Nangarhar, U.S. and Afghan officials said on Sunday.

Hasib, appointed last year after his predecessor Hafiz Saeed Khan died in a U.S. drone strike, is believed to have ordered a series of high profile attacks, including one on March 8 on the main military hospital in Kabul, a statement said.

Last month, a Pentagon spokesman said Hasib had probably been killed during the raid by U.S. and Afghan special forces in Nangarhar during which two U.S. army Rangers were killed, but prior to Sunday’s announcement there had been no confirmation.

“This successful joint operation is another important step in our relentless campaign to defeat ISIS-K in 2017,” the top U.S. commander in Afghanistan, Gen. John Nicholson, said in a statement from U.S. military headquarters in Kabul.

The statement, following an earlier announcement by Afghan President Ashraf Ghani, said Hasib directed the March 8 attack on the main Kabul military hospital by a group of terrorists disguised as doctors. Dozens of medical staff and patients were killed in the attack.

It said he also ordered fighters to behead local elders in front of their families and kidnap women and girls to force them to marry IS terrorists.

The local affiliate of Islamic State, sometimes known as Islamic State Khorasan (IS-K), after an old name for the region that includes Afghanistan, has been active since 2015, fighting both the Taliban as well as Afghan and U.S. forces.

It is believed to maintain links with the main Islamic State terrorist movement in Iraq and Syria but has considerable operational independence.

U.S. and Afghan special forces, backed by drone strikes and other air support, have waged a series of operations against IS-K since March, killing dozens of their fighters, mainly in Nangarhar, on the border with Pakistan.

Defeating the group remains one of the top U.S. priorities in Afghanistan, and last month the United States dropped its largest non-nuclear device on a network of caves and tunnels used by IS in Nangarhar, killing 94 fighters, including four commanders.

Hundreds of fighters had been killed or captured this year and the offensive was continuing, with over half the districts controlled by ISI-K retaken, allowing residents in some places to return for the first time in two years.