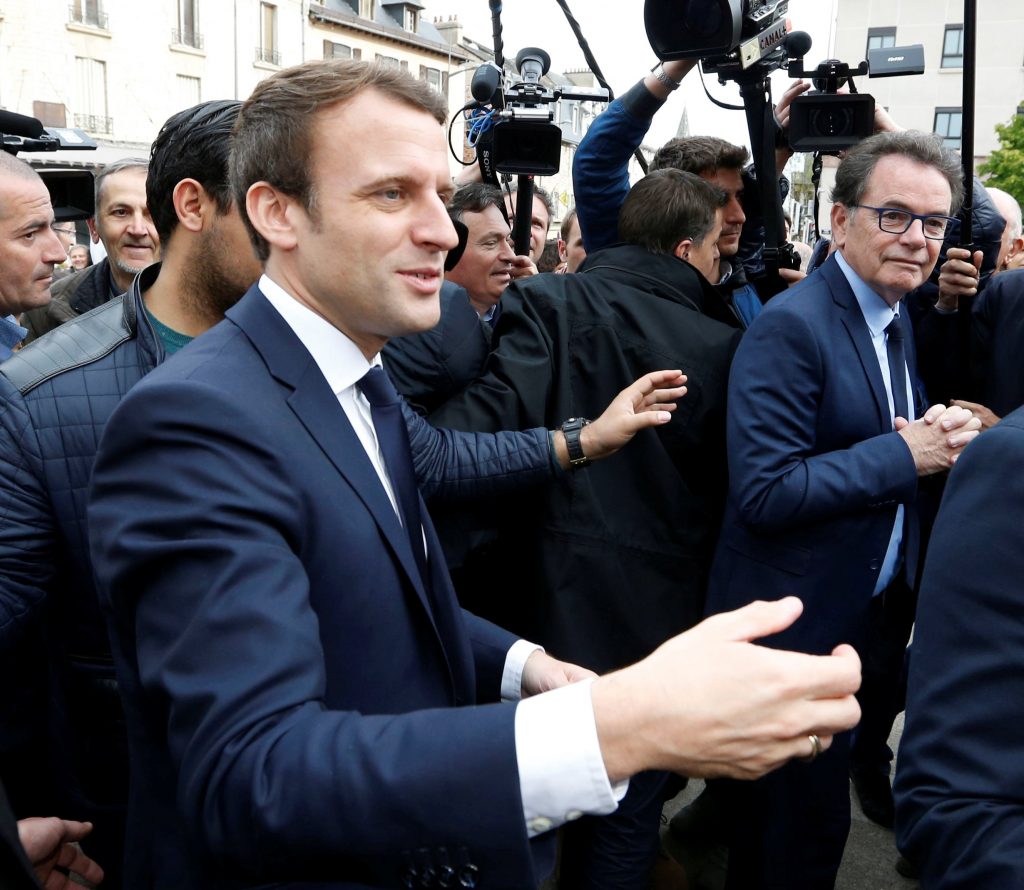 French presidential election front-runner Emmanuel Macron said on Friday he had decided who would be his prime minister if he wins Sunday’s vote, but would only reveal the make-up of his government after he took office.

The centrist leader, who polls tip to beat far-right candidate Marine Le Pen in Sunday’s run-off, told RTL radio that he had settled on a prime minister.

Asked if that person had been informed, he replied: “No, since it is in my head.”

He gave no further clues on his or her identity.

“If I am elected, I will work on finalising a government next week but it will be announced after the handover of powers,” he said, referring to the transfer of power from outgoing President Francois Hollande to his successor, which is expected to happen the weekend after the election.

His prime minister “will have experience in the political field, the ability to lead a parliamentary majority and the ability to drive a thoroughly renewed government which will also include some experienced men and women,” he said.