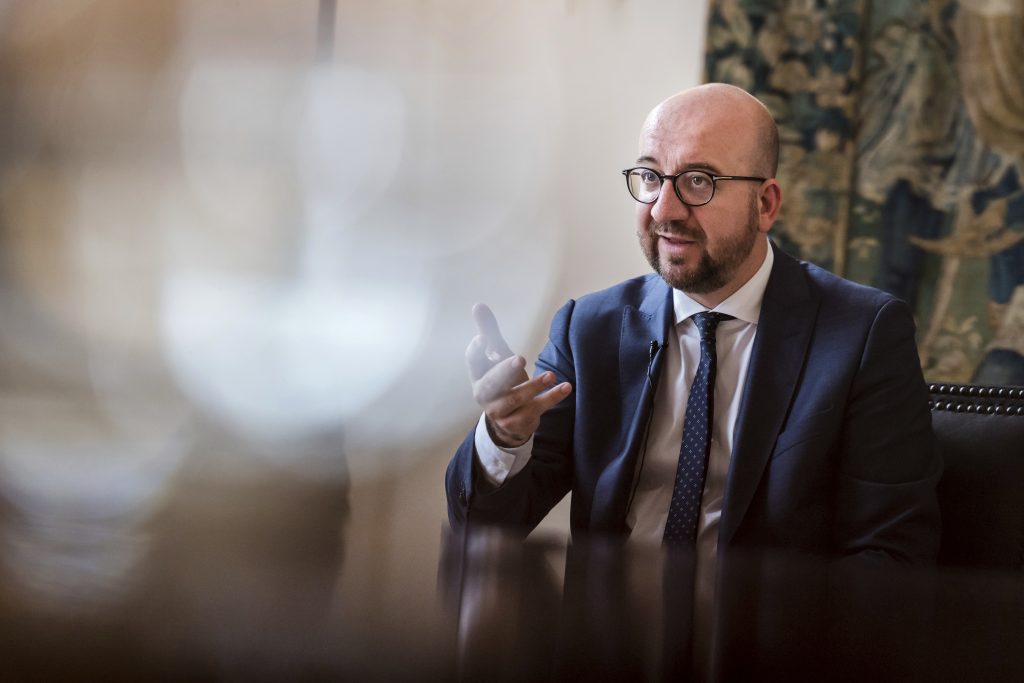 British expectations in its divorce proceedings from the European Union are “not realistic,” Belgian Prime Minister Charles Michel said Friday, sending a clear warning that Britain will not escape having to foot a hefty bill for its momentous decision that has shaken the bloc to its core.

Michel said in an interview with The Associated Press Friday that “those who think in Britain they can push the Brexit button and not have a bill to pay are seriously mistaken.”

Over a few testy days this week, both sides sparred about the negotiations, which are to start after the British June 8 elections, with some questioning what, if anything, Britain should pay for. Over the past months, the estimates have ranged from 20 billion to 60 billion euros before the Financial Times upped the figure to as much as €100 billion ($109 billion) — a figure that Britain has flatly rejected paying.

“In Britain ever more, they will realize that Brexit, well, has consequences — economic, commercial, partnerships,” Michel said. “Perhaps during the referendum the impression was given that once the Brexit button was pushed everything would take care of itself easily. Well, that is not true. When you push that Brexit button, there are consequences, there is a bill to pay.”

The 27 other EU nations have shown a united front in facing Brexit, and Michel epitomized the view that the negotiations should be done on the EU’s terms, not Britain’s.

And he further insisted that it was not up to British Prime Minister Theresa May to impose her negotiating strategy. May has been seeking parallel talks on unwinding Britain’s EU membership while at the same time already negotiating a future relationship and a trade deal with the bloc.

“That’s not realistic,” Michel said. “We are splitting, like a divorce. You need to address the material issues, financial, who gets the kids, transitional measures,” he said. “It is only afterward that we can look at the future. You have to turn a page before you start writing the next one. And it is up to Mrs. May to understand this.”

Under the EU blueprint, negotiations would first center on finding a deal for the citizens living and working in each other’s nations, settle Britain’s financial obligations and find a solution for the border issue between Ireland and the United Kingdom’s Northern Ireland. If sufficient progress is made over the next months, only then would the EU be willing to open talks about a future relationship.

EU Council President Donald Tusk said this could come as soon as the fall, but Michel said that was an extremely tight deadline. “It would be smart to immediately put the difficult questions on the table. Otherwise we run the risk of negotiating on the easy questions for a year or 18 months and as the two-year deadline draws near have an explosion in talks since the tough questions would come up too late,” Michel said.

And beyond the acrimony that has already surfaced between Britain and the continent, Michel insisted that the rift still existed in Britain itself. “It is also complex in a political sense since there is, in Britain, not a monolithic opinion. We see there are lively, very rough debates — in parliament, within public opinion, debates on the situation in Scotland.”

May already accused EU officials this week of trying to influence the U.K. elections, deliberately timing comments and move to coincide with the campaign.

“It is clear that the situation in Britain over the coming months will not be resembling one long, tranquil river. There will perhaps be ups and downs in Britain,” Michel said.