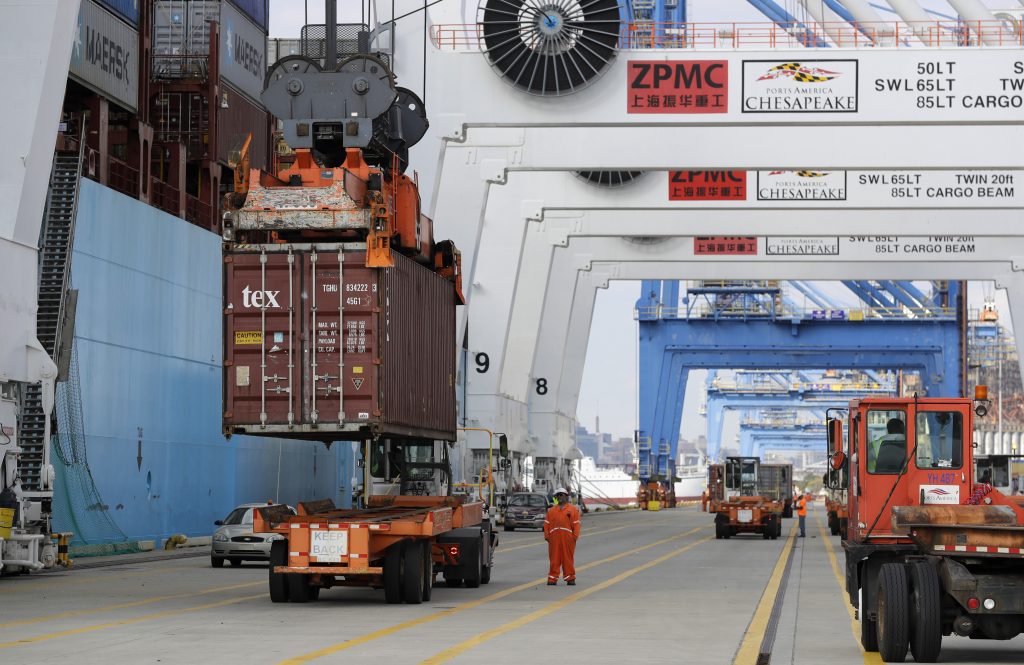 The U.S. trade deficit narrowed in March to the lowest level since October as both exports and imports fell. But the politically sensitive trade gap with China rose.

The Commerce Department said Thursday that the gap in goods and services slipped to $43.7 billion, down from $43.8 billion in February. Exports dropped 0.9 percent to $191 billion, pulled down by falling auto exports. Imports fell 0.7 percent $234.7 billion as imports of crude oil and other petroleum products slid.

President Donald Trump was elected on a pledge to reduce America’s trade deficits, which he blames on unfair trade practices by China and other countries. The president says trade deficits are responsible for the loss of hundreds of factories and millions of manufacturing jobs.

Trump has vowed to renegotiate the North American Free Trade Agreement (NAFTA) with Mexico and Canada. But he reneged on a promise to call out China for manipulating its currency to give its exporters a price advantage, saying that Beijing was cooperating in dealing with a belligerent North Korea.