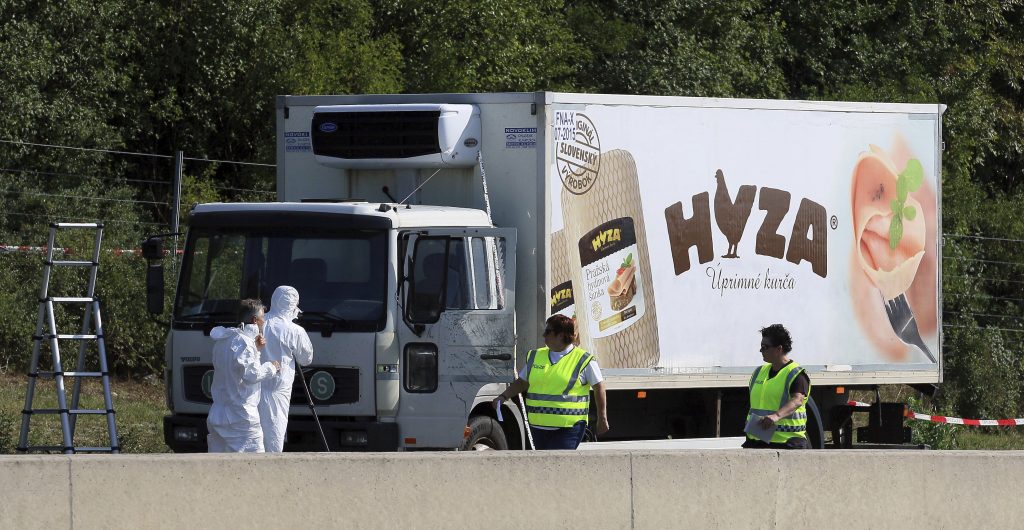 Hungarian prosecutors say 11 men have been indicted in the case of the deaths of 71 migrants who suffocated in the back of a refrigerated truck in 2015.

Prosecutors in Bacs-Kiskun County said Thursday that the group includes men from Afghanistan, Bulgaria and Lebanon who allegedly smuggled some 1,200 people across the Hungary-Serbia border into Western Europe in 2015.

Migrants from Syria, Iraq and Afghanistan were among the victims found in the back of a refrigerated truck with Hungarian license plates abandoned in the emergency lane of the A4 highway near Parndorf, Austria, not far from the Hungarian border, on Aug. 27, 2015.

Charges against the defendants include human smuggling, while the four people accused of involvement in the deaths also face charges of homicide committed with particular cruelty.