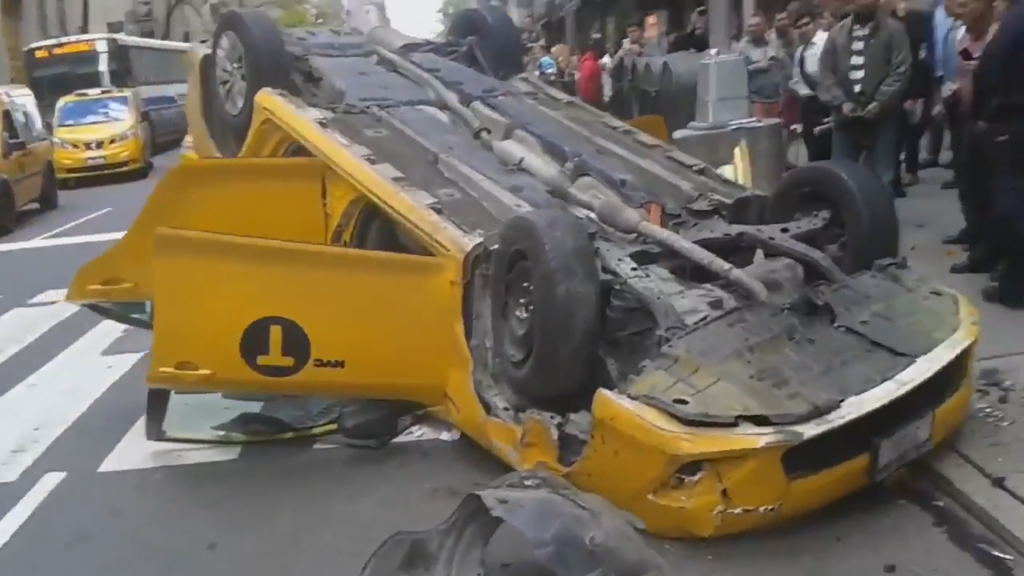 Two people were hurt when a taxi cab overturned in midtown Manhattan.

The crash happened just after 2 p.m. on Fifth Avenue near 49th Street.

Police say the cab hit a guardrail and flipped over after being sideswiped by another taxi.

The driver and a passenger were hospitalized. They’re expected to be okay.

Video shows the upside down cab resting on its hood near the sidewalk with its windows shattered.