World Mount Everest Is So Crowded This Year, There Is a Risk of ‘Traffic Jams’
World 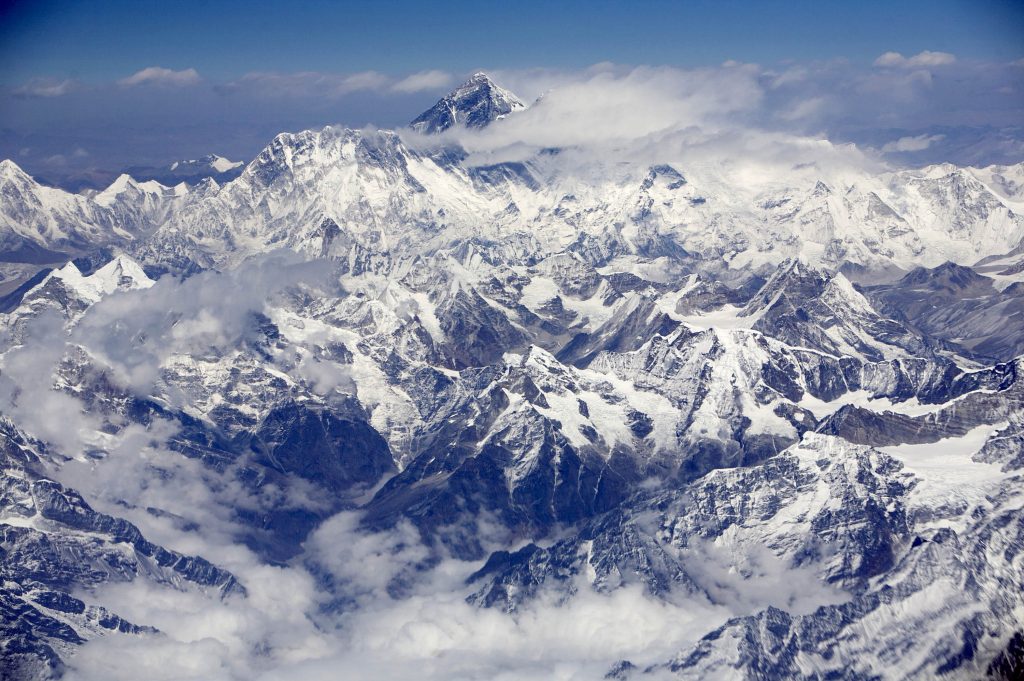 British mountaineer Tim Mosedale was descending Mount Everest’s treacherous Khumbu Icefall after a recent acclimatization run when he came across a large group of inexperienced climbers struggling with their gear. One even had his crampons on the wrong feet.

Such large groups, along with climbers trying to work without supplemental oxygen, add up to a potential “toxic mix” on the world’s highest peak this year, wrote Mosedale, a veteran who has ascended Everest five times, in a social media post on April 27.

Nepal is bracing for a busy and potentially dangerous season on Mount Everest after the government issued a record number of permits to foreign climbers this year — 371, the most since 1953. Add to that the number of Nepali sherpa mountain guides and the number soars to 800.

Officials said that they expect “traffic jam”-like conditions on the icy slopes as mid-May approaches and the mountain’s formidable winds subside a bit, giving climbers a narrow window to push to the top of the 29,029-foot summit.

“On average, every climbing season there are about three to four good days with appropriate weather conditions to allow a safe summit climb,” says Ang Tshering Sherpa, president of Nepal Mountaineering Association. With 800 climbers attempting to summit within those few days, things could get problematic, he said.

Meanwhile, Everest Base Camp — the tent city where climbers live for several weeks to acclimatize themselves to the altitude — has continued to grow, with more trekkers and tourists flying in by helicopter for day trips, and some even indulging in champagne breakfasts with a view.

Safety is a constant topic in the gossip and rumors of the camp, which is also home to more than 1,500 volunteer medics, staff and mountaineers.

“We are of course worried about the high numbers,” said Mingma Tenzi Sherpa, a Nepali guide who has reached the summit of Everest six times and is now leading a team. He spoke by telephone. “Our discussions around base are often focused on the same issue — what to do if traffic-related problems occur.”

Last year, he said, he and his clients were delayed four hours on their way to the summit — including an hour waiting at the bottom of the infamous “Hillary Step,” the nearly vertical wall of rock and ice where climbers ascend on fixed ropes, one of the final challenges of the ascent.

At 28,900 feet, this is deep inside the so-called Death Zone, where the thin air and high altitude can be especially dangerous.

Two of his clients eventually lost toes due to the chill they suffered during the wait, he said.

Already, one climber this season has died — the Swiss rock climber and mountaineer Ueli Steck fell during a training run on a nearby peak Sunday.

Dan Richards, the CEO of Global Rescue, a travel risk management firm, has seen a 50 percent increase in the number of rescues they’ve done this year of climbers suffering acute mountain sickness — 35 total compared to just 20 by the same time last year.

He believes that climbers rushing to beat the crowds before they are acclimatized may be exacerbating the problem.

Higher altitudes mean the body is getting less oxygen with each breath, so that all physical tasks become harder. Symptoms of altitude sickness include confusion, impaired judgement, headaches, nausea and poor balance.

The heavy traffic is more than an annoyance, the waiting can actually be dangerous, explained Kuntal Joisher, an Indian climber who reached the peak in 2016.

“Since you are moving slow and spending a lot of time waiting and standing still, there is a good chance that your body and its extremities would become cold and susceptible to frost bite,” he said. “The other problem is every minute spent waiting and walking behind extremely slow moving traffic means your precious bottled oxygen is getting wasted.”

Concern over safety issues and environmental damage caused by growing crowds on Everest reached a crescendo in 2011, when a photo by a German mountaineer of a “human snake” of some of the 600 climbers trudging upwards to the summit on one day attracted worldwide attention. Eleven people died on the mountain that year, including three Nepali guides.

But twin tragedies — the death of 16 Sherpas killed by falling ice in 2014, followed by the earthquake-triggered avalanche in 2015 that claimed the lives of 18 — dealt a blow to the industry, which is a huge part of Nepal’s tourism economy.

Everest permits alone are bringing in an estimated $4.5 million, with additional income to hotels, guides, porter and transportation companies, according to Alan Arnette, a Colorado climber and Everest blogger.

In 2015, the government proposed measures to make climbing safer, including requiring climbers to qualify first on a “smaller,” 21,000-foot mountain, and banning those younger than 18 and older than 75.

But these have to be approved by cabinet vote or by amending existing laws, and that has yet to happen.

“Today a lot of people across the world think that anyone with no skills and experience can climb Everest — that it’s become a walk in the park,” said Joisher.