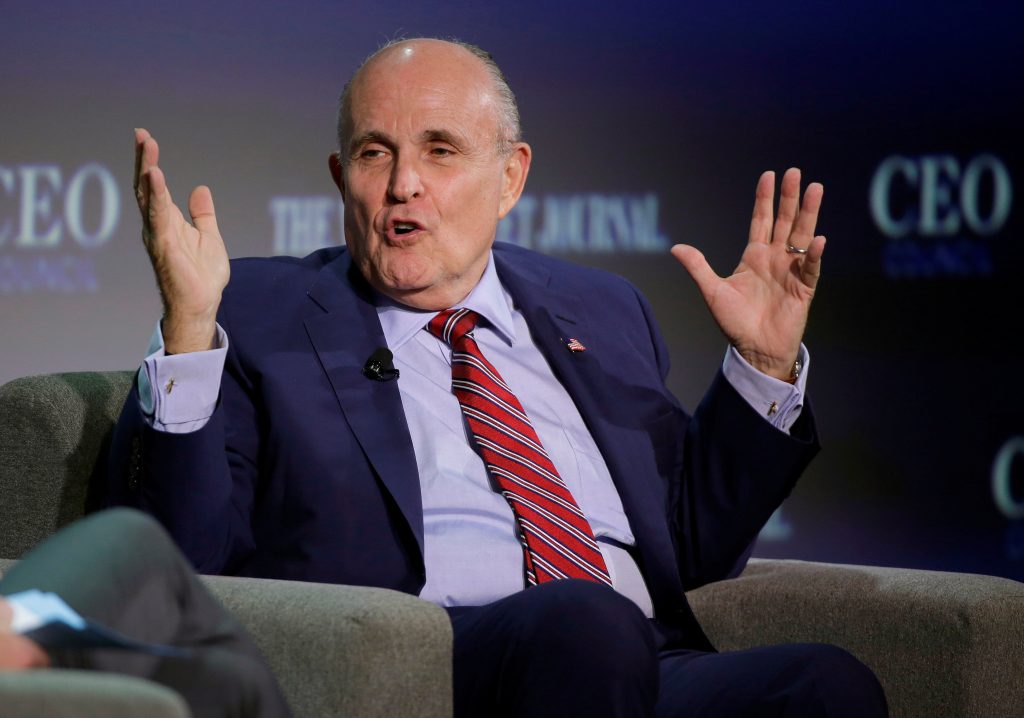 Ex-Mayor Rudolph Giuliani and a former U.S. attorney general seem “surprisingly disingenuous” and dismissive of the seriousness of criminal charges facing a wealthy Turkish businessman they’ve been hired to represent, a judge said on Tuesday.

In affidavits written last month, Giuliani and Mukasey used nearly identical language to say they were hired to try to resolve the case against Zarrab, a well-known personality in Turkey accused of violating sanctions against Iran, as part of a deal between the United States and Turkey to promote U.S. national security interests.

He said they were “presumably attempting to be dismissive of the transactions set forth in the indictment” by saying they pertained to “consumer goods.”

The judge said Giuliani and Mukasey know “very well that if the allegations in the indictment are found or established by a jury, the defendants will be shown to have committed serious felonies.”

A prosecutor last month complained about the affidavits, saying entities that benefited from the scheme included the Islamic Revolutionary Guard Corps and Iranian banks that have been sanctioned for their role in providing financing for Iran’s nuclear programs.

Zarrab lives in Istanbul. He has been accused of conspiring to process hundreds of millions of dollars’ worth of financial transactions for Iranian businesses or Iran’s governments and has pleaded not guilty. Authorities say those transactions are banned by U.S. and international sanctions.

The hearing, which will conclude next week, was scheduled after prosecutors informed the court in March that Giuliani and Mukasey had met with Turkey’s president, Recep Tayyip Erdogan, and were seeking to meet other Turkish and U.S. officials in a bid to resolve the case.

The potential conflict of interest arises because both lawyers work for law firms that have represented banks that are treated as victims of the criminal conspiracy in the case. Also, Giuliani’s firm has registered as a foreign agent for Turkey.

Zarrab, answering questions posed by the judge, said he had never spoken to Giuliani.

Attorney Benjamin Brafman, who represents Zarrab in court and submitted the Giuliani and Mukasey affidavits to the judge, declined to comment outside court.

Brafman previously said Giuliani and Mukasey wouldn’t be in court because they’re serving in an ancillary role related to the prosecution. He said Giuliani, the city’s Republican mayor from 1994 to 2001, and Mukasey weren’t involved in trial preparation or plea discussions.