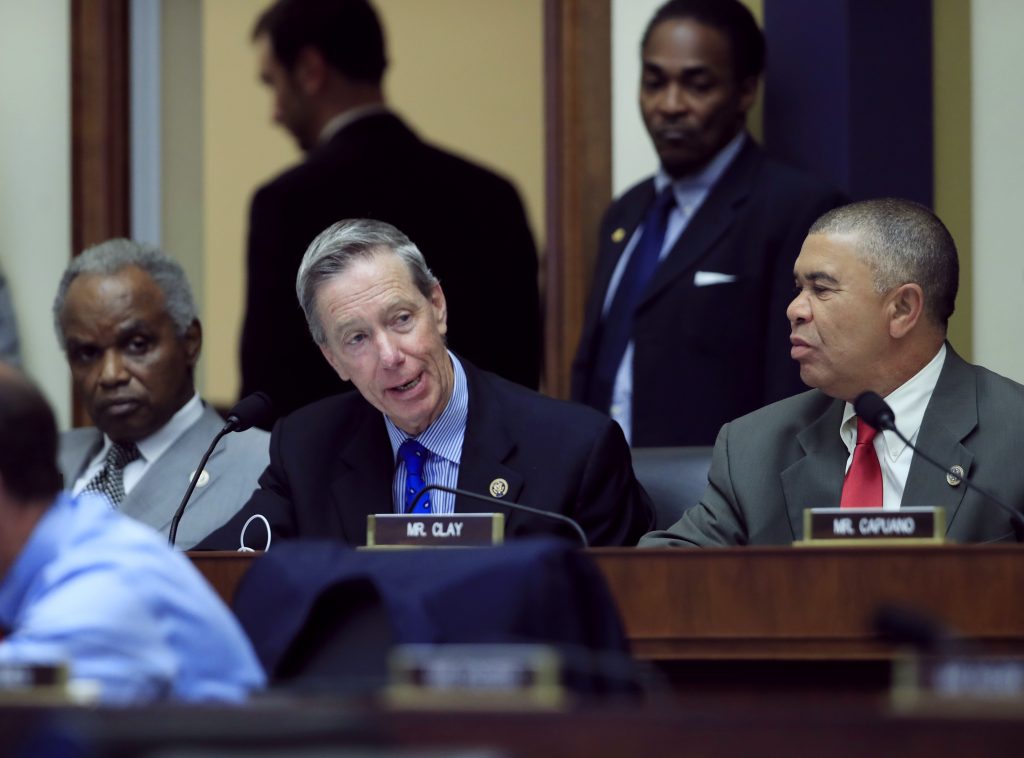 House Republicans on Wednesday blocked Democratic efforts to preserve the independence of a consumer watchdog created after the 2008 economic meltdown as the GOP pressed ahead with an overhaul of the nation’s financial regulatory law.

On the second day of a contentious, marathon session, the GOP-led Financial Services Committee rebuffed the Democratic attempts to protect the Consumer Financial Protection Bureau, the five-year-old agency which enforces consumer protection laws and scrutinizes the practices of virtually any business selling financial products and services. That ranges from credit card companies to mortgage services to auto lenders.

“When we wrote Dodd-Frank, we wanted the bureau to be above the fray so that it could focus solely on its mission of protecting consumers,” said Rep. Nydia Velazquez, D-N.Y., author of an amendment seeking to keep the bureau’s funding with the Federal Reserve instead of Congress.

The panel defeated the amendment from Velazquez on a 32-24 vote.

House Republicans are working to undo much of the 2010 Dodd-Frank law that put the stiffest restrictions on banks and Wall Street since the 1930s Depression. The law signed by Democrat Barack Obama was in response to the Great Recession that pushed the economy to the brink of collapse.

Republicans are likely to pass the measure in the House. But the bill faces significant obstacles in the Senate, where leaders have emphasized their desire to find areas of agreement to enhance economic growth. Democratic lawmakers predicted that at the end of the process, the bill would not become law despite an ally in the White House — President Donald Trump.

The president has that said Dodd-Frank is “out of control.”

The Republican bill would reduce the powers of the consumer bureau by among other things, making it easier for the president to remove its director and give Congress greater control over its financing.

Republicans complained that Congress has too little say over how the bureau operates.

“It’s about checks and balances,” said Rep. Jeb Hensarling, R-Texas, the chairman of the Financial Services Committee. “This is part of what we do.”

The panel also defeated an amendment from Rep. Carolyn Maloney, D-N.Y., that would preserve the bureau’s authority to go after companies for unfair or deceptive actions, such as the opening of accounts without a consumer’s consent. That practice led the bureau to fine Wells Fargo $100 million for illegally opening accounts for their customers in order to meet aggressive sales goals.

The panel will continue working through the proposed replacement bill for the Dodd-Frank law on Wednesday and possibly into Thursday.

The Financial Services Committee’s effort got off to a slow start Tuesday as Democrats insisted that much of the 600-page replacement bill be read aloud before the committee even considered amendments. The marathon session had been expected to last through the night.

Hensarling said that Dodd-Frank was making life difficult for community banks, forcing them to focus their resources on regulatory compliance rather than providing capital to local businesses and consumers.

“No wonder entrepreneurship is at a generational low in America,” Hensarling said. “Regrettably, thanks to Dodd-Frank, too many garages in our nation are full of old cars instead of new startup small businesses.”

Democrats accused the GOP of exaggerating the plight of capital markets. They said Hensarling’s bill would gut consumer protection and allow banks to make the kind of risky investments that required taxpayers to come to their rescue nearly a decade ago.

Hensarling’s bill targets the heart of the law’s restrictions on banks by offering a trade-off: Banks could qualify for most of the regulatory relief in the bill so long as they meet a strict basic requirement for building capital to cover unexpected big losses. He says the capital requirements will work as an insurance policy against a financial institution going out of business.