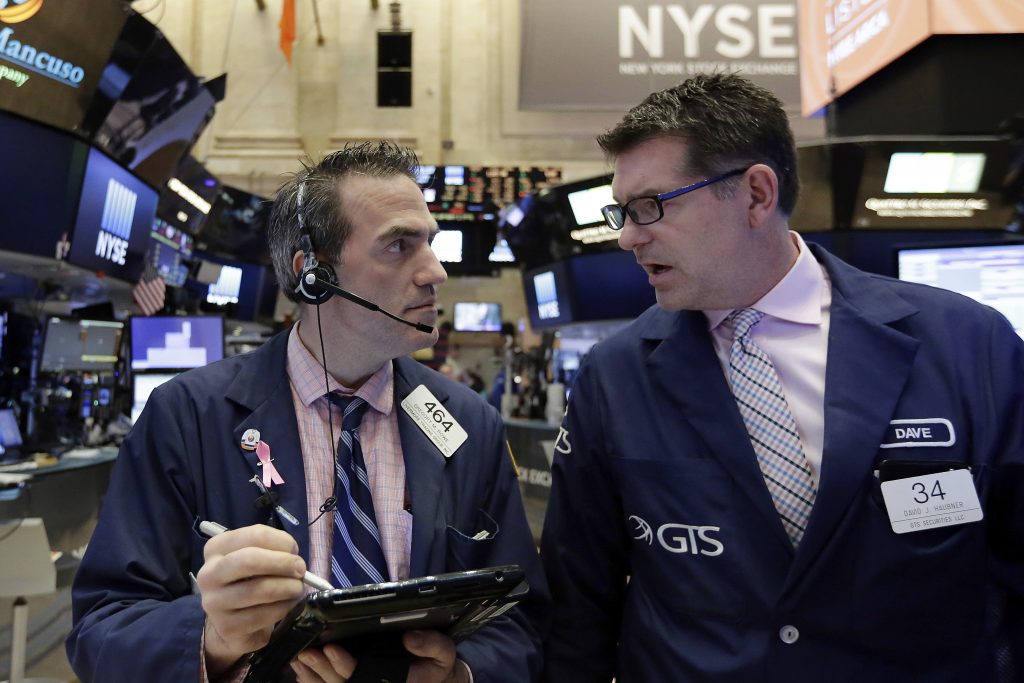 U.S. stock indexes are slightly higher Tuesday as industrial companies including engine maker Cummins rise after posting strong first-quarter results. Technology companies are continuing their recent climb. However, Ford, General Motors and Fiat Chrysler are falling as it appears that U.S. car sales are slowing down.

EARNINGS POWER: Industrial companies made some of the biggest gains. Cummins reported a far bigger profit and better sales than analysts expected, and its stock climbed $9.35, or 6.2 percent, to $160.68. The company said that demand from construction and mining sales grew compared to a year ago, but it said truck production in North America fell.

Flowserve, which makes pumps, valves, and other products for the oil and gas industries, beat expectation and said contract bookings improved. It added $1.05, or 2.1 percent, to $50.70. Airlines including Delta, United and American all rose.

STOP SIGNS: Big automakers said their U.S. sales fell last month, a strong sign that demand for cars, trucks and SUVs is starting to slow. Ford’s sales were down 7 percent in April as car sales plunged, and GM’s sales slid 6 percent as it sold fewer pickup trucks. Vehicle sales have set records the last few years and analysts are worried the streak is ending and car companies are relying too much on discounts and incentives to boost sales.

Some investors see car sales as an important indicator of how much consumers are willing to spend overall, and stocks struggled a month ago following a weak round of March auto sales reports.

GOOD GRADE: Consumer reviews website Angie’s List soared after it agreed to be bought by media company IAC/InterActiveCorp. IAC/InterActive wants to combine Angie’s List with its HomeAdvisor.com business, which offers resources for home repair and improvement projects. The company will be called ANGI Homeservices.

MOVERS: Technology stocks rose further. The S&P 500’s technology index, which includes 69 major companies, is at its highest levels since March 2000, the peak of the dot-com boom. However, it’s still well below the records it set back then. Apple, which will report its first-quarter results after the market closes, gained $1.14 to $147.72.

OVERSEAS: In Greece, the Athex composite jumped 3.1 percent after the country and its creditors agreed that Greece should make another round of pension cuts in 2019 and commit to a budget target when its current bailout program ends next year. That deal will restart bailout loan payments to Greece, meaning it won’t face default. That could have touched off another eurozone crisis. Other European stocks also rallied. The CAC 40 in France added 0.7 percent while Britain’s FTSE 100 index gained 0.6 percent. In Germany, the DAX rose 0.6 percent.