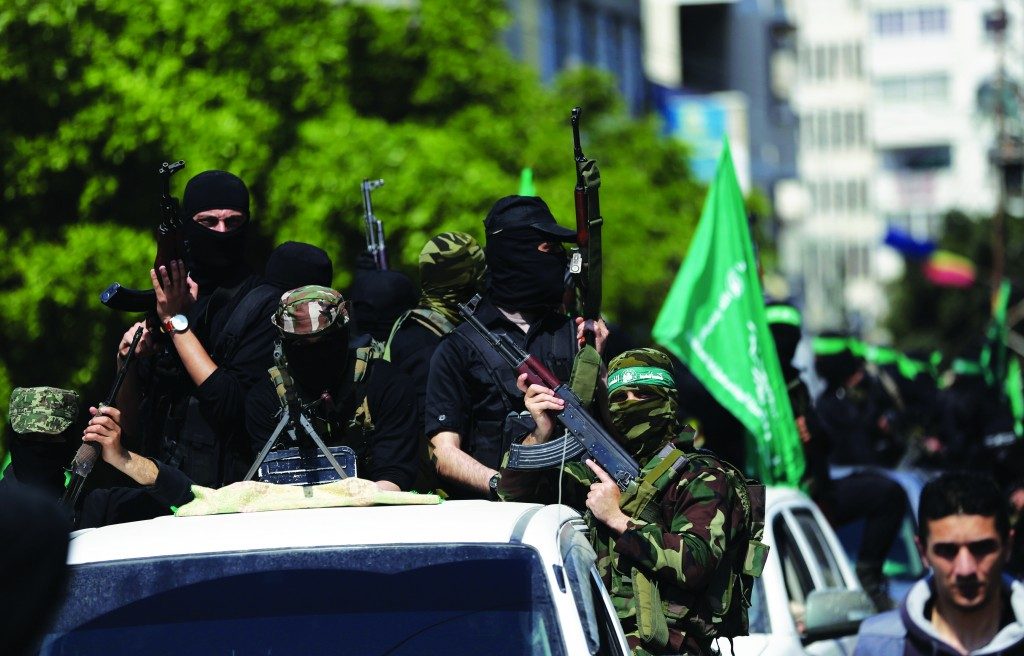 Hamas has turned over a new leaf. At least, that’s what the Western world is supposed to believe in the wake of its new charter, announced this week.

The Jews are no longer the enemy; the Zionists are. And that includes anyone who was either born in Israel or lives there and hasn’t repudiated Zionism. Doesn’t sound like much of an improvement.

But there’s more. Hamas now wants a state in the “occupied territories” of Yehudah and Shomron, not in pre-1967 Israel. Does that mean it recognizes Israel’s right to exist as a Jewish state on the other side of the Green Line? Of course not. Even PA chairman Mahmoud Abbas doesn’t go that far, and you can’t expect Hamas to be more moderate than the moderate Abbas.

Rather, Hamas’ intention is to take Yehudah and Shomron now, as a down payment, and continue its struggle for the rest of “historic Palestine” to be acquired at a later date.

Which leads to another innovation. Hamas, according to the new charter, accepts that the “struggle against occupation” should be conducted in nonviolent terms, but it doesn’t rule out violence.

Finally, Hamas officially declares itself to be an independent organization, no longer tied to the Muslim Brotherhood.

So there you have it: An all-new, sanitized Hamas that is ready to be embraced by the West as a legitimate negotiating partner in the quest for Middle East peace.

Of course, there are glaring inconsistencies with this conversion from ruthless terror organization that has fired thousands of missiles on innocent “Zionist” civilians to peacemaker. For starters, just this week, Hamas thanked North Korea for its support against Israel.

The background was North Korea’s threat to launch a “merciless, thousand-fold punishment” at Israel for insulting remarks made last week by Defense Minister Avigdor Liberman that undermined the “dignity of the supreme leadership” of North Korea.

While the threat itself isn’t taken seriously in Israel, the fact that Hamas would publicly identify with a dangerous, rogue state like North Korea doesn’t contribute to its new image as a responsible, moderate entity.

Moreover, before Hamas can convince the world that it has changed its spots, it’s going to have to convince the Palestinians themselves. PA chairman Mahmoud Abbas last week announced that he would no longer pay Gaza’s electricity bill.

In the past, Israel supplied 30 percent of the enclave’s electricity and then deducted payment from the customs it collected on behalf of the Palestinian Authority for goods shipped through Israeli ports. Now, Abbas has instructed Israel to stop delivering the electricity.

As Hamodia’s defense correspondent A. Pe’er notes in this week’s “Privileged Information,” Abbas is furious that Hamas uses funds designated for the welfare of private citizens in Gaza for its own military agenda. The PA chairman is withholding funding in a bid to force Hamas to spend its money on electricity and other civilian needs, but it’s not likely to work. That’s because it’s more important to Hamas to prepare for war against Israel than to prepare for peace and prosperity for the Palestinian people.

In light of the facts on the ground and the horrendous track record of Hamas, which isn’t even trusted by the Arab world, it would take a PR genius to convince the West that Hamas is no longer sworn to Israel’s destruction. Either that, or an exceedingly gullible group of leaders that was willing to accept any bone Hamas throws its way.

That is precisely the danger. The world that has convinced itself that Iran can be trusted to remain a nuclear threshold state, without crossing the threshold and becoming a nuclear power, or that can look away from North Korean provocations and threats, or grant legitimacy to rogue states at the United Nations, appointing them to head human rights councils and the like, can just as easily open its arms wide and embrace the “new, improved” Hamas.

In this regard, President Donald Trump is a breath of fresh air. He isn’t willing to go along with the wishful thinkers on Iran or North Korea, even though it would make his life easier. Instead, he sees reality as it is and looks for solutions that have a reasonable chance of working. So there is zero chance he will be taken in by Hamas’ sudden conversion.

At the same time, it is important that he see through Abbas, who will be visiting Washington this week. It is meaningless for the PA leader to recognize Israel’s right to exist, while he incites to terror, pays terrorists monthly salaries for every Jew they kill, and adamantly refuses to sign on the dotted line that Israel has the right to exist as a Jewish state.

This isn’t semantics. Israel on Monday, Yom Hazikaron, mourned more than 26,000 people who lost their lives since the establishment of the state.

Any future agreement must be founded on the principle that Eretz Yisrael was promised by Hashem to the Jews, who have a right to live in peace and security. Anything less, whether from the “moderate” Fatah or the “wannabe moderate” Hamas, is a nonstarter.