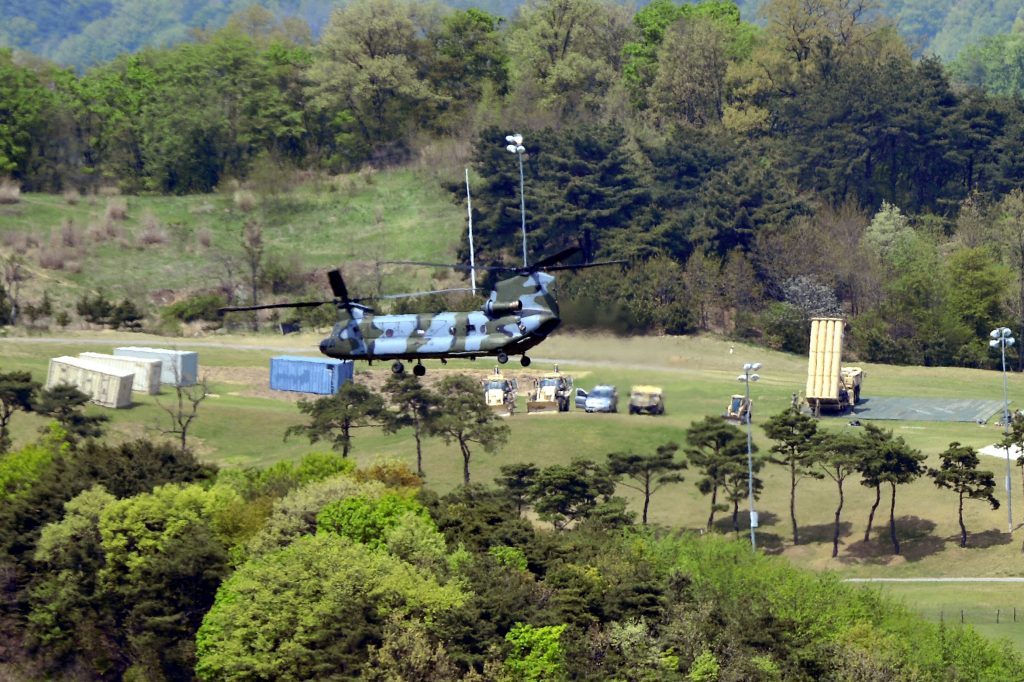 South Korea said the United States had reaffirmed it would shoulder the cost of deploying the THAAD anti-missile system, days after President Donald Trump said Seoul should pay for the $1-billion battery designed to defend against North Korea.

In a telephone call on Sunday, Trump’s national security adviser, H.R. McMaster, reassured his South Korean counterpart, Kim Kwan-jin, that the U.S. alliance with South Korea was its top priority in the Asia-Pacific region, the South’s presidential office said.

The conversation followed another North Korean missile test-launch on Saturday which Washington and Seoul said was unsuccessful, but which drew widespread international condemnation.

Trump, asked about his message to North Korea after the latest missile test, told reporters: “You’ll soon find out,” but did not elaborate on what the U.S. response would be.

Trump is stepping up outreach to allies in Asia to discuss the North Korean nuclear threat and make sure all are “on the same page” if action is needed, a top White House official said. The U.S. president will discuss North Korea with the leaders of Thailand and Singapore on Sunday after speaking with the Philippines’ president on Saturday.

“There is nothing right now facing this country and facing the region that is a bigger threat than what is happening in North Korea,” White House Chief of Staff Reince Priebus told ABC.

Trump’s comments in an interview with Reuters on Thursday, that he wanted Seoul to pay for the THAAD deployment, perplexed South Koreans and raised questions about his commitment to the two countries’ alliance.

South Korean officials responded that the cost was for Washington to bear, under the bilateral agreement.

“National security adviser H.R. McMaster explained that the recent statements by President Trump were made in a general context, in line with the U.S. public expectations on defense cost burden-sharing with allies,” South Korea’s Blue House said in a statement, adding that McMaster requested the call.

Major elements of the advanced Terminal High Altitude Area Defense (THAAD) system were moved into the planned site in Seonjgu, in the south of the country, this week.

The deployment has drawn protests from China, which says the powerful radar which can penetrate its territory will undermine regional security, and from local residents worried they will be a target for North Korean missiles.

About 300 residents rallied on Sunday as two U.S. Army lorries tried to enter the THAAD deployment site. Video provided by villagers showed protesters blocking the road with a car and chanting slogans such as “Don’t lie to us! Go back to your country!”

Police said they had sent about 800 officers to the site and two residents were injured during clashes with them.

South Korea and the United States say the sole purpose of THAAD is to guard against North Korean missiles.

Vice President Mike Pence reaffirmed the U.S. commitment to South Korea’s security but said on NBC that Trump would “continue to call on the prosperous nations that the United States provides security and protection for, to do more in their own defense.”

The United States is seeking more help from China, the North’s major ally, to rein in Pyongyang’s nuclear and missile development. Trump, in the Reuters interview, praised Chinese counterpart Xi Jinping as a “good man”.

The North has been conducting missile and nuclear weapons-related activities at an unprecedented rate and is believed to have made progress in developing intermediate-range and submarine-launched missiles.

In excerpts of an interview with CBS News released on Saturday, Trump said the United States and China would “not be happy” with a nuclear test but gave no other details.

In an address to a summit of the Association of Southeast Asian Nations on Saturday, Duterte urged the United States to show restraint after North Korea’s latest missile test and to avoid playing into the hands of leader Kim Jong Un, who “wants to end the world”.

The exercise, called Foal Eagle, was repeatedly denounced by North Korea, which saw it as a rehearsal for war.

The dispatch of the Carl Vinson was a “reckless action of the war maniacs aimed at an extremely dangerous nuclear war,” the Rodong Sinmun, the official newspaper of North Korea’s ruling Workers’ Party, said in a commentary on Saturday.

The carrier group has just completed drills with the Japanese navy.

Japanese Defence Minister Tomomi Inada, in an apparent show of solidarity with Washington, has ordered the Izumo, Japan’s biggest warship, to protect a U.S. navy ship that might be going to help supply the USS Carl Vinson, the Asahi newspaper said.