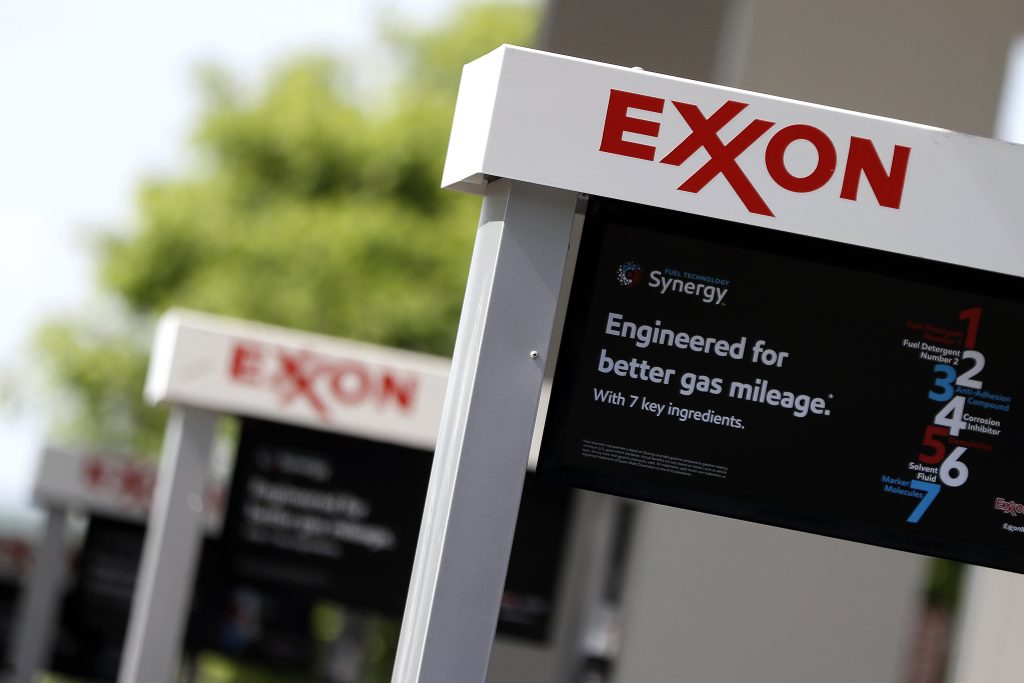 Exxon more than doubled its profit in the first quarter, as rising crude prices magnified the cost cuts made by the company as energy prices tumbled.

The Irving, Texas, company earned $4.01 billion, or 95 cents per share, for the three month period, up from $1.81 billion, or 43 cents per share, in the same period a year earlier. It’s the first year-over-year profit gain for Exxon since the third quarter of 2014, when the price of oil was just beginning a plunge that took it below $30 a barrel.

Analysts surveyed by Zacks Investment Research had expected 85 cents per share. Exxon does not adjust its reported results based on one-time events such as asset sales. Exxon’s revenue surged to $63.29 billion from $48.71 billion, but fell short of the $64.35 billion that analysts polled by Zacks were expecting.

The story was similar at Exxon rival Chevron, which posted a profit of $2.7 billion, reversing a year-ago loss of $725 million. While Exxon cut capital spending by 19 percent in the quarter, Chevron reduced capital spending by an even sharper 30 percent. Both companies have slashed spending while bringing online projects that were years in the making and are now contributing revenue.

A barrel of U.S. crude was trading for around $49 Friday. That’s half of what it sold for in June 2014, but an improvement from last year’s first quarter when the price briefly dipped below $30. An OPEC agreement to cut production helped boost oil above $50, but the price has fallen this month on concerns about increased U.S. drilling and questions about how long OPEC will maintain its cuts.

Last month, Exxon’s new CEO Darren Woods said that the company would increase production and has a mix of projects to handle any level of oil and gas prices. Woods rose to Exxon’s top job in January after his predecessor, Rex Tillerson, was named secretary of state by then-President-elect Donald Trump.