World At U.N., U.S. Calls for Pressure on Russia to Try to End Syria War
World 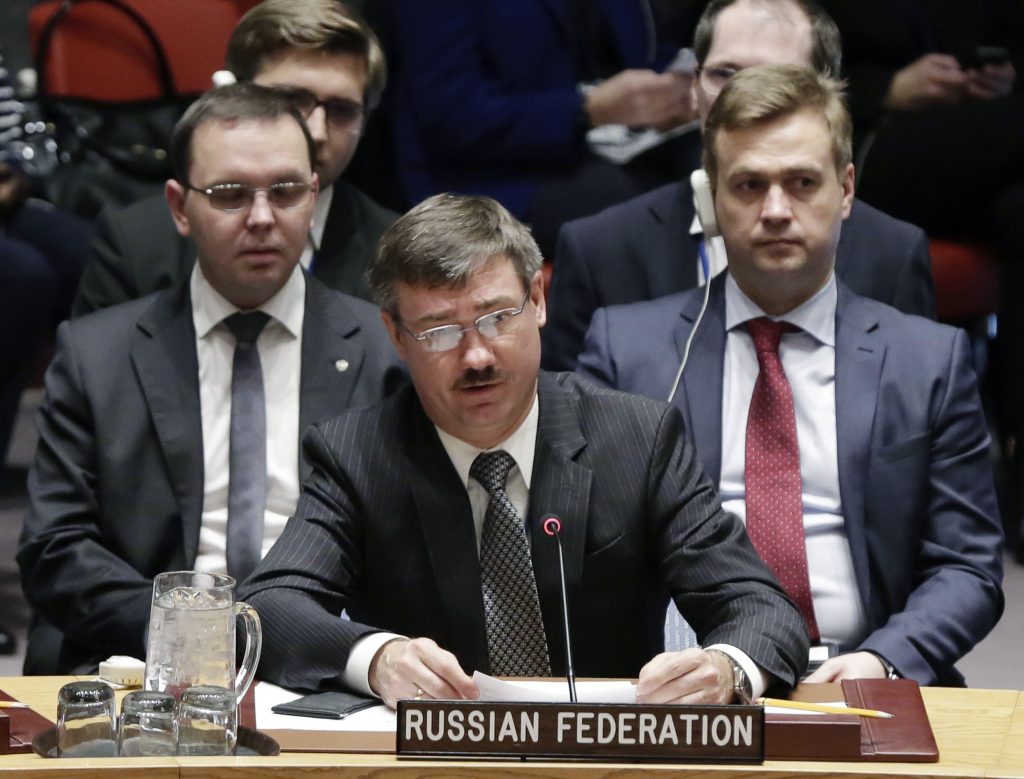 The U.S. ambassador to the United Nations, Nikki Haley, pushed the U.N. Security Council on Thursday to focus “all eyes and all pressure” on Russia to try and end the Syrian conflict and pressed for council action even if it faces a veto by Moscow.

“They are the ones who could stop this if they wanted to,” Haley said of Russia, an ally of Syrian President Bashar al-Assad during his country’s six-year-long civil war. “We need to put pressure on Russia.”

Russia has vetoed eight resolutions on Syria to shield Assad’s government from action, most recently blocking a council condemnation of a deadly chemical weapons attack that killed dozens of people, many of whom were children. China has backed Russia and vetoed six resolutions.

Responding to Haley’s remarks, Deputy Russian U.N. Ambassador Petr Iliichev told the council that Russia, Iran and Turkey were working to ensure compliance with a cessation of hostilities to allow delivery of humanitarian aid.

“Neither you nor Western colleagues said a single word about what you are doing to improve the situation,” Iliichev said.