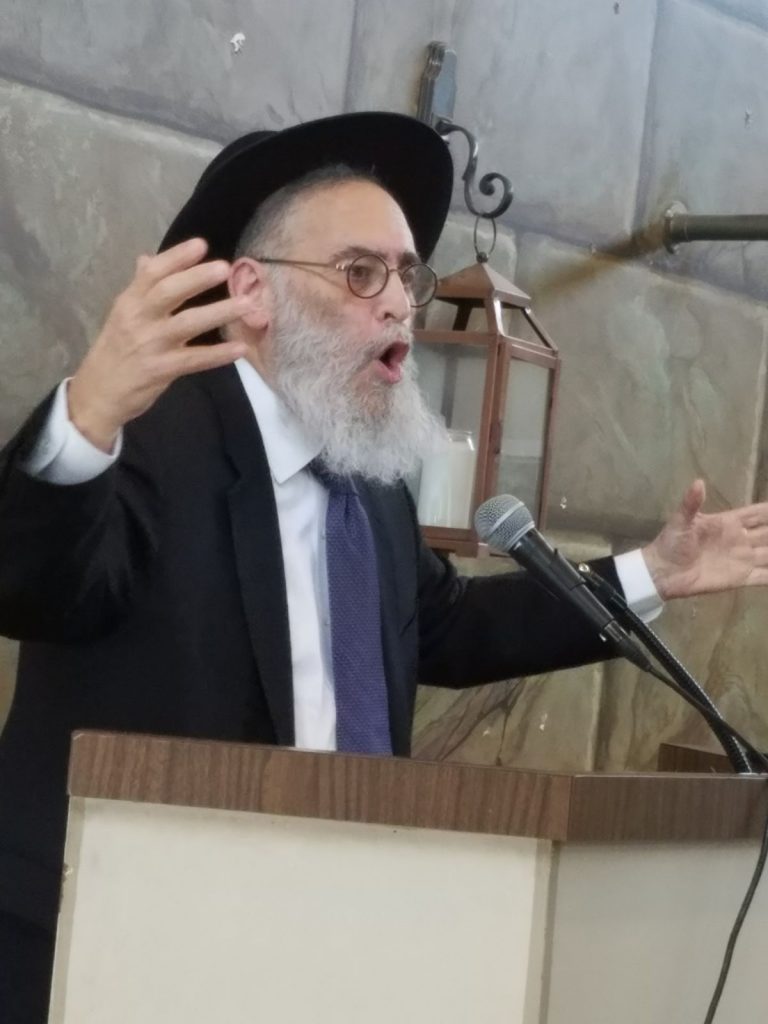 Mrs. Devorah (Debby) Sherer, widow of Rabbi Moshe Sherer, z”l, the long-serving President of Agudath Israel of America, was niftar Wednesday night at the age of 92. Mrs. Sherer exemplified kal kvodah bas melech pnimah, as her life was one of total subservience to her husband and his work for Klal Yisrael.

Devorah Sherer was born in Lithuania in 1924, the second of four daughters of Harav Shimshon Zelig and Rebbetzin Chayah Chavales Fortman. Rav Shimshon Zelig was a noted Rav and talmid chacham. In his 2009 biography of Rabbi Moshe Sherer, zt”l, author Yonoson Rosenblum describes the gadlus of Rav Shimshon Zelig, Devorah Fortman’s own upbringing in a home imbued with Torah, as well as her exemplary marriage to the man who would become the chief askan of Klal Yisrael.

Rav Shimshon Zelig had grown up in the town of Starobin. He and his brother Yisrael Tanchum were dynamic speakers; their father had died at a young age, and when the brothers were still teenagers, they helped support their mother by giving drashos in shuls during bein hazmanim.

As a youth, Shimshon Zelig crossed paths with a number of then- and future gedolim. In Starobin, he was close childhood friends with Hagaon Harav Moshe Feinstein, zt”l. And in Yeshivah Eitz Chaim in Slutsk, under the leadership of Hagaon Harav Isser Zalman Meltzer, zt”l, Rav Shimshon Zelig was a chavrusah of Hagaon Harav Elazar Menachem Man Shach, zt”l. In later years, whenever Rabbi Moshe Sherer would visit Rav Shach, the latter would greet him warmly as “Zelig Starobiner’s eidim.”

In 1930, Rav Shimshon Zelig and his family immigrated to America. Six months later, he was offered the rabbanus at Cong. Knesseth Israel in Far Rockaway, popularly known as The White Shul. It was a position he held for the rest of his life.

Rabbi Moshe Sherer began working in what was then known as Zeirei Agudath Israel in 1942, at the age of 21. In 1943, he and Debby Fortman – who had been working as a secretary in the Zeirei offices – were married.

For years before Mr. Tress was niftar in 1967, he was ill; by the early 1960’s, Rabbi Sherer had all but assumed the active duties as president, though Mr. Tress would retain the title until the end of his life. From 1967, Rabbi Sherer served as Agudah president until his own passing in 1998. Out of reverence to the legendary Mr. Tress and Rabbi Sherer, no one else would ever be known officially by the title “President of Agudath Israel of America.”

Throughout her husband’s life of dedication to Klal Yisrael, Mrs. Sherer was the very definition of a wife who sacrificed to support her husband’s holy work, without seeking any credit or fame.

“My mother’s whole metzius was hatznei leches,” Rav Shimshon Sherer, son of the nifteres, told Hamodia. “She took the ‘penimah’ in kol kvodah bas melech penimah to an unfathomable extreme. She gave her husband over to Klal Yisrael.”

Even in the early years of Agudah, when the organization was impoverished and the Sherers literally had difficulty putting food on the table, this eishes chayil was an unwavering rock; dedication to her husband –  supporting, encouraging and enabling his holy work – was the totality of Mrs. Sherer’s life.

“She lived it breathed it,” said Rav Shimshon Sherer. “She watched over it and protected him.

“Her whole life was one big penmah. She supported him completely – but never wanted the role of ‘First Lady.’ ”

Though her husband’s work often meant extremely late hours and international travel, Mrs. Sherer never complained about being unable to spend as much time with her husband as most wives. Rabbi Chaim Dovid Zwiebel – who began working in Agudah as Director of Government Affairs in 1984, and eventually became the organization’s executive vice president – told Hamodia that on the rare occasions that Mrs. Sherer mentioned anything to him about the superhuman efforts and long working hours required of her husband, she’d only say it in the context of concern for her husband’s well-being.

Rabbi Sherer himself frequently would tell Rabbi Zwiebel that he regrets that he was unable to give enough time to his family. “My wife is a tzadeikes for allowing me this kind of lifestyle,” he would say.

“He felt he could not have maintained these crazy hours and crazy schedule were it not for his wife being fully understanding and supportive, and he was very blessed in that respect,” says Rabbi Zwiebel.

And, in turn, Mrs. Sherer would frequently speak of with pride of the accomplishments of her husband and children.

The levayah was held in Boro Park on Thursday morning. Rav Shimshon Sherer noted that his mother used to say that she didn’t want hespedim at her levayah, insisting, “The levayah of my husband was yotzeh for both of us.” Indeed, Hakadosh Baruch Hu acceded to her wishes: As the levayah was held on Rosh Chodesh, when eulogies are not permitted, there was only one speaker – her son.

Rav Sherer noted that although hespedim are prohibited on Rosh Chodesh, the Gesher Hachaim – the noted sefer on hilchos aveilus – says that one can be maspid an isha chashuvah. Rav Sherer said that his mother qualifies as an isha chashuvah both because she was the daughter of a Kohen and the wife of a “melech.”

Kevurah was in Beth Moses Cemetery on Long Island.