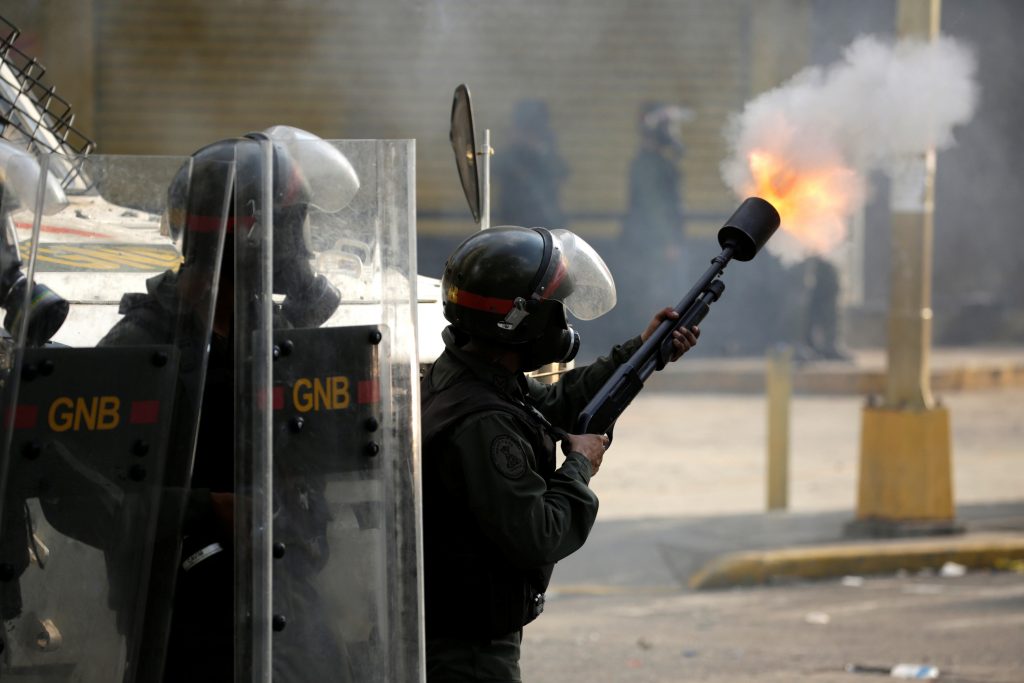 Thousands of protesters marched again in Venezuela’s capital Wednesday, with the rejuvenated anti-government movement showing no sign of letting up on political unrest that has been blamed for 29 deaths in recent weeks.

The mass of demonstrators paraded through downtown Caracas in an attempt to deliver a message to the national ombudsman, whose job is to stand up for citizens’ rights but who the opposition has tagged the “defender of the dictator.” The march was stopped before reaching his office as state security forces unleashed tear gas on protesters on the city’s main highway.

“The repression is very strong,” Luis Florido, an opposition lawmaker, said as he dodged plumes of tear gas.

The protest came as Venezuela’s socialist government threatened to pull out of the Organization of American States over criticism of the administration’s handling of its political opponents.