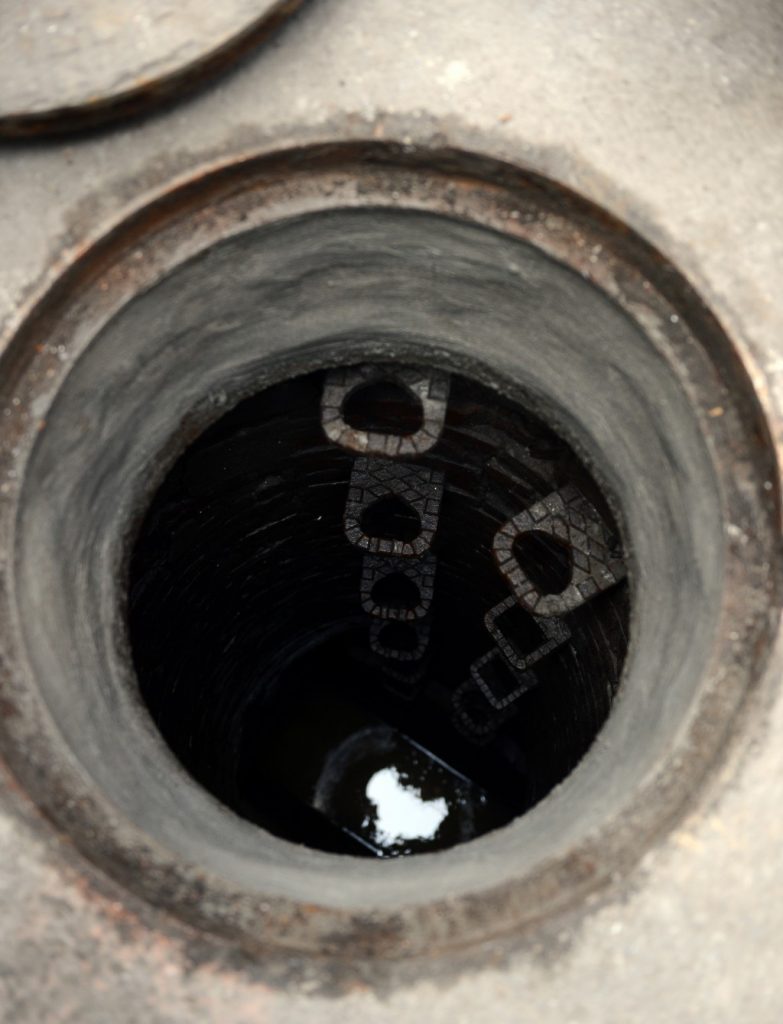 For many years, I remembered my mother, a”h, telling me how her father, Hy”d, was caught with a sefer Torah and sent to Treblinka. For many years, I had no way of obtaining any further information. What always disturbed me, however, was thinking about this man, who was all of 38 years old — a respected talmid chacham and a man of means — what did he think on his way to Treblinka, when he knew that he was leaving behind his hometown of Otwock, his mother, the almanah, and matriarch of the family? What about his wife and children hidden on the large estate? His eldest son, who at the age of 15 was already in a forced labor camp? And the remaining four children — my mother, 13; her two sisters, 11 and 9; and the little son, all of 5. What was the message he might have given had he had the opportunity to stop at their hiding place and bid them goodbye?

What did my grandmother, also all of 38, think when she sent my mother, her older daughter, to the post office, to dispatch an urgent telegram to her family in Radom asking them for help? What was the last message she might have given, when only a few moments after my mother left, the hiding place was discovered and my grandmother and her three youngest children, Hy”d, were murdered in cold blood?

(Seventy years later, the granddaughter of the caretaker, Joseph Novak, who had worked for my grandfather for over 20 years and then calculatedly turned them in to the Germans, did not hesitate to casually comment, “Oh — this room was full of bloodstains when my father-in-law moved in.”)

What did my mother think when she was stopped by two strangers from her mother’s hometown while she was at the post office and told, “Don’t go home; everyone was murdered.” What did my 15-year-old uncle think when he had to advise my mother to go with these strangers; that it was her only chance to survive? What did he think when he discovered that three weeks after my mother arrived in Radom, a terrible aktion occurred and 21,000 Jews had been deported in one day to the Belzec death camp — and still, my mother survived?

What gave him the strength to extricate her from a horrifying forced labor camp, from where she crawled out from under the wires? To promise a non-Jewish woman his father’s entire estate in exchange for hiding them? What gave my mother the strength to return home after they were thrown out by the Polish woman’s son? And once she arrived at her own home to check out the situation, what did she think when the “caretaker” Joseph Novack said, “If I see you once more, I’ll call the Gestapo on you.”

What gave my uncle the strength to protect his sister, to save her numerous times from certain death? To somehow make their way together to Warsaw by pretending they were Polish teenagers? To cross town through the underground sewer system? To accept, and to make difficult decisions at the tender age of 17? For 5 1/2 years, my mother and her brother fought valiantly for their lives. And then, on the very day of liberation, while they were finally being set free by a Soviet army unit, her brother, Menachem, z”l, was arrested by another Soviet unit on suspicion of collaboration with the Nazis as a “Volkadeutsche.”

Again, my mother was left alone; a sole survivor in a tumultuous world after liberation. She didn’t think — she acted. The only surviving daughter of her rich, respected father left her birthplace with a little knapsack on her back and made her way to Eretz Yisrael. In Bucharest, Romania, all alone, once she received her travel certificate, she sat down to cry. Why? Because they wanted her to travel on Shabbos, and she could not accept that.

When I asked her what gave her the strength to continue still, her answer was, “I learned a lot from my father.” And so all her life, she continued in his ways, and kept every minhag she remembered from growing up in his home. “It was not a story,” she said. “It was a way of life I wanted to continue and implement in my own home.”

Every year, before and on Yom Hashoah, we are flooded with stories; some of which are very important, very strong, and relay the right message. My issue is not with these stories. My issue is with the people who believe that on Yom Hashoah, all we need to do is present a story, but they do not incroporate the messages of these stories. What I learned from my mother and her brother is that only when you uphold your ancestors’ legacy and implement their values in your home — and continue to live it — only then do you have a chance that your children will follow in the paths of your parents and grandparents, and perpetuate the legacy they wanted more than anything to instill in their descendants.

Let us remember; let us continue their life, their legacy. This is not a matter of one day a year. It is a mandate for a lifetime.