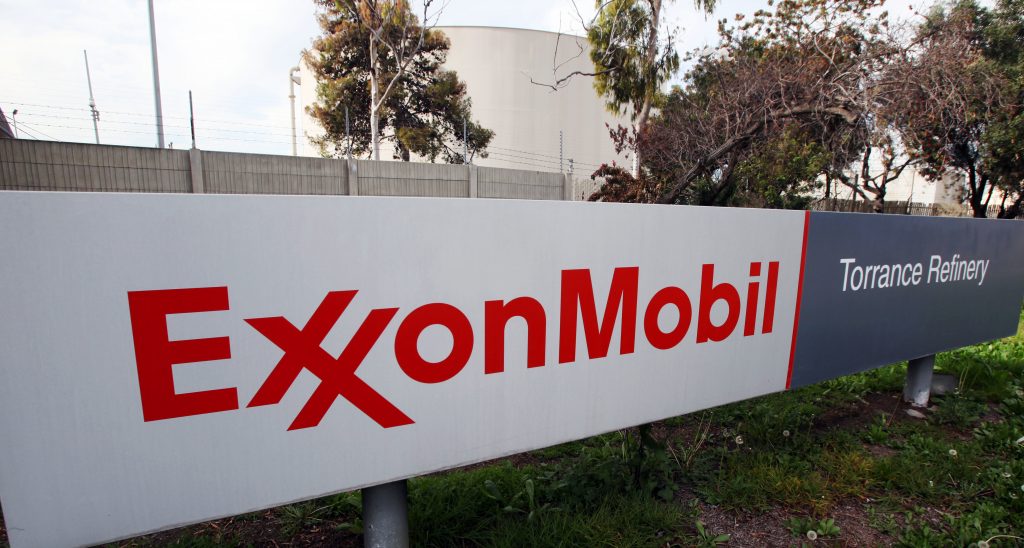 Exxon-Mobil has boosted its dividend every April for at least a decade, delivering more than $98 billion directly to shareholders.

This year, the payout will likely rise again. The open question is by how much.

Exxon slowed quarterly dividend growth the last two years as the industry fought through the worst price rout in a generation. Now, with oil prices stuck at around $50 a barrel and with little guarantee they’ll rise by much, analysts are debating whether the company remains conservative, boosting its free cash flow, or if it will reward investors who stuck with it through the lean times.

Exxon raised its dividend 2 cents a year ago to 75 cents. Now, Bloomberg Dividend Forecasts estimates the Irving, Texas-based company will announce a 4 cent boost on Wednesday. The current payout costs $12.7 billion a year, more than at any other S&P 500 company. Each penny adds about $170 million a year.

“We think a dividend hike of this magnitude is at risk given the deterioration of underlying cash flows through the industry downturn,” said Chris Kettenmann, chief energy strategist at Macro Risk Advisors, in a note to clients. “No asymmetric risk looms larger in our view than dividend risk at the global oil majors.”

Since topping $58 a barrel in January, the international Brent benchmark has slid about 10 percent and futures markets don’t expect the price to approach $58 territory again until 2024. While that could change if the Organization of Petroleum Exporting Countries prolongs its output cuts, the extraordinary rise of the U.S. shale boom has tempered hopes for a large increase.

With that in mind, and given the small increase last April when Brent averaged about $43, a 4-cent dividend rise “sounds a little high,” said Brian Youngberg, an Edward Jones & Co. Analyst in St. Louis who has a hold rating on Exxon’s stock. He expects the company to split the difference, coming in with a 3 cent rise to 78 cents.

Exxon’s historical drive to deliver healthy payouts to investors is running headlong into management’s cautiousness about preserving cash for drilling during oil-market slumps, he said.

Since the market rout kicked off more than 2 1/2 years ago, Exxon’s free cash flow turned negative twice, the worst performance since the company assumed its modern form with the 1999 takeover of Mobil Corp., according to data compiled by Bloomberg.

Now, it’s coming off a quarter when analysts estimate the company racked up its largest quarterly profit increase in 14 years.

In its heyday in 2008, when Brent was marching toward $147 a barrel, the company raked in more than $17 billion in free cash flow during a single three-month period. That’s more than three times the $5.31 billion it’s expected to disclose with first-quarter results on Friday, based on the estimates from two analysts in a Bloomberg survey.

Net income for the January-March period probably more than doubled to $3.81 billion, based on the average forecast of 13 analysts.

The earnings report will shed light on Chief Executive Officer Darren Woods’ first quarter on the job since his January succession of Rex Tillerson, who is now U.S. secretary of state.

Woods sought to reassure investors and analysts about his commitment to dividend growth during the company’s annual strategy presentation at the New York Stock Exchange in March. He noted that annual payouts have risen for 34 straight years and that even during the doldrums last year, Exxon’s increase outpaced that of all its major rivals.

Exxon is “geared to deliver sustainable, long-term shareholder value,” Woods said during the March event. “We are committed to paying a reliable and growing dividend over the long term.”

Sam Margolin, an analyst at Cowen Group Inc., says history is still the best guide when it comes to Exxon’s behavior. Elongating the streak of 30-plus years of dividend boosts “is probably the objective,” and the doubling in crude prices since January 2016 provides an ample cushion, according to Margolin,

“Commodity prices are strong compared to where they were this time last year,” Margolin said. “That gives them some strength to work with.”