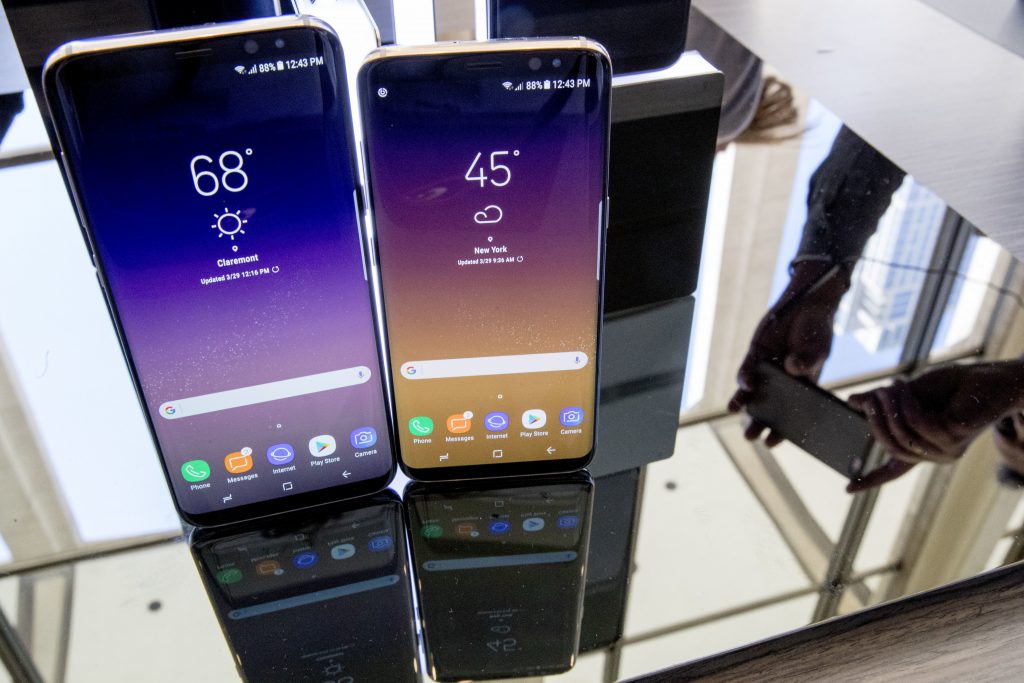 Samsung’s latest phones, the Galaxy S8 and S8 Plus, feature big wraparound screens and lots of glass. They also appear to break more easily, according to tests run by SquareTrade, a company that sells gadget-repair plans.

The nearly all-glass design of the phones makes them beautiful, SquareTrade said, but also “extremely susceptible to cracking when dropped from any angle.”

The new phones have received positive reviews from The Associated Press and other outlets. Samsung says that advanced orders for the S8 were 30 percent higher than for the Galaxy S7 phones. The company didn’t release specific figures. The S8 starts at $750, which is about $100 higher than the S7.

SquareTrade said Monday that cracks appeared on screens of both the S8 and S8 Plus after just one face-down drop onto a sidewalk from six feet. The phones had similar problems when dropped on the backs and sides.

Unsurprisingly, both models did well in water-drop tests. The phones had some audio distortion, but that is typical and temporary. The S8 has water-resistance features.

SquareTrade didn’t test the phones’ battery, the source of problems that led to a recall of Samsung’s Galaxy Note 7 phone.