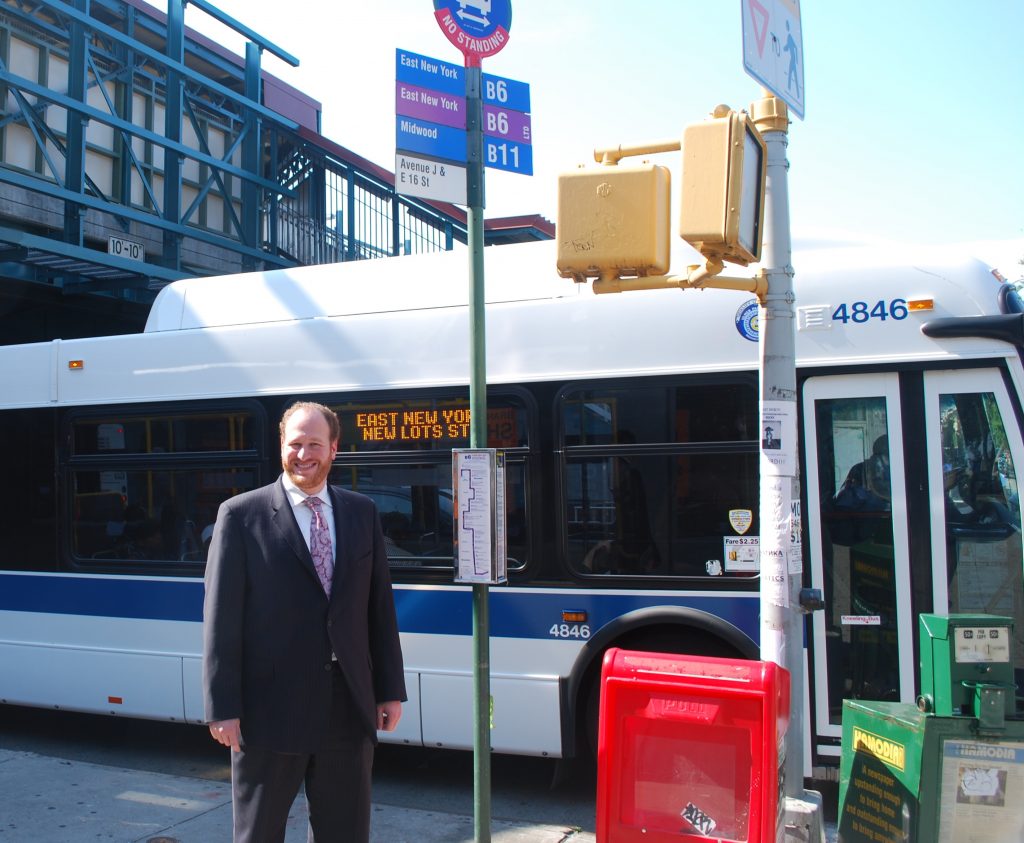 The MTA will increase the number of B11 buses which cross through Boro Park and Midwood after a survey found the line was above capacity during peak hours.

The additional buses will run during the morning rush hours, helping to alleviate commuter wait time and reduce crowding. The route travels from Sunset Park through Boro Park into Midwood.

The councilman who represents the district, David Greenfield, had urged for the increase during a City Council meeting last month. He thanked the city’s transit system on Monday for the response.

“No one should be late for work because they couldn’t fit onto the bus they were been waiting for,” Greenfield said. “New York owes its residents effective transportation, and I’m happy that we’re making good on that obligation.”