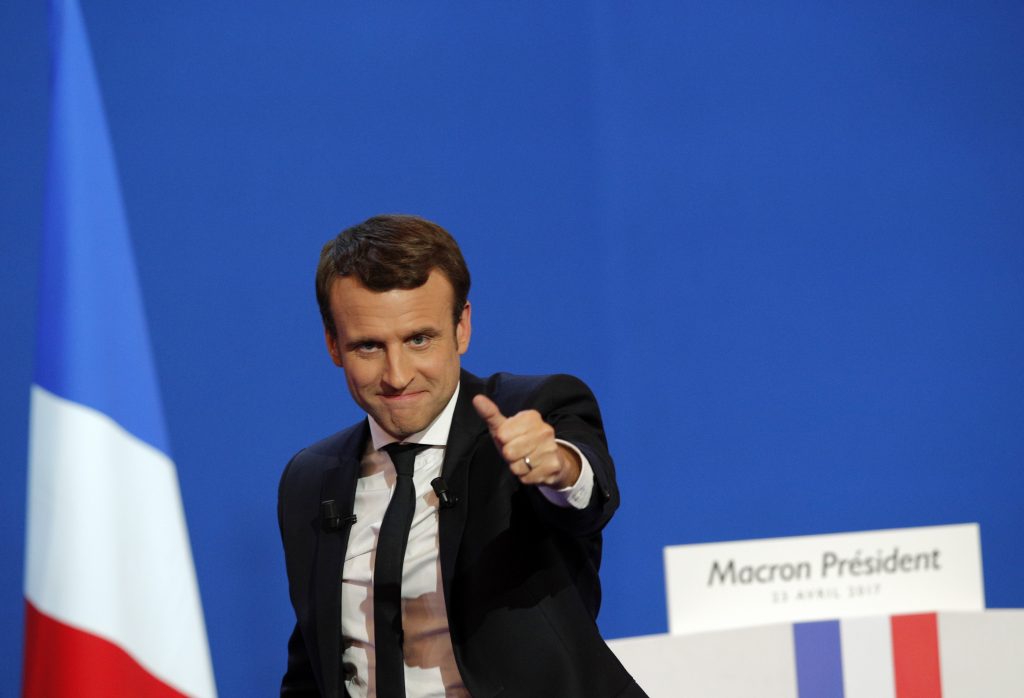 As relief rallies go, this is as good as they come.

European markets have jumped higher, with France’s main index hitting its highest level since early 2008, amid relief over the results of the first round of the French presidential election.

Though Marie Le Pen of the far-right National Front came second with 21.5 percent of the vote and will contest the runoff on May 7, the favorite to be the country’s next president is the centrist Emmanuel Macron, who came top with around 24 percent.

Following Britain’s vote to leave the European Union and Donald Trump’s surprise victory in the U.S. presidential election, the hope in the markets is that the rise of populism around the world – and the associated potential unpredictability in policymaking – may have peaked.

The prospect of a Macron presidency has certainly been viewed positively in the markets, with the CAC 40 stock index in Paris surging 4.1 percent on Monday to close at 5,268.85, its highest level since early 2008.

Other European benchmarks have risen as well – the STOXX 600 index of leading European shares gained 2.1 percent, while the euro struck a five-month high against the dollar and by late Monday was trading at $1.0860.

“The first round of the French elections was unremarkable in one sense: the result came in very close to the indications from the opinion polls,” said Steven Bell, chief economist at BMO Global Asset Management. “But the extent of the market reaction shows how nervous investors were, worried that the actual polls would deliver another shock result.”

The result was very much in line with opinion polls, shoring up confidence in the markets that the pollsters’ number-crunchers will get round two right, too, with Macron winning by around 20 percentage points. Endorsements for Macron from the established French parties of the center-right and center-left will likely make it even tougher for Le Pen to get an absolute majority in the second vote.

“It would take a numerical shock perhaps 5-10 times larger than Brexit or Trump for Le Pen to win,” said Jim Reid, a strategist at Deutsche Bank.

The view in the markets is that Macron, a 39-year-old former banker, will be a steadier hand at the tiller compared with Le Pen, who wants to clamp down on immigration, tighten borders in the wake of a wave of terrorist attacks and has proposed pulling France out of the European Union and its euro currency.

Macron was an economy minister in Socialist President Francois Hollande’s administration but grew frustrated at his inability to push through the reforms that he thinks are necessary to get the economy and public finances in better shape. He’s also strongly in favor of keeping the country open and is pro-EU.

Still, if the last year has taught anything, it’s that nothing is over until all the votes have been cast. After all, a few months ago, Francois Fillon, the candidate from the center-right Les Republicains, was the favorite to succeed Hollande before a scandal involving his wife’s employment status derailed his campaign.

“It will be interesting to see whether the same complacency that left us surprised last June – when the U.K. voted to leave the EU – creeps back into the markets in the coming weeks,” said Craig Erlam, senior market analyst at OANDA.

Even if the polls are correct, Macron will likely find governing difficult, as his young party will struggle to get a majority in the parliamentary elections in June, meaning he will have to work with other parties. Like the United States, there are strong checks and balances in the system to prevent too much power in the hands of one individual.

Macron’s En Marche movement is struggling to find suitable candidates for those elections and doesn’t have the grassroots network that Les Republicains, the Socialist Party or Le Pen’s Front National can draw upon.

“It remains unclear how much of his reform agenda he will be able to implement,” said Marion Amiot, senior economist at Oxford Economics.