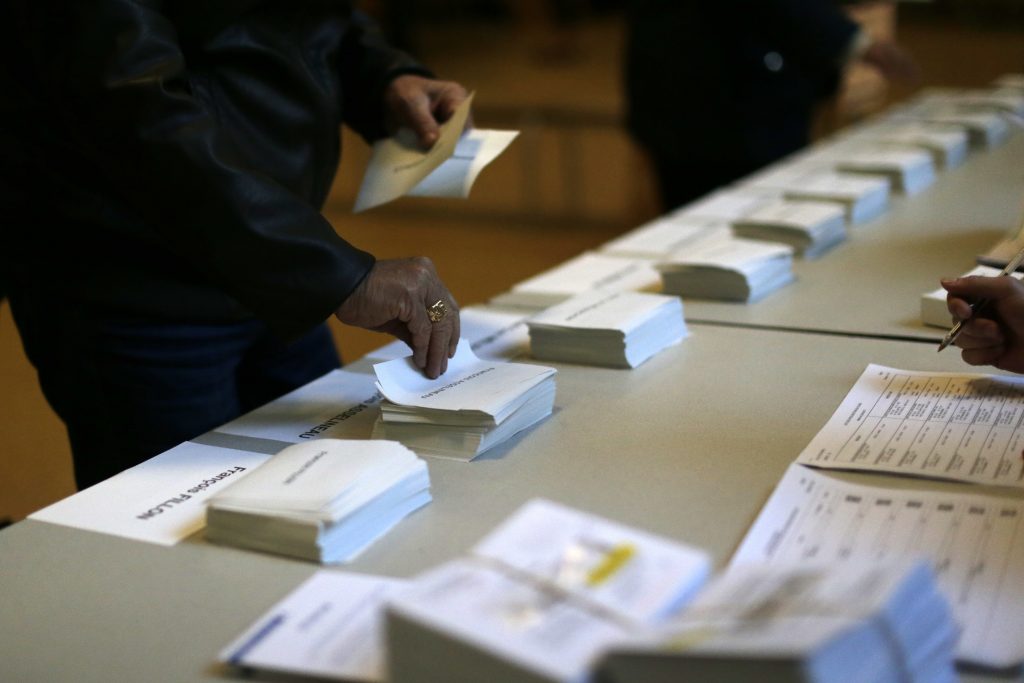 Pollsters projected that pro-Europe centrist Emmanuel Macron and far-right populist Marine Le Pen both advanced Sunday from the first round of voting in France’s presidential election, setting up a winner-takes-all runoff on May 7.

The selection of Le Pen and Macron would present voters with the starkest possible choice between two diametrically opposed visions of the European Union’s future and France’s place in it.

With Le Pen wanting France to leave the EU, and Macron wanting even closer cooperation between the bloc’s 28 member states, the projected outcome Sunday means the presidential runoff would have undertones of a referendum on France’s EU’s membership.

Voting took place amid heightened security in the first election under France’s state of emergency, which has been in place since gun-and-bomb attacks in Paris in 2015.