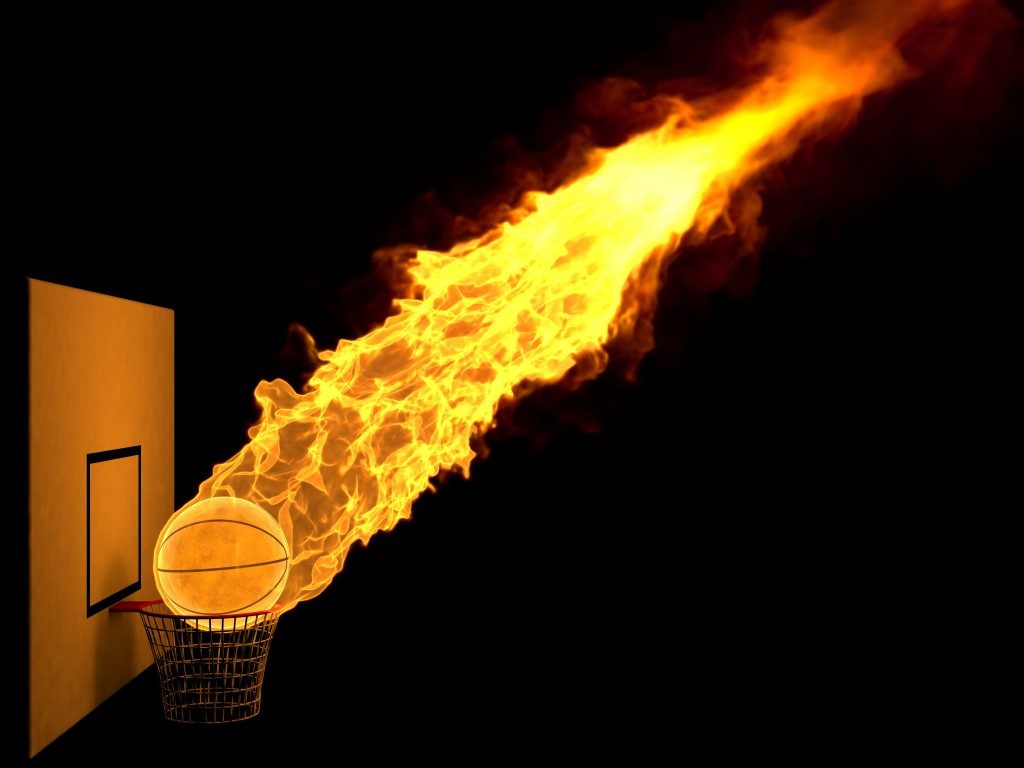 “He’s on fire” sounds alarming. That is, unless it is a commentary about someone playing basketball, successfully scoring basket after basket. “Hot hand” and “in the zone” are synonymous expressions used to describe the being-on-a-streak phenomenon. Interestingly enough, in 1985 a group of psychologists employed mathematical probability formulas to prove that there really is no such thing as “being on fire.” Meaning, the occasional streaks of making a number of shots in a row is just as random — from a statistical probability point of view — as missing a number of shots in a row. Although hotly contested at first, it ultimately prevailed as the authoritative scientific viewpoint, and held as such for 30 years. Until a few weeks ago. In a March 27 article published in The Conversation, Joshua Miller, assistant professor of Decision Sciences at Bocconi University, expounded at length on a critical flaw that he calls “The Principle of Restricted Choice.” Because of the need to analyze a shooting attempt that follows a streak of scoring, Miller avers, a researcher is inevitably forced into a situation of assessing a shooting attempt that carries a significantly higher probability of being a miss, which necessarily corrupts the resultant data conclusion.

The upshot of Miller’s paper is that what common conception held (before the psychologists in 1985 debunked it for the next 30 years) regarding the idea that a player can “be on fire,” or — in Miller’s words — “that on occasion these players enter into a special state in which their ability to make shots is noticeably better than usual” is, in fact, a scientifically viable position. “The hot hand,” Miller added, “makes intuitive sense. For instance, you can probably recall a situation, in sports or otherwise, in which you felt like you had momentum on your side — your body was in sync, your mind was focused and you were in a confident mood. In these moments of flow, success feels inevitable and effortless. … While perhaps you shouldn’t get too carried away,” Miller concludes, “you can believe in the magic and mystery of momentum in basketball and life in general, while still maintaining your intellectual respectability.”

Of course, it’s only “magic and mystery” if you view the world solely through the lens of statistical probabilities and random variables. For those of us fortunate enough, though, to be aware of the underlying reality of hashgachah pratis, there is nothing magical and mysterious about it. At least, not in the sense of being without any reasonable explanation. True, Chazal make it clear that we can’t necessarily know why it is at any given moment or for any given individual that the Ribbono shel Olam sometimes dispenses special siyatta diShmaya for success — or withholds it — and, in that sense, it most definitely is mysterious. But mysterious in the sense of lacking any plausible rhyme or reason — just utterly random — that it is not. Because, although the pattern of nature with which Hakadosh Baruch Hu runs His world is indeed designed to operate to a great extent on the basis of random variables, ultimately, there is nothing random about it at all.

This dichotomy is reflected in the way Chazal refer to these streaks of success: shaah mesachekes lo (Brachos 7b). It’s one of those expressions that defies literal translation. “Time is laughing/playing for him” just does not do it justice. Clearly, something like “he’s on a lucky streak” is a much more accurate way of conveying the meaning. Nonetheless, as clear as Chazal make it that such “lucky streaks” are dispensed from Above, the very expression they use to describe it reflects our human inability to understand the Heavenly calculations behind these dispensations. As we read in the Haftarah of a Taanis, “for My thoughts are not your thoughts, and My ways are not your ways.”

There is something about these “lucky streaks,” though, that Hashem did deem fitting to reveal to us in His Torah — namely, the concept of eis ratzon — an auspicious time. When Moshe Rabbeinu experienced the revelation of the 13 middos harachamim, he recognized that it was an eis ratzon and took advantage of the opportunity to make bold requests for Klal Yisrael.

Harav Yisroel Reisman, in one of his famous navi shiurim, once commented that we should not view this as an esoteric concept, but a most practical one. “When things are going well for you,” Rav Reisman underscored, “seize the moment.” You are on a successful streak because the Ribbono shel Olam is affording you special siyatta diShmaya. If things are suddenly on the up in business, then now may very well be the right moment to tackle a seemingly intractable chinuch issue that you’ve wanted to address for the longest time, but just never saw the opening. And vice versa. If the homestead is going really well, it may well be the right time to ask your boss for that raise that you feel is long overdue. No, don’t throw caution to the wind; but, yes, do recognize the streaks of “being on fire” (read: siyatta diShmaya) when they come your way, and capitalize on the opportunities.