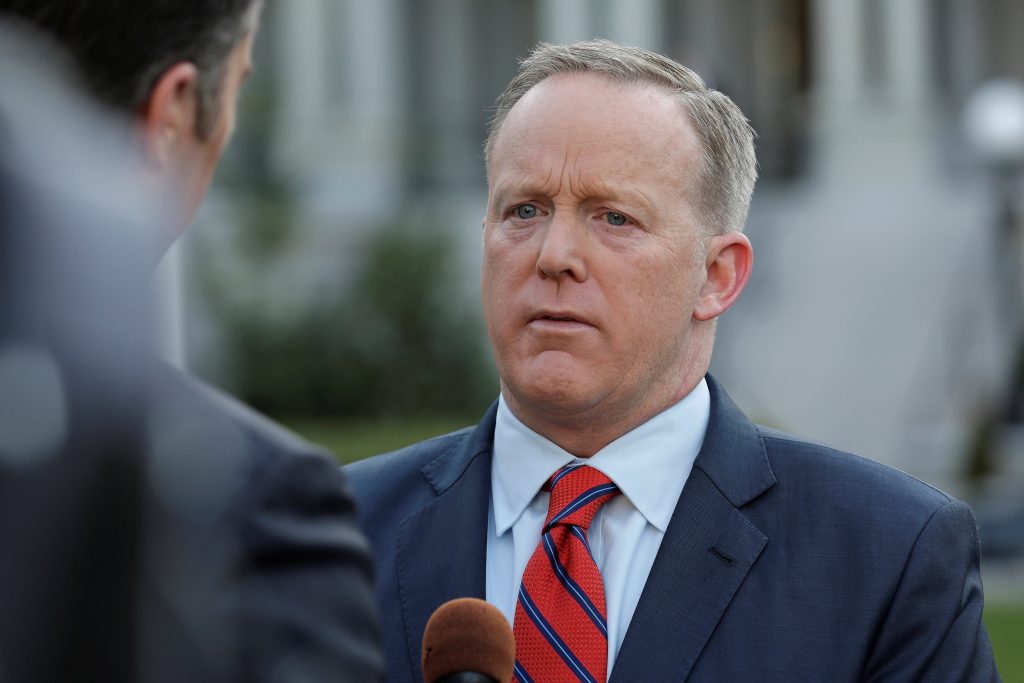 White House spokesman Sean Spicer said on Wednesday he had let down President Donald Trump with his “inexcusable and reprehensible” comments comparing the use of poison gas by Syria’s president to the atrocities of Adolf Hitler.

“I made a mistake. There’s no other way to say it. I got into a topic that I shouldn’t have and I screwed up,” Spicer said during an event at a museum in Washington. “On both a personal level and a professional level that will definitely go down as not a very good day in my history,” he added.

Spicer triggered an uproar at a White House briefing on Tuesday while discussing chemical weapons use by the government of Syrian President Bashar al-Assad, saying that even Hitler did not use chemical weapons during World War II.

The comments drew sharp criticism on social media and elsewhere for overlooking the fact that the Nazis killed millions of Jews and others in gas chambers. 87 people, including children, were killed in last week’s chemical weapons attack in Syria.

Offered a chance to clarify his remarks during Tuesday’s briefing, Spicer attempted to draw a distinction between the two different uses of deadly chemicals. Later on Tuesday, he apologized for his handling of the topic.

On Wednesday, Spicer said the comments were “inexcusable and reprehensible.”

He said it also was disappointing from a professional standpoint, especially after what he said were “an unbelievable couple of weeks” of Trump’s presidency.

He noted that President Trump had bombed a Syrian air base in a forceful response to chemical weapons use by Assad’s government and said President Trump’s hosting of Chinese President Xi Jinping last week had produced “tremendous progress.”

“Your job as the spokesperson is to help amplify the president’s actions and accomplishments,” Spicer said. “And when you’re distracting from that message of accomplishment … it’s disappointing because I think I’ve let the president down.”