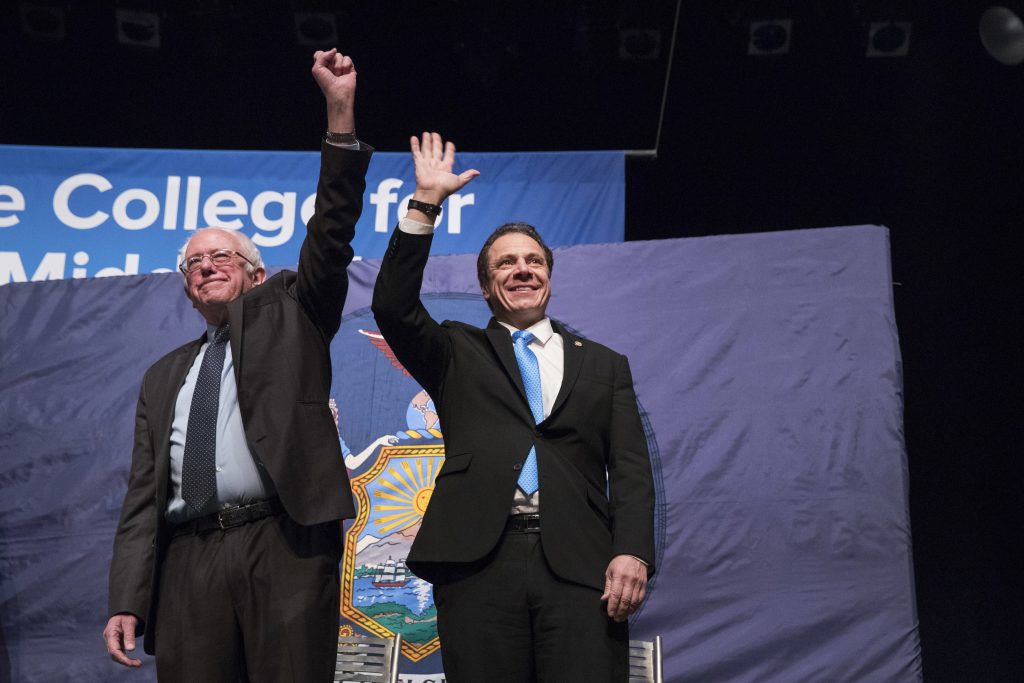 New York state will be the first in the nation to offer free college tuition to middle-class students under a new state budget deal worked out by Democratic Gov. Andrew Cuomo and lawmakers.

“You want to talk about a difference government can make? This is the difference that government can make,” said Cuomo, a Democrat, when he announced the deal late Friday. The budget contains almost all of Cuomo’s major proposals for the year and includes, he said, some of his proudest achievements with lawmakers.

The Democratic-led Assembly approved the major budget issues Saturday. The Republican-controlled Senate will return to Albany on Sunday evening to vote on the deal before a two-week holiday break begins Monday evening. Senate Leader John Flanagan already has expressed his support.

Here’s a look at the details of the budget’s biggest initiatives:

Students from families making $125,000 will be eligible for free tuition at state universities and colleges under Cuomo’s Excelsior Scholarship program, the first initiative of its kind in the country. The program won’t cover room and board, however, and students must be enrolled full time and maintain sufficient grades and residency requirements.

The initiative will be phased in over three years, with families making $100,000 or less eligible in the fall of 2017, with the threshold rising to $125,000 in 2019. About 940,000 families in the state will meet the income criteria when the program is fully implemented.

The budget also has $19 million for a new tuition award program for students at private colleges.

Raising the age of criminal responsibility for 16- and 17-year-old offenders emerged as a top priority for Assembly Speaker Carl Heastie and other Democrats and also was one of the greatest sticking points for a budget. The agreement will raise the age slowly, to 17 in October 2018 and to 18 a year later.

Under the deal, young offenders will no longer be incarcerated in adult prisons and jails but will go to juvenile facilities where they can receive additional rehabilitation and treatment.

Non-violent offenders could apply to have their criminal records sealed after a 10-year waiting period.

Similar reforms have been proposed in North Carolina, the only other state with such a young age of criminal responsibility.

After years of failed attempts, Uber and Lyft finally will be able to move into upstate cities such as Buffalo, Syracuse, Rochester and Albany. The ride-hailing apps had been limited to the New York City area but are expected to begin service upstate 90 days after the budget is approved.

Counties and cities with a population of 100,000 or more will have the power to opt out, though many upstate mayors already have gone on record supporting ride-hailing.

Tighter campaign finance laws, term limits for lawmakers and new rules restricting outside income were left out of the budget again this year. Following widespread complaints from last year’s elections, Cuomo proposed changes, including early voting and automatic registration, but those weren’t included in the final agreement either.