Politics Kushner, Bannon Sit Down to Work Out Differences on Trump’s Orders
Politics 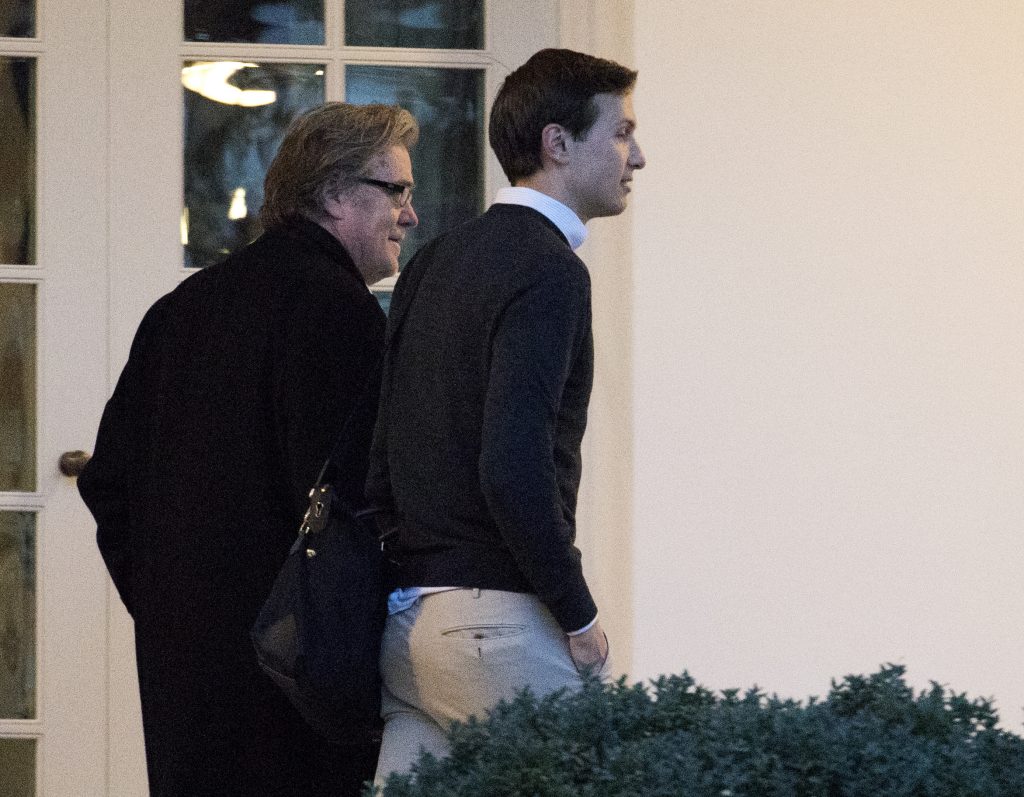 According to one of the officials, the meeting ended amicably, with both men agreeing to work together to advance Trump’s agenda.

Kushner and Bannon had increasingly clashed in recent weeks over the policy direction of the White House, including issues such as trade, taxes and immigration. Kushner, the president’s son-in-law, is considered principal among a group of White House aides with more moderate political leanings.

Allies of Bannon’s inside and outside the White House derisively refer to Kushner, National Economic Council Director Gary Cohn and deputy national security adviser Dina Powell and others as the “liberal Democrat” wing of Trump’s White House.

Kushner and other aides worried that Bannon’s fixation on “deconstructing” government had not served Trump well in the first months of his presidency.

As the drama spilled out into the open and onto newspaper front pages, Trump – a devotee of hard-copy newspapers – was irritated to find the dispute dominating the news cycle while his order authorizing a missile strike in Syria and three meetings with world leaders faded into the background, according to one senior official.

“His view is, ‘I don’t like seeing this stuff boil over into the news,'” the official said.