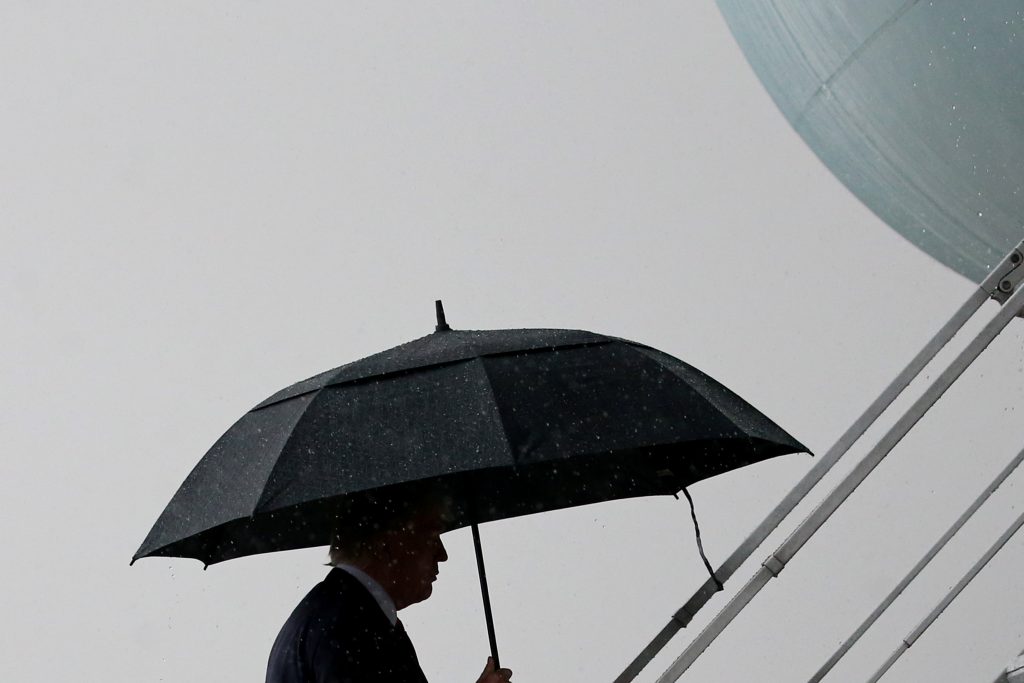 The Trump administration is weighing military retaliation against the Syrian government following a chemical attack Tuesday that killed scores of civilians, but it is complicated by the presence of Russian forces in the country and concerns about U.S. troops deployed in Syria in the campaign against the Islamic State, according to U.S. officials.

The Pentagon is in the process of presenting options to the White House on potential military responses, which could include strikes on Syrian military targets and actions designed to ground the Syrian air force.

Senior White House officials met on the topic Wednesday evening in a session that lasted into early Thursday, and Defense Secretary Jim Mattis, Secretary of State Rex Tillerson and Army Lt. Gen. H.D. McMaster, the national security adviser, have communicated repeatedly about the issue since Tuesday’s attack, the officials said.

Some officials urged immediate action, warning against what one described as “paralysis through analysis.” But others were concerned about second- and third-order effects, including the response of Russia, which also has installed sophisticated air-defense systems in Syria, according to the officials who spoke on condition of anonymity to discuss internal deliberations.

Mattis called the attack a “heinous act” that would be “treated as such,” and President Trump suggested that he was deeply affected by the sight of the children and “beautiful babies” who were killed.

On Thursday, Tillerson said, “We are considering an appropriate response for this chemical weapons attack that violates all previous U.N. resolutions, that violates international norms…It is a serious matter. It requires a serious response.”

The United States has a broad arsenal already in the region, should President Trump decide to attack, including dozens of strike aircraft on the USS George H.W. Bush, an aircraft carrier that is deployed to the Middle East and accompanied by guided-missile destroyers and cruisers that can also launch Tomahawk cruise missiles.

Additionally, an amphibious naval force in the region that includes the 24th Marine Expeditionary Unit could muster Harrier jets and Cobra gunship helicopters. The Pentagon also has scores of aircraft in the region flying operations every day against the Islamic State group, including from Incirlik air base to the north in Turkey.

U.S. Central Command has had plans for striking the Syria government for years, but those plans would potentially need to be tailored to the precise goals of a strike in response to the chemical attack.

Officials said that one consideration in examining a possible response is the presence of hundreds of American troops within Syria. Officials said there were measures in place to protect those troops, but declined to give details.

U.S. aircraft also would have to contend with a modest web of Syrian air defenses and potentially more advanced types of surface-to-air missiles provided by Russia. One of Assad’s more prevalent systems, the S-200, was used to target Israeli jets last month, but missiles were intercepted by Israeli defense systems. The S-200 has a range of roughly 186 miles, according to U.S. military documents, and can hit targets flying at altitudes of around 130,000 feet.

Russian S-300 and S-400 missiles, located primarily around Hmeymim airbase in eastern Syria, have a shorter range than the S-200, but have more advanced radar systems and fly considerably faster than their older counterparts used by Syrian forces. The S-300 has range of roughly 90 miles and could also be used to target incoming U.S. cruise missiles.

Sen. John McCain, R.-Ariz., chairman of the Senate Armed Services Committee, said in an interview Thursday that he and President Trump have discussed Syria in the last few days, but that the president did not talk in particular about military options.

McCain, who has long backed a more aggressive response to the Assad government, laid out a short list of goals if the U.S. strikes.

“Take out his air assets. No airplane should fly. No more barrel bombs. No more sarin gas,” the senator said.

“I know that he was deeply moved, as we all were, at the spectacle of this slaughter,” McCain said.