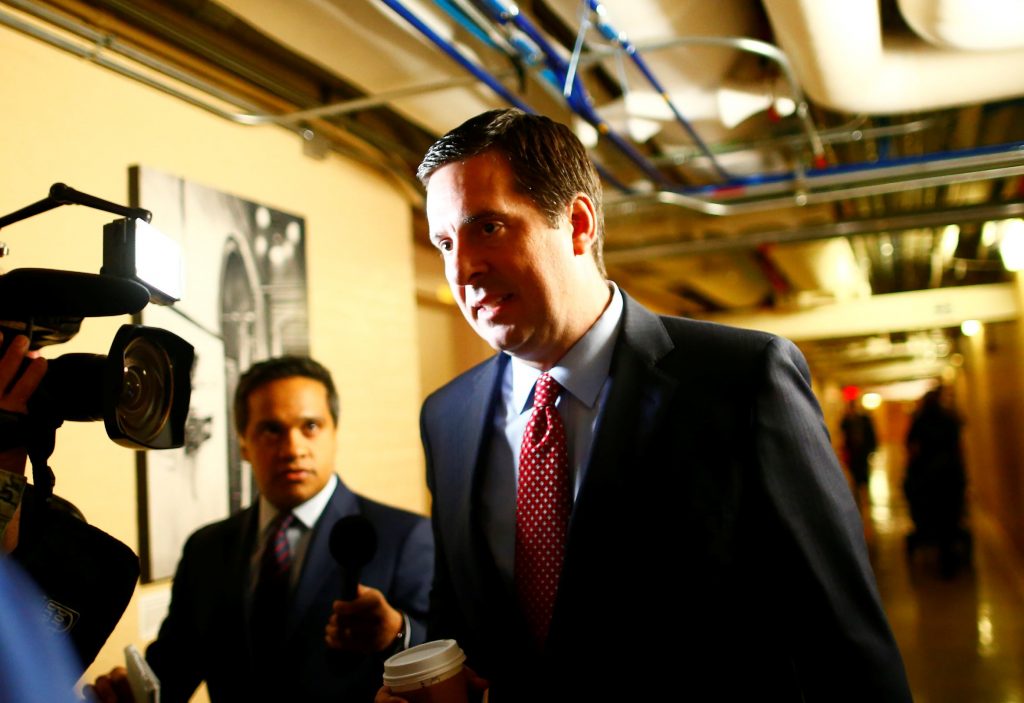 The chairman of the House of Representatives’ Intelligence Committee, Devin Nunes, said on Thursday that he was temporarily stepping down as head of the panel’s investigation into Russia, citing what he said were “entirely false” accusations filed against him with the Office Of Congressional Ethics.

Representative Nunes issued the following statement: “Several leftwing activist groups have filed accusations against me with the Office of Congressional Ethics. The charges are entirely false and politically motivated, and are being leveled just as the American people are beginning to learn the truth about the improper unmasking of the identities of U.S. citizens and other abuses of power. Despite the baselessness of the charges, I believe it is in the best interests of the House Intelligence Committee and the Congress for me to have Representative Mike Conaway, with assistance from Representatives Trey Gowdy and Tom Rooney, temporarily take charge of the Committee’s Russia investigation while the House Ethics Committee looks into this matter. I will continue to fulfil all my other responsibilities as Committee Chairman, and I am requesting to speak to the Ethics Committee at the earliest possible opportunity in order to expedite the dismissal of these false claims.”