Business Taser Changes Its Name, to Give Every Police Officer in the U.S. a Free Body Camera for a Year
Business 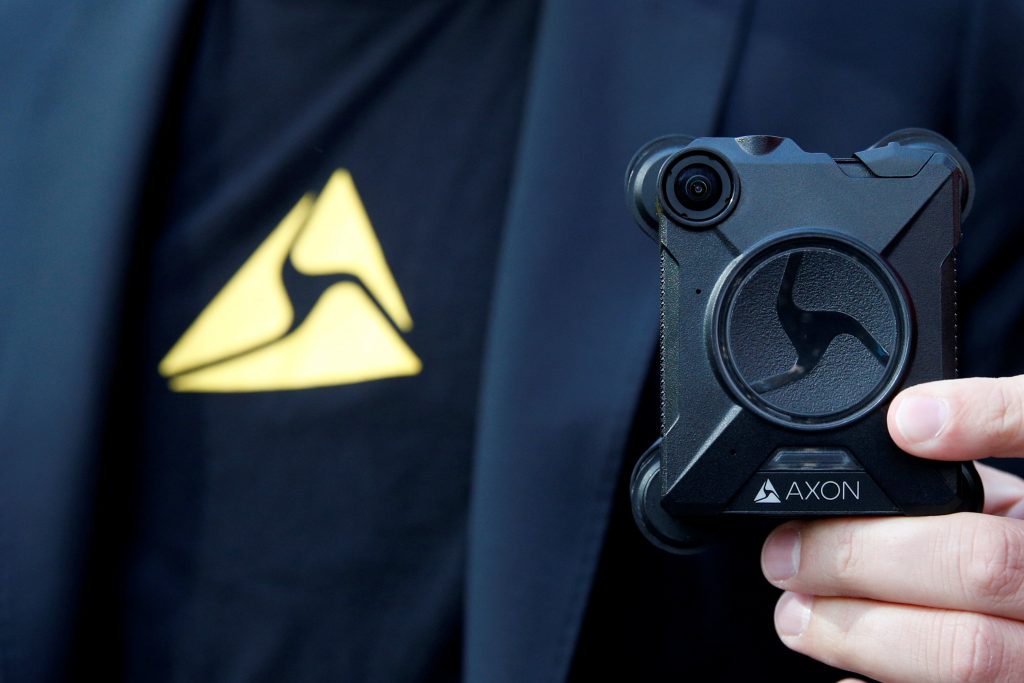 Taser International, the company behind the ubiquitous shock devices carried by law enforcement officers nationwide, announced Wednesday that it was changing its name as part of a shift toward focusing on body cameras worn by police.

To underscore that change, Taser said it was taking on a new corporate name – Axon Enterprise – drawn from the Axon cameras the company produces, rather than the controversial electric devices, which can deliver a painful shock to a small area or temporarily incapacitate someone.

As part of Wednesday’s announcement, the company said it planned to try to equip every police officer in the United States with a body camera.

“We believe these cameras are more than just tools to protect communities and the officers who serve them,” Rick Smith, the company’s chief executive and founder, said in a statement. “They also hold the potential to change police work as we know it, by seamlessly collecting an impartial record and reducing the need for endless paperwork.”

In a trial offer, Taser says it would give every sworn officer a free camera along with online data storage, training and support for a year. After that trial period, the police departments would either send back the cameras or buy them.

The company still plans to sell Tasers, though, which Smith called “one of our flagship products.” According to the company, these devices are used by more than 18,000 law enforcement agencies in more than 100 countries – the vast majority of them in the United States – and have saved more than 180,000 people from death or serious injury.

The devices have also long been controversial. Smith, the company’s chief executive, told the Huffington Post that the Taser name “can be a little polarizing.”

In a 2015 investigation, The Washington Post found that about one person per week died that year in incidents where Tasers were used. While a link between the Tasers and those deaths was not clear, Tasers were mentioned in at least a dozen cases as one factor on the autopsy reports or cause-of-death.

Tasers have been the source of most of the company’s revenue, according to financial filings. The company reported net sales of $268 million last year, up substantially from $197 million in revenue in 2015.

Most of this came from Taser devices and cartridges, which accounted for $202 million in sales last year, compared to the $65 million from Axon-related cameras and Evidence.com, which allows for storage of footage and other data. The Axon-related sales saw a much bigger jump, nearly doubling from a year earlier, while Taser sales went up by about a quarter.

The company has made no secret of its ambitions beyond the Taser devices, with a spokesman telling The Post in 2015 that wearable technology represented the company’s future.

“Our core goal is to have every officer in the world carry a TASER, deploy an Axon camera and be connected to the Axon network,” the company said in its annual report last year.

Video footage has been a key factor in several of the deadly shootings that turned into national flash-points, and more and more shootings are being recorded. Some footage that winds up widely spread across social media and cable news has been recorded by police dashboard cameras and bystander cellphones, but an increasing number of shootings recently have been captured by body-worn cameras.