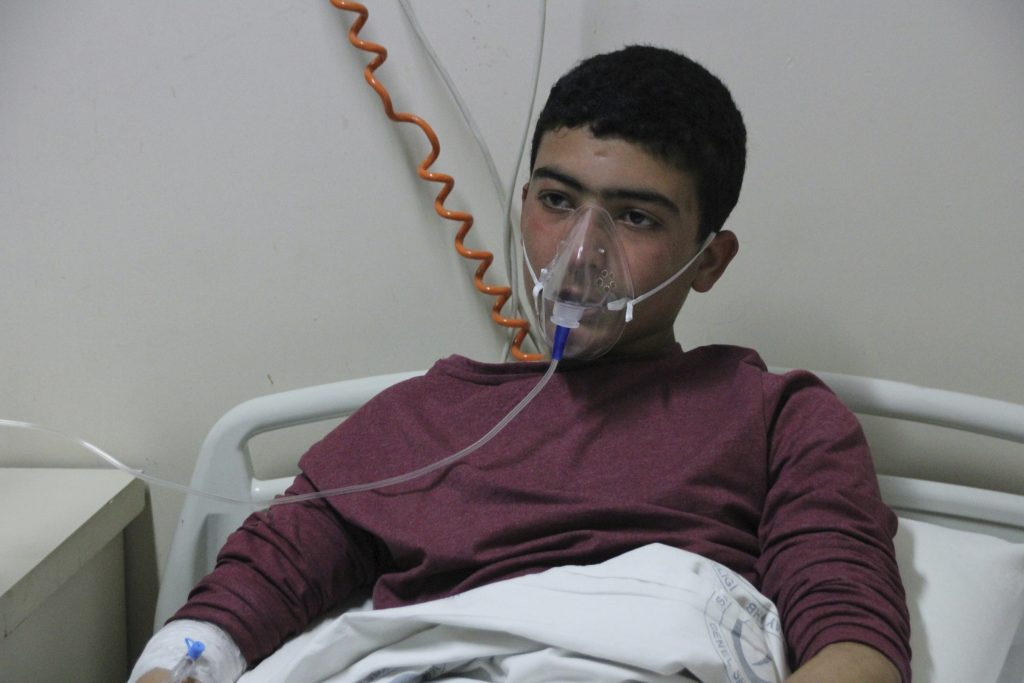 The death toll from a suspected chemical attack on a northern Syrian town rose to 75 on Wednesday as activists and rescue workers found more terrified survivors hiding in shelters near the site of the assault, one of the deadliest in Syria’s civil war.

A Syrian opposition group said renewed airstrikes hit the town of Khan Sheikhoun a day after the attack, which the Trump administration and others have blamed on the government of President Bashar Assad, as well as his main patrons, Russia and Iran.

Damascus and Moscow have denied they were behind the attack. Russia’s Defense Ministry said the toxic agents were released when a Syrian airstrike hit a rebel arsenal, an account Britain dismissed at an emergency U.N. session called in response to the attack.

British Ambassador Matthew Rycroft said the U.K. had seen nothing that would suggest rebels “have the sort of chemical weapons that are consistent with the symptoms that we saw yesterday.”

Russia said it would submit information from its Defense Ministry to the Security Council debate.

A resolution drafted by Britain, France, and the U.S. stresses the Syrian government’s obligation to provide information about its air operations, including the names of those in command of any helicopter squadrons on the day of the attack.

Diplomats were also meeting in Brussels for a major donors’ conference on the future of Syria and the region. Representatives from 70 countries were present.