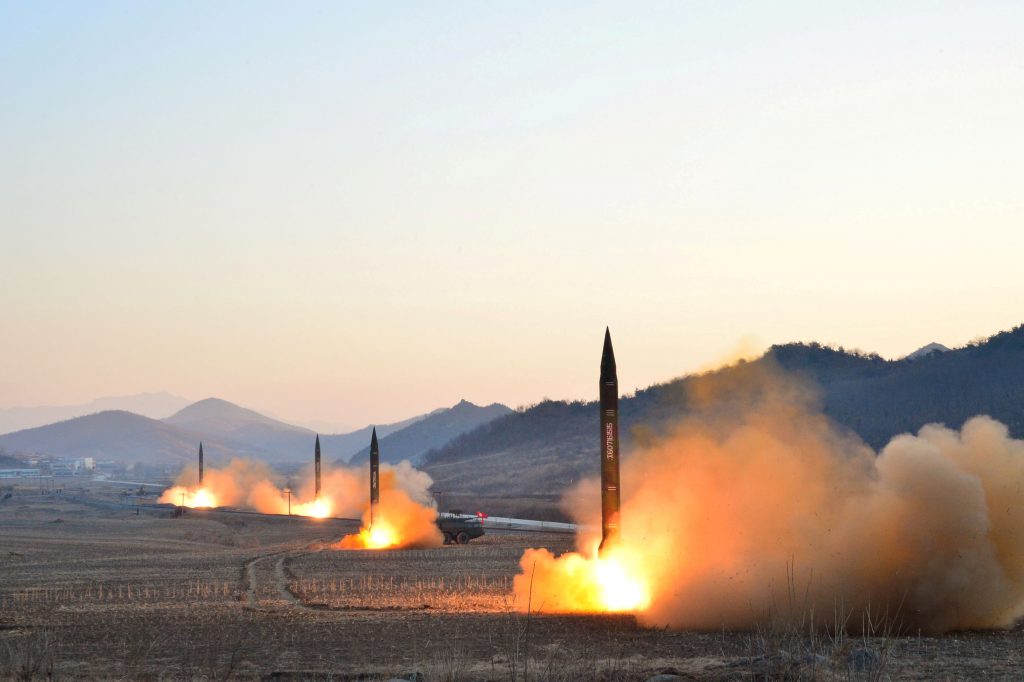 North Korea fired a ballistic missile on Wednesday from its east coast into the sea off the Peninsula, South Korea’s military said, ahead of a summit between U.S. and Chinese leaders who are set to discuss Pyongyang’s arms program.

The launch was from Sinpo, a port city on the North’s east coast, and the missile flew about 60 km (40 miles), South Korea’s Office of the Joint Chiefs of Staff said in a short statement. Sinpo is the site of a North Korean submarine base.

The launch comes just ahead of a summit meeting between U.S. President Donald Trump and China’s President Xi Jinping this week where adding pressure on the North to drop its arms development will take center stage.

Any launch of objects using the ballistic missile technology is a violation of U.N. Security Council resolutions but the North has defied the ban as infringement of its sovereign rights to self-defense and pursuit of space exploration.

North Korea attempted to launch a ballistic missile two weeks ago from its east coast and earlier in March fired four missiles towards Japan, some of which came as close as 300 km (190 miles) to Japan’s coast.

The North is believed to be developing an intercontinental ballistic missile (ICBM) that can hit the United States and its leader, Kim Jong Un, has vowed to test-launch one at any time.

Experts and officials in the South and the United States believe Pyongyang is still some time away from mastering all the technology needed for an operational ICBM system, such as re-entry of the atmosphere and subsequent missile guidance.

Topping the agenda of the U.S.-China summit in Florida will be whether Trump will make good on his threat to use crucial trade ties with China to pressure Beijing to do more to rein in the nuclear-armed North.

A senior U.S. White House official said Trump’s meeting with Xi was a test for the U.S.-Chinese relationship and that Trump wants economic ties that are fair, balanced and based on reciprocity.