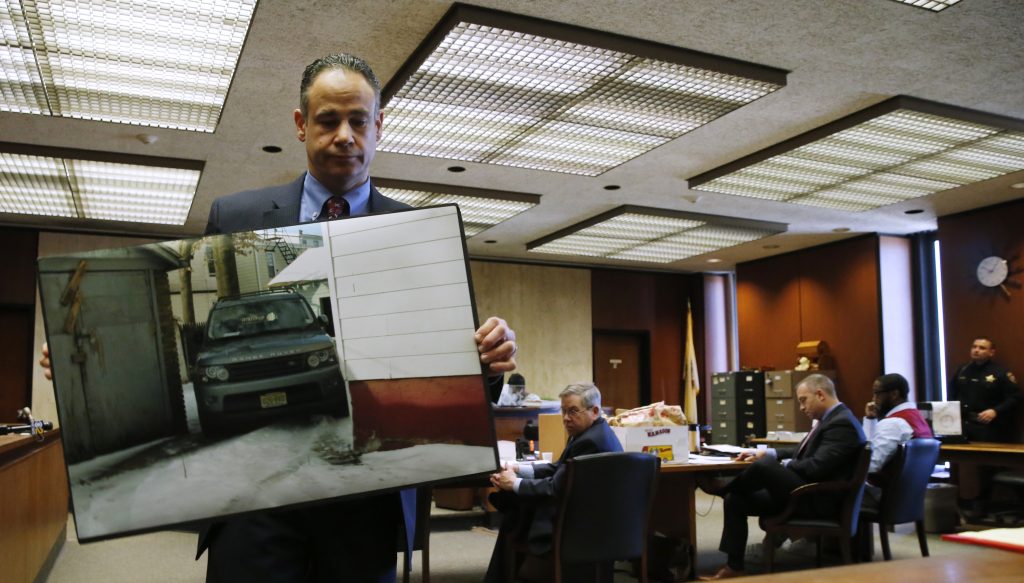 The getaway driver in a deadly carjacking at an upscale New Jersey mall was found guilty of murder Friday.

Basim Henry was convicted of all counts against him after prosecutors said he was among four men involved in the December 2013 carjacking and fatal shooting of 30-year-old Dustin Friedland, a Jewish attorney, at The Mall At Short Hills in Millburn.

Henry’s was the first trial stemming from the carjacking of the Hoboken man’s Range Rover that ended with him being shot to death.

Henry testified that he drove three men to the mall to steal a vehicle, but his attorney argued that Henry wasn’t responsible for the shooter’s actions.

Friedland’s wife testified earlier this month that she saw her husband struggling with two men in the parking deck of the mall. She said one of the men fatally shot her husband before she was ordered out of her Range Rover and the men drove off in it.

“I saw a struggle. This all happened within 10, 15 seconds. I saw the struggle. I saw the taller man who was behind the driver’s side door. I saw him put the gun to Dustin’s head. I heard bang bang,” she testified.

Prosecutors said Henry “knew force was necessary” to get the car. They presented testimony, cellphone analysis and video that showed Henry followed another Range Rover from the mall three days earlier.