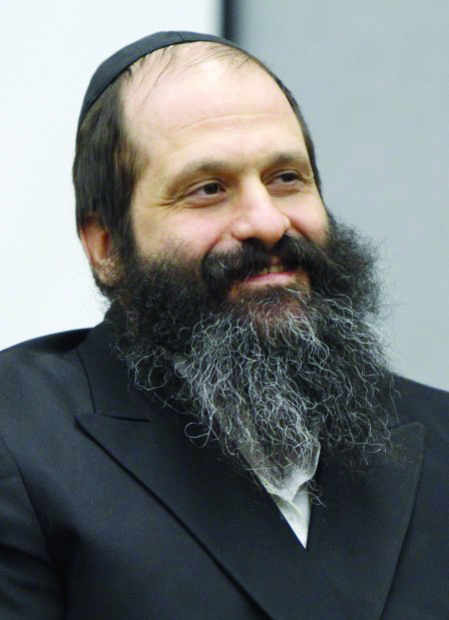 Attorneys for Sholom Mordechai Rubashkin filed an application on Thursday for a certificate of appealability to the U.S. Court of Appeals for the 8th Circuit, their latest effort to seek justice in a case that has horrified the Jewish community and earned the outrage of legal scholars throughout the country.

The move came nine weeks after Judge Linda Reade of the U.S. District Court for the Northern District of Iowa — the same judge who issued Mr. Rubashkin’s lengthy sentence in the first place — turned down a petition seeking a new sentencing and evidentiary hearing for Mr. Rubashkin.

In that filing, known as a 2255 petition, Rubashkin’s attorneys cited reams of new evidence indicating that the prosecutors wrongfully interfered in the Agriprocessors bankruptcy proceedings, intimidating potential buyers and thereby dramatically decreasing the ultimate sale price. In addition, they charged that, at Rubashkin’s sentencing, the prosecutors knowingly presented false testimony to conceal the impact their actions had on the loss incurred by the victim bank — thereby misleading the judge into laying the blame on Mr. Rubashkin and sentencing him to 27 years in prison.

In the latest filing, the attorneys asked that a circuit judge issue a certificate of appealability on whether the government violated Mr. Rubashkin’s due process rights by: withholding significant evidence on loss amount and presenting false testimony at his sentencing hearing, leading to an increase under the United States Sentencing Guidelines equating to nearly 25 additional years’ imprisonment; failing to disclose the trial judge’s substantial personal involvement in the government investigation giving rise to the charges against Mr. Rubashkin; and withholding information from a cooperating witness on money-laundering charges that, had it been disclosed, would have created a “reasonable probability” of acquittal on those charges.

It also asked the appeals court to review whether the trial court judge should have recused herself from hearing the 2255 petition. Mr. Rubashkin’s lawyers had asked Ms. Reade to recuse herself back in February 2014, but the judge turned down the request as well.

The Rubashkin legal team declined to comment on the latest filing, but a legal observer who has followed the case for many years told Hamodia that he found it to be “painful reading.”

“This application basically lists the facts of the case, and is mostly comprised of quotes from the Judge’s ruling, the various affidavits, the history of the case — and the relevant case law. In keeping with court protocol, the filing is very factual and filled with legal jargon, but the facts speak for themselves, and the miscarriage of justice is heartbreaking,” he said. “One can only hope that at the appeals court level, Mr. Rubashkin will receive the justice he has been denied for so long.”

The filing notes that underlying Judge Reade’s ruling is the application of the legal principle that a “non-constitutional” error in calculating the Sentencing Guidelines range “is not cognizable” [within the jurisdiction of the court] in post-conviction review proceedings such as a 2255 petition, and indicated that “any error in calculating a defendant’s sentence — even if caused by Brady and Napue violations — is not cognizable under 2255 unless the sentence exceeds the statutory maximum [the highest amount of punishment a person can receive].

“If accepted, this conclusion means the government may violate Brady and Napue with impunity at a sentencing hearing as long as the violations do not result in a sentence in excess of the statutory maximum. The accuracy of such a conclusion is not merely debatable; it cries out for the Eighth Circuit’s attention,” the attorneys argue.

Brady is a famous 1963 Supreme Court decision in which the court declared that “the suppression by the prosecution of evidence favorable to an accused upon request violates due process where the evidence is material either to guilt or to punishment, irrespective of the good faith or bad faith of the prosecution.”

Napue is a 1959 landmark Supreme Court decision that declared that a prosecutor is prohibited by the Constitution from knowingly presenting false testimony and is obligated to inform the judge when the prosecutor knows that false evidence has been presented.

The attorneys argue that in this case, the violation of Napue is clear cut.

During the trial, Ms. Paula Roby, an attorney who represented Joseph Sarachek, the trustee appointed by the bankruptcy court to oversee the sale of Agriprocessors, testified that she was unaware of any prohibition on the involvement of Rubashkins in the new entity, that any rumors regarding a prohibition on Rubashkins were “very unreliable,” and that trustee Sarachek “worked very, very hard to dispel any rumors that were in the community [regarding a ‘No Rubashkin’ rule].”

She also claimed that the prosecutors’ use of forfeiture ultimately had no impact on the bankruptcy sale process, and claimed not to know the government’s position on certain matters relating to Rubashkin family involvement in the new entity.

Yet as part of the 2255 petition, Rubashkin’s attorneys submitted handwritten notes taken by James Reiland, another attorney representing bankruptcy trustee Joseph Sarachek, at a December 5, 2008, meeting between representatives of Sarachek and the U.S. attorney’s office. In addition to Reiland and his partner Julian Solotorovsky (a former federal prosecutor himself) — both of whom gave affidavits confirming the accuracy of these notes — Ms. Roby (who was their co-counsel for the bankruptcy trustee) was present and actively participated in the meeting.

According to the notes, Assistant U.S. Attorney Richard Murphy said, in unmistakable terms, “No Rubashkins is very important to us — non-negotiable.”

Roby was literally the next person to speak after Murphy pronounced the “No Rubashkin” rule and asked whether there were “any other non-negotiables,” to which Murphy responded, again, that there could be “no involvement of Rubashkins from any standpoint.”

In the sentencing memorandum, the Judge declared that “the court credits Roby’s testimony and discredits testimony from Defendant’s witnesses.” That confirms that Roby’s testimony, which, as the Rubashkins’ lawyers argue, the prosecutors clearly knew was false, played a pivotal role in the Judge’s decision to give such a lengthy sentence.

Mr. Rubashkin’s attorneys also stress that in her lengthy ruling, Judge Reade failed to address Rubashkin’s most powerful evidence that the actions and position the prosecutors had taken had an adverse effect on the bankruptcy sales price: a previously undisclosed letter from First Bank [the institution that suffered the financial loss when the company was ultimately sold at a fraction of its worth] and declarations from bankruptcy trustee Sarachek confirming the harmful impact of the government’s position.

“The lower court Judge ignored the thrust of the arguments made by Rubashkin and the evidence they produced,” the legal observer noted. “Now it is up to the appeals court to decide whether they wish to rectify it.”

“Perhaps what is most startling — as the attorneys note in their application — Judge Reade stated in her denial that even if the prosecutors had admitted that it was their actions that caused the financial loss to the bank, she would have sentenced Mr. Rubashkin to the same 27 years. This is a position that should really catch the attention of appeals court judges,” the legal observer added.

On Sunday night, the family celebrated the bar mitzvah of Sholom Rubashkin’s youngest son, who was only four when his father was incarcerated. The Bureau of Prisons rejected a request for Rubashkin to be allowed to leave prison for a few hours so he could attend the bar mitzvah.