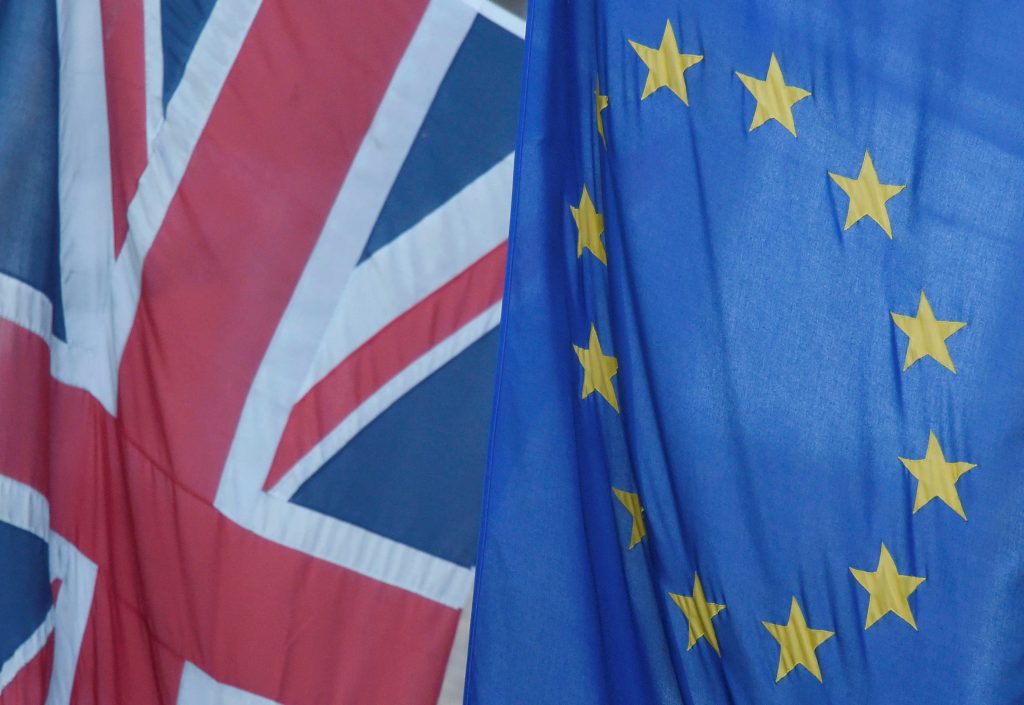 After nine months of preparation, bitter public argument and a battle with parliament, British Prime Minister Theresa May is launching talks with the European Union armed with a plan she hopes will secure a better divorce deal than many expect.

But what is it? Although May has published a policy document outlining a 12-point approach to the talks that will reshape the future of Britain and the EU, many companies, investors and voters are not quite clear about her strategy.

The British leader has been reticent about what she hopes to achieve so as not to give her hand away. But government officials, lawmakers and analysts say privately that May believes she has some strong cards to play, while also hoping that EU officials will favor pragmatism over punishment.

Earlier, her letter to European Council President Donald Tusk had triggered Article 50 of the EU’s Lisbon Treaty to start up to two years of talks on Britain’s departure from the bloc.

May and her ministers have ambitious goals in the talks. They want “frictionless” trade, control over immigration and restoration of sovereignty while maintaining as much cooperation as possible with Britain’s nearest neighbors.

But the 12 priorities she set out in January are broad enough to allow room for maneuvre, and May hopes to leverage Britain’s strengths in security, defense, criminal justice and international aid to help negotiate her main demand for a free trade deal, several government sources said.

She is also willing to pay into EU programs that Britain may otherwise be excluded from by Brexit, has signalled that she expects some kind of transitional agreement and is preparing to copy the body of EU law over into British legislation to minimise uncertainty.

While trying to inspire goodwill before the talks, the British government will also try to exploit rifts in the European Union, making much of troop deployments on the bloc’s eastern border against an increasingly assertive Russia.

But while May’s focus is winning what she calls the “best possible deal” for Brexit, her government is also looking beyond, courting the United States, India and China while trying to attract technology and creative industries to a country which one minister said needed to market itself.

“What we are going to do is be ambitious in our negotiation,” May told parliament late last year, a mantra to reassure business she would try to get the maximum possible access to the EU’s single market.

The message is upbeat despite May’s aides saying she will not reveal any details of the government’s negotiating stance before negotiations start.

But behind the scenes, civil servants have been told not only to draft a plan A but also a plan B, an aide in one government department told Reuters, aware the EU is in no mood to offer generous terms that could encourage other members to bolt for the door.

The aide said each department has been told to find areas where they could compromise. But any hint that May might break Brexit promises in areas such as fishing rights could turn public opinion against the prime minister and split her party.

For many veteran eurosceptics in the ruling Conservative Party, Wednesday’s triggering of Article 50 is the culmination of years of lobbying against what they describe as an interfering and wasteful union.

There is little chance they will allow May to backtrack on her commitment to break with the European Court of Justice and end the supremacy of EU law, possibly tying her hands over what she can or cannot compromise on.

The balancing act is perilous. With the majority of lawmakers in parliament pro-EU, May’s slim majority will all but depend on the eurosceptic Conservative MPs, with additional pressure from well-financed ‘leave’ lobby groups and the U.K. Independence Party promising to be the “guard dog of Brexit.”

On the other side are nationalists in Scotland and Northern Ireland. The Scottish government wants a new independence referendum, encouraging calls for a similar vote in Northern Ireland, which voted to remain in the EU.

May has refused to allow Scotland a new referendum in the time scale demanded by First Minister Nicola Sturgeon and stood firm on her refusal to share her negotiating stance, which the Scottish government has described as “intransigence.”

On past experience, May is unlikely to give ground.

The stakes are high for her personally as the success or failure of the talks will determine her political legacy and her ability to win an election.

She has been riding high in opinion polls since taking over as prime minister from David Cameron, who quit after the Brexit referendum, and the opposition Labour Party is in chaos, but she has no experience of leading her party in an election.

What is as yet unclear is whether she has settled on her own list of priorities for the talks. After spending months asking companies, universities, hospitals and banks among others what they want, most have no clue whether their demands will be met.

“There is a backlog,” the departmental aide said, adding that May’s desire for detail means that all reports are sent to her office at Downing Street and looked over by herself and her two most trusted aides, Nick Timothy and Fiona Hill.

She still has some time to refine her strategy since the EU will spend the coming weeks agreeing a negotiating stance.

May says she wants the latter to be settled early in the talks but may face difficulties over the former as some of her pro-Brexit lawmakers do not believe that Britain should pay at all. One has suggested she should remind Germany about the cancellation of some of its debt after World War Two.

But as the leading civil servant in the newly created Brexit ministry said, plans can always come unstuck.

“The other thing is to have expected the unexpected,” Sarah Healey, director general at the Department for Exiting the European Union, told the Institute for Government this month.

“External events will have a big impact on what happens on the department and we just need to be flexible and able to respond to that.”