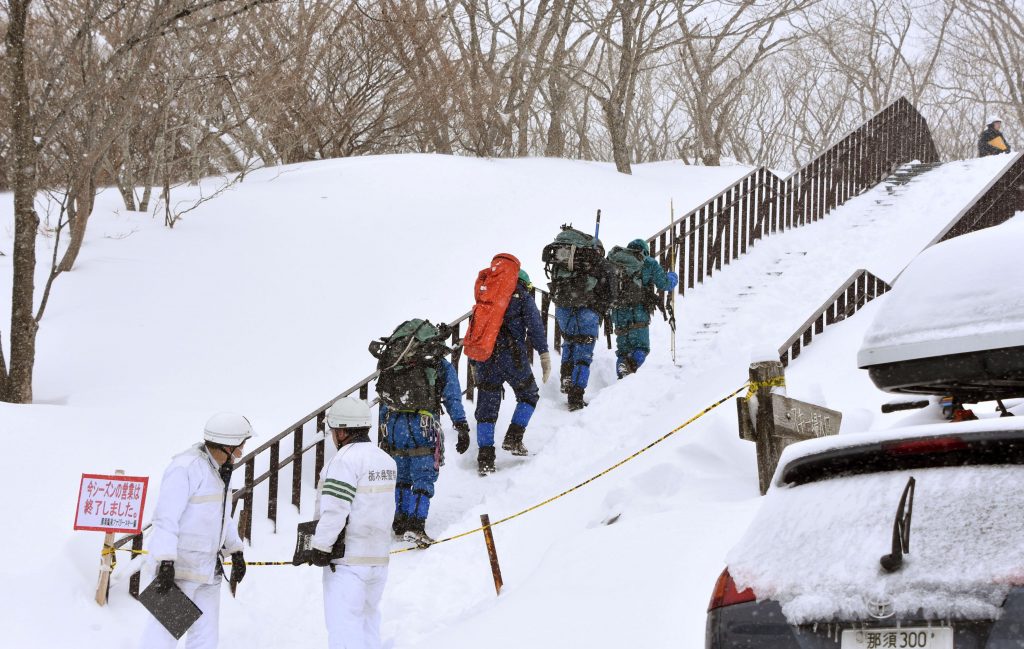 Eight people are feared dead and two were in critical condition on Monday after an avalanche hit a group of high school students and teachers mountain climbing in central Japan.

It was not immediately clear how many of the victims were students, an official said.

The avalanche occurred on Monday morning near a ski slope in Nasu, 100 miles north of Tokyo, where 52 high school students and 11 teachers were climbing, a local government official said.

The eight showed no vital signs, officials said. Japanese officials typically do not declare victims dead until a doctor has made a formal announcement.

“We have avalanche incidents once or twice a year around here, but haven’t had anything this big,” a fire department official said.