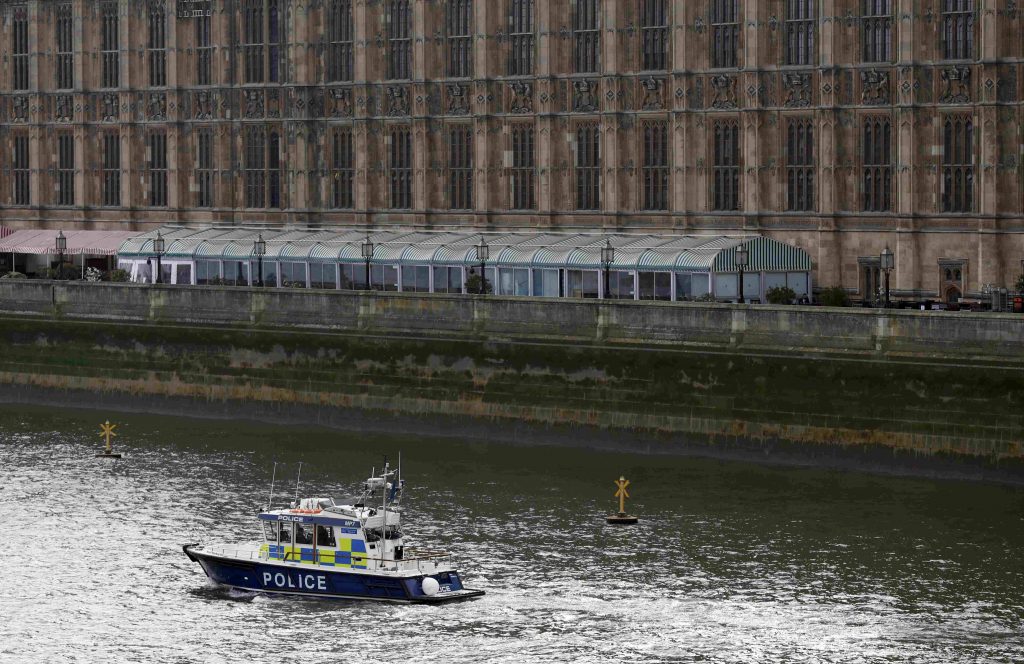 Before he killed at least four people in Britain’s deadliest attack since the 2005 London bombings, Khalid Masood was considered by intelligence officers to be a criminal who posed little serious threat.

A British-born Muslim convert, Masood had shown up on the periphery of previous terrorism investigations that brought him to the attention of Britain’s MI5 spy agency.

But he was not under investigation when he sped across Westminster Bridge on Wednesday, plowing down pedestrians with a hired car before running into the parliamentary grounds and fatally stabbing an unarmed policeman. He was shot dead by police.

Although some of those he was involved with included people suspected of being keen to travel to join jihadi groups overseas, Masood “himself never did so,” said a U.S. government source, who spoke to Reuters on condition of anonymity.

“Masood was not the subject of any current investigations and there was no prior intelligence about his intent to mount a terrorist attack,” London police said in a statement.

“However, he was known to police and has a range of previous convictions for assaults, including GBH [grievous bodily harm], possession of offensive weapons and public order offences.”

Islamic State claimed responsibility for Masood’s attack, although it was unclear what links – if any – he had with the terrorist group.

The 52-year-old was born in Kent to the southeast of London and moved though several addresses in England, although he was known to have lived recently in Birmingham in central England.

Known by a number of other aliases, he racked up a string of convictions, but none for terrorism-related offences. His occupation was unclear.

It was as long ago as November 1983 that he first came to the attention of authorities when he was found guilty of causing criminal damage, while his last conviction came 14 years ago in December 2003 for possession of a knife.

Little detail has officially been given about the man and what might have led him to carry out Wednesday’s attack, the deadliest in Britain since the London suicide bombings of 2005 by four young British Islamists, which killed 52.

“Our working assumption is that he was inspired by international terrorism,” said Britain’s most senior counterterrorism police officer, Mark Rowley, adding: “Islamist-related terrorism is our assumption.”

Birmingham has been one of the hotbeds for British Islamists. According to a study by the Henry Jackson think tank earlier this month, 39 of 269 people convicted in Britain of terrorism offenses from 1998 to 2015 came from the city.

Among those plots was one to kidnap and behead a British soldier. In December, two men were found guilty of planning to give £3,000 ($3,750) to Brussels bombing suspect Mohamed Abrini – widely known as “the man in the hat.”

There are over 213,000 Muslims in Birmingham, making up over a fifth of the population, according to the 2011 census, and there has been growing concern about divisions in the diverse city.

The car Masood used in Wednesday’s attack had been hired from rental firm Enterprise’s Spring Hill branch in Birmingham, suggesting he still had connections to the area.

Since the attack in London, police have raided a number of addresses across the city, arresting five men and two women on suspicion of preparing terrorist acts.

Masood may have rented an apartment close to the Edgbaston area of Birmingham, not far from the Enterprise offices, and that was one of the properties raided by armed officers.

On the eve of the attack that Prime Minister Theresa May cast as an attack on democracy, Masood spent his last night in a budget hotel in Brighton on the south coast, the Sun newspaper said.

“An act of terrorism tried to silence our democracy,” Prime Minister May told parliament. “He took out his rage indiscriminately against innocent men, women and children.”