Regional 2 Trains Clip Each Other at Penn Station; No Serious Injuries
Regional 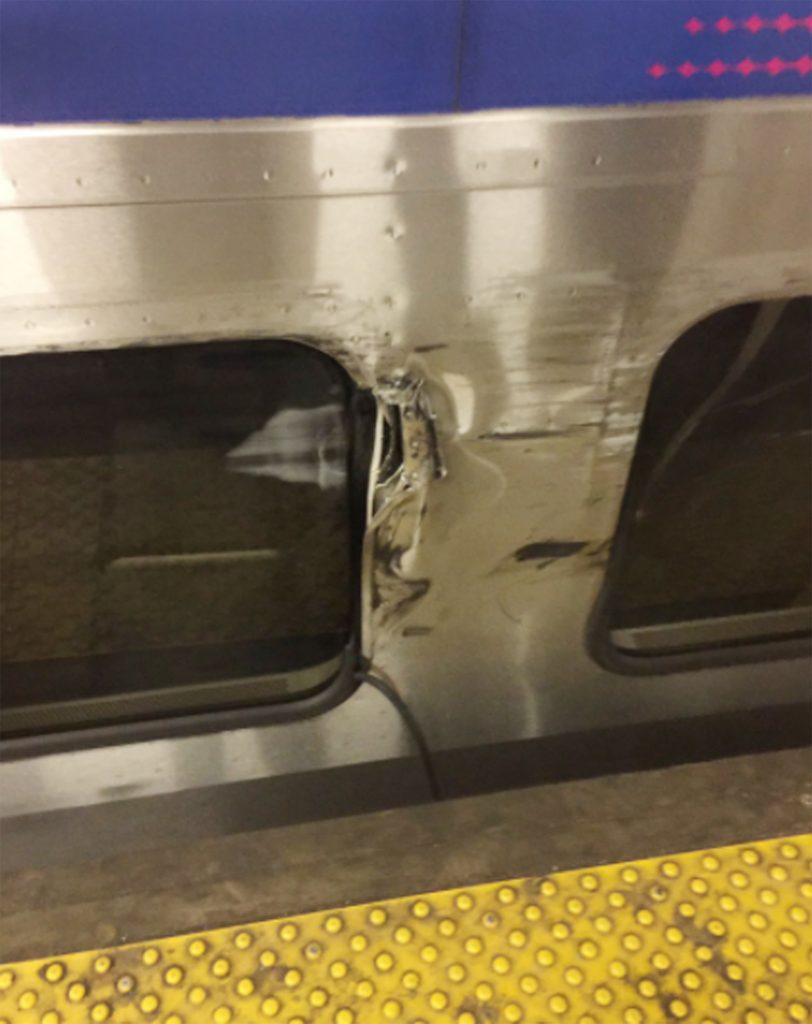 Two passenger trains clipped each other during the morning rush Friday at Penn Station, jolting commuters and creating major travel disruptions but causing no serious injuries.

The accident involved an Amtrak Acela Express train headed from Boston to Washington that partially derailed as it slowly pulled out of the station at around 9 a.m.

As it listed, it scraped the side of a New Jersey Transit train that was coming into the station, the busiest in the U.S., officials said.

Passenger Jordan Geary posted on Twitter that the impact blew out his window. Photos posted on social media by several passengers showed dents, scrapes and some twisted metal on the side of one train.

Amtrak said all of its 248 passengers got off safely. The Fire Department of New York said no serious injuries were reported.

A New Jersey Transit spokeswoman said service was suspended into the station. Some trains backed up the line into New Jersey.