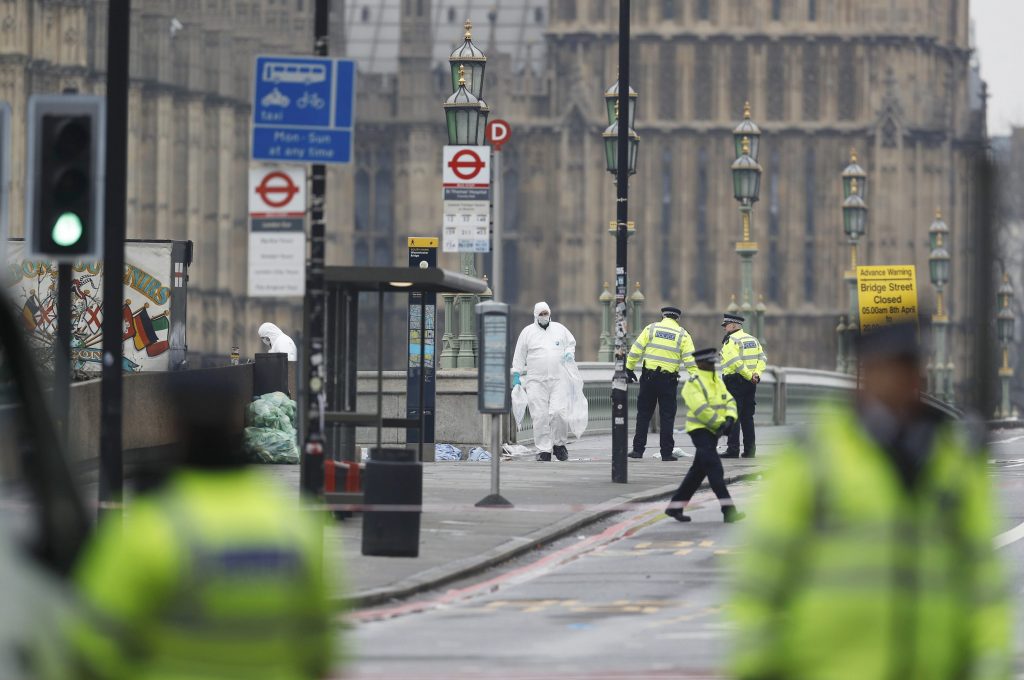 Terrorists are increasingly turning to vehicle-ramming attacks, like the one staged near Britain’s Parliament on Wednesday, because they are cheap, easy to organize and hard to prevent.

Experts say the tactic of mowing people down avoids the need to obtain any explosives or weapons and can be carried out by a “lone-wolf” attacker without using a network of fellow terrorists – all lessening the risk of alerting security agencies.

“It is often a case of individual action,” he told Reuters. “They can be quite spontaneous.”

Four people were killed and at least 20 injured in London after a car plowed into pedestrians and a terrorist stabbed a policeman close to Parliament in what police called a “marauding terrorist attack.”

Trucks were used to devastating effect last year against crowds in Berlin and Nice, in contrast to more organized attacks that have already hit Paris and Madrid – as well as London in 2005 – using teams of bombers or terrorists.

Islamic State claimed responsibility for both the Nice attack last July, when a truck killed 86 people celebrating Bastille Day, and for the Berlin attack in December, when a truck smashed through a crowded market, killing 12 people.

While no group has yet claimed responsibility for Wednesday’s attacks, Islamic State is under intense pressure in Syria and Iraq, where one of its last strongholds, Mosul, is under assault from Iraqi forces backed by a coalition that Britain is part of.

Islamic State encouraged readers of its online magazine Rumiyah in 2016 to use vehicles to kill and injure.

Vehicle attacks are not a new tactic in the Middle East.

In 2008, a Palestinian rammed a bulldozer into vehicles on a Yerushalayim street before a visit by then-U.S. presidential candidate Barack Obama, wounding at least 16 people.

Another Palestinian drove his truck into a group of IDF soldiers in Yerushalayim in January this year, killing four of them in an attack that Prime Minister Binyamin Netanyahu said was likely to have been inspired by the Islamic State terrorist group.

Former senior CIA analyst Paul Pillar said that while concern had long focused on “sophisticated or high-tech methods of terrorist attack, the most readily available methods for killing a lot of innocent people have always been simple and require no sophistication or training.

“This includes mowing people down with a vehicle on any crowded city street. Locations might be chosen that have some other political or religious significance […], or the vicinity of a national parliament, but there always are vulnerable public places with lots of people,” he said.

Jean-Charles Brisard, president of the Center for the Analysis of Terrorism, a European think-tank, said Wednesday’s attack seemed to be “rudimentary in its conception.”

Using a car as a battering-ram was a tactic that was highly rated by terrorists because it was lethal, he said. “With a vehicle, they cause a lot more deaths than with a knife or a machete.”

Anne Giudicelli, head of security consultancy Terr(o)risc in Paris, said the extra vigilance over large cities had helped to spawn a change in the militants’ approach.

“Every time you put in place a new measure after an attack or a thwarted attack, the assailants adapt to get around the measures in place and find the gaps,” she said.

Tyson Barker, program director with the Aspen Institute think-tank in Germany, said the London attack underscored the difficulty of protecting “soft” targets, and the trade-offs between security and liberty in open Western societies.

Barker said it was too early to predict the consequences of Wednesday’s events, but an attack by Islamic State sympathizers in San Bernardino, California, in 2015 had triggered a campaign pledge by now-President Donald Trump to ban Muslims from entering the United States.

The Berlin market attack in December triggered significant changes in German policies on video surveillance and the ability to hold and detain asylum seekers deemed suspicious.

Saudi Arabian Interior Ministry spokesman Mansour al-Turki, part of a delegation in Paris for talks with French officials on counterterrorism, said the defeat of groups like Islamic State and al-Qaida could lead to a splintering of the threat, creating new problems for governments.

“When they are defeated in Syria and Iraq we are all going to face difficulties and nobody knows where the ISIS (Islamic State) fighters will go to,” he told reporters.

“I think we will be entering the next phase of terrorism, which is through social media and lone wolves,” he said.