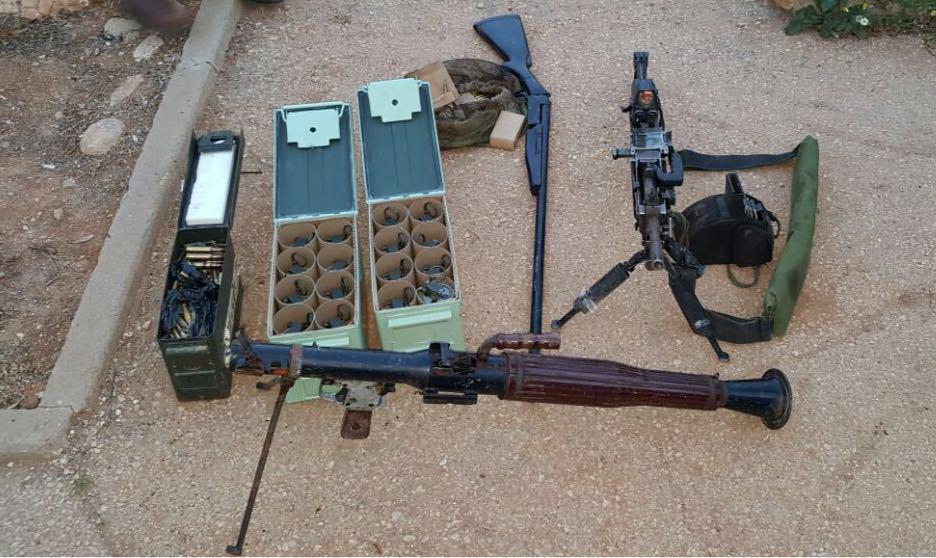 In a joint operation, police, IDF and Shin Bet security officials recently arrested a gang of Arab arms thieves who specialize in stealing weapons from the IDF. The gang, consisting of three residents of Arab villages in the lower Galilee, were arrested in recent weeks, the security organizations said. Under questioning, the three admitted that they had used connections to get on army bases and steal weapons. Security officials found some of the weapons when they arrested members of the gang, including machine guns, RPGs, smoke bombs and ammunition.

Also halted Monday night was the operation of a printing press that churned out fake Israeli documents, including permits for Palestinians to enter Israel, work permits, drivers licenses, and more. The permits were sold for thousands of shekels each. In the raid in the Arab village of Yatta, near Chevron, late Monday, security officers confiscated documents, machines, and NIS 85,000 in cash.

Several individuals were arrested, and other arrests are expected. According to officials, the printing press is part of a larger organization that produces tens of thousands of phony documents each year. The officials said they had gathered a great deal of information about the operation, and were confident that it would be shut down completely in the near future.

Overnight Monday, security officials said they arrested 12 wanted security suspects in other areas in Yehudah and Shomron. The suspects were wanted for participating in rioting and throwing stones and firebombs that endangered Israeli civilians and IDF soldiers. Several of the suspects were also charged with belonging to Hamas. All were being questioned on their activities by security forces.