World After 19 Hours of Debate, Haiti Gets a New Prime Minister
World 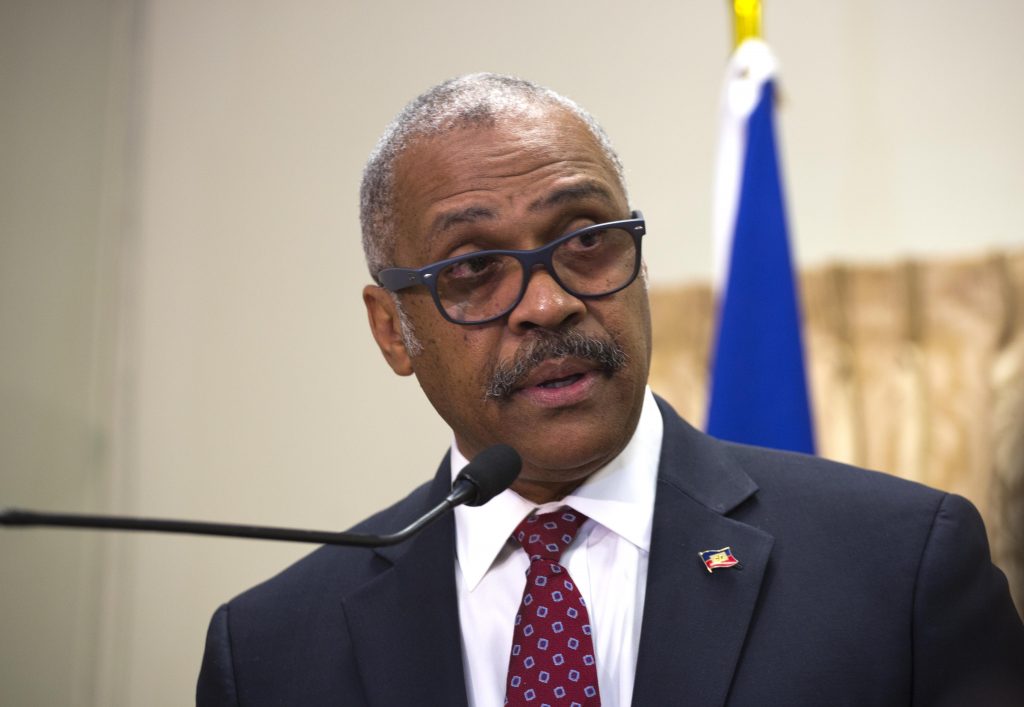 Haiti finally has a new government.

Jack Guy Lafontant, a gastroenterologist with no political experience, was ratified as prime minister by the Lower Chamber of Deputies Tuesday after receiving the nod of approval days earlier from a majority of senators.

The vote on Dr. Lafontant’s policy statement came after 19 hours of debate that stretched through Monday night and into the early hours of Tuesday. At 9 a.m., the vote finally was held, 95 in favor, six against and two abstentions.

Lafontant, 55, was tapped last month by Haiti’s new president, Jovenel Moise, to lead an 18-member government that includes a minister for Haitians living abroad and a minister of defense. Unknown in political circles, Lafontant was an early supporter of Moise, who was sworn in on Feb. 7. Lafontant is a former president of the Rotary Club of Petionville and a member of the American College of Physicians.

During the discussions of Lafontant’s nomination, lawmakers in both chambers raised questions about whether he met the constitutional requirements to serve as prime minister. They also noted that like one other prime minister before him, Laurent Lamothe, Lafontant had failed to pay taxes and paid five years’ worth only after he was designated prime minister. Addressing the matter during Tuesday’s hearing, Lafontant insisted that he had paid his taxes and blamed a government office for documents showing he had paid five years’ worth in a single day.

The most pressing question Lafontant faced from both supporters and opponents in the chambers, however, was how he plans to finance the many ambitious projects he has proposed as his government’s priorities.

“You have a lot of things that you are going to do, and I don’t even know where you are going to get the money,” said Deputy Bel-Ange Pierre, representing Anse-a-Pitre. Then he asked Lafontant to make a new road connecting his southern border town a priority. In Haiti, where the government’s annual operating budget is about $2 billion a year, it costs $2 million per mile of new asphalt road.

Deputy Wuinchel Olivier, who represents another southern city, Cavaillon, went even further. He noted that Lafontant in his policy statement spoke about the construction of 300 miles of new roads, new universities, 10 public schools and a cable car to ferry arriving cruise ship passengers 17 miles from the port of Labadie to the northern mountaintop fortress, the Citadelle Laferriere.

Olivier said it would likely cost Haiti more than $877 million to realize this new mode of transportation.

“Given the difficulties that exist today, how are you going to accomplish this?” Olivier asked. He also noted that the smuggling of imports from the neighboring Dominican Republic by tax dodgers who refuse to pay customs was harming the country.

“The Haitian government loses $400 million to $500 million along the frontier. What will you do to stop the government from losing this money and to boost agriculture?” Olivier added.

Lafontant told lawmakers that what he has laid out is “a vision,” which can be accomplished if both supporters and opponents work together to evaluate projects and their feasibility.

“We have to reduce expenses. We will combat corruption and contraband,” he said. “Our government will encourage investments, not just agriculture.”

While short on specifics, he did hint that he wasn’t in favor of upping taxes to raise revenue, telling deputies, “A lot of taxes can kill imports.”

Lafontant has said that agriculture is a top priority, prompting lawmakers representing the fertile Artibonite Valley to press for specifics on his plans to help struggling farmers.

Lafontant’s priorities are in line with those of Moise, who on the campaign trail promised voters to turn Haiti into a banana exporting country again. Like Lafontant, Moise also lacks political experience. With a Cabinet that is also new to politics, they face a litany of challenges — as lawmakers noted — with a long laundry list that includes the lack of potable water for residents, not enough doctors in a country of 11 million people, failing schools and deplorable public hospitals.

Several lawmakers noted that the government owed more than 5,000 employees back pay and a teachers’ strike had been announced for the coming days.

Haiti’s new government also faces the imminent withdrawal of the United Nations’ peacekeepers, drastic cuts in foreign aid, a depreciating currency and projected negative economic growth this year, according to the World Bank.