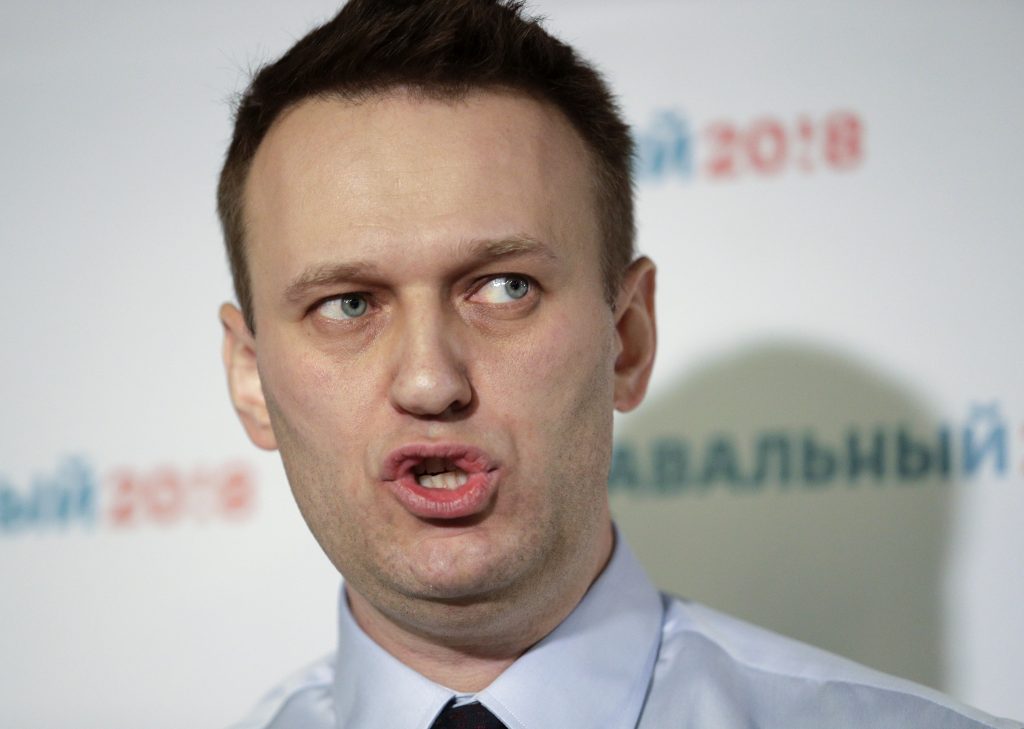 Opposition leader Alexei Navalny was doused in bright green antiseptic by an unknown assailant Monday on a campaign trip to Siberia, and quickly sought to make the best of it on his blog.

Mr. Navalny, speaking on his video blog from the Siberian city of Barnaul said, “May be they thought in the Kremlin that I wouldn’t record videos if I have a green face. But I certainly will, as even more people will see me!” he said.

Navalny is traveling around Russia opening campaign headquarters and campaigning to run in Russia’s 2018 presidential election. A criminal conviction for fraud officially bars him from running, but he has called the charges politically motivated and vowed to appeal them.

President Vladimir Putin is widely expected to easily win another six-year term in the vote.

The charismatic Navalny, a lawyer who has campaigned against official corruption, was a driving force behind the massive anti-Putin protests in Moscow in 2011-12.

Navalny said an unknown man sprayed the green liquid, a common Russian antiseptic that remains on skin for days, in his face while pretending that he wanted to greet him. He said the man then jumped into a car that drove him to the regional administration headquarters.

“My stylish green face perfectly fits the interiors of our headquarters,” he said.

Navalny posted pictures in which he was trying to clean the green liquid from his face with a cloth soaked in solvent, which just made it more evenly colored all over.

“I’m a bit worried about my teeth: they are green too! I hope they will be white again,” he declared.