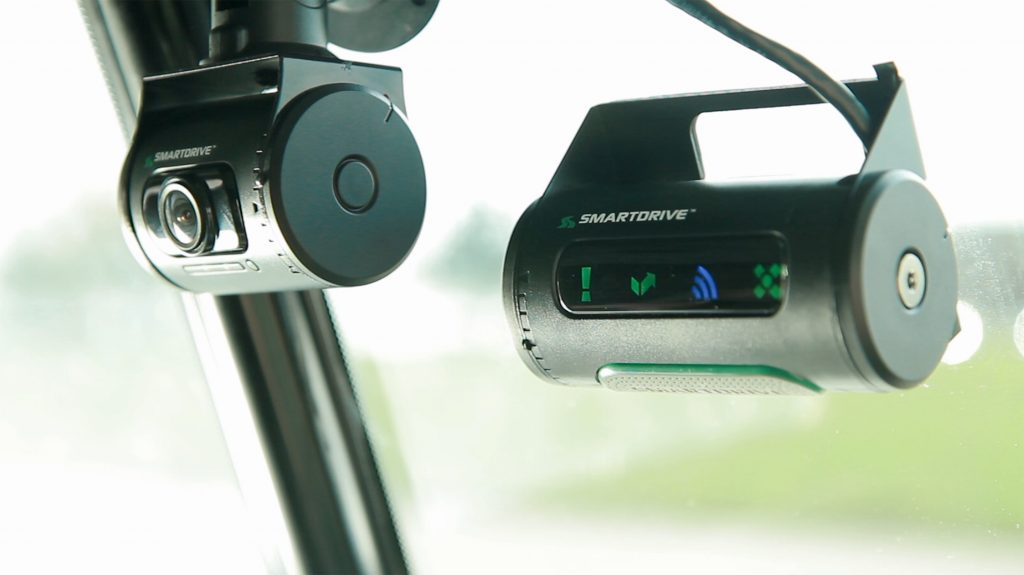 Steve Mitgang occasionally sits down with commercial truck drivers for coffee and doughnuts, asking them what they think of having video cameras in the cab to monitor their driving.

“They feel like in the next few days or months, there’s going to be a passenger vehicle that is going to strike them, and they are going to be falsely accused for that incident,” said Mitgang, chief executive of San Diego’s SmartDrive Systems, which makes video-based telematics. “Post-crash litigation as related to commercial transport is out of control.”

That sentiment highlights why there’s a growing acceptance of on-board video in commercial truck fleets to help reduce liability, cut fuel costs and train drivers to be safer on the road.

The two market leaders in video monitoring of commercial truck fleets are based in San Diego — SmartDrive Systems and Lytx, the maker of DriveCam.

Both privately held companies posted significant growth last year as more transportation firms adopt video-based telematics. These subscription services use on-board video and software to not only document what happened in accidents but also pinpoint bad driving habits such as speeding, hard braking or rapid acceleration.

“Over the last two years, the market has really turned in the direction where everybody recognizes the value of clouded connected cameras on vehicles, particularly commercial vehicles,” said Brandon Nixon, chief executive of Lytx.

Besides video, Lytx and SmartDrive also collect reams of sensor data from trucks and their surroundings — giving them a rich situational database of the interplay between vehicles on the road.

That data eventually could be tapped to write predictive algorithms for self-driving vehicles.

“If you talk to these companies, they’ll tell you they are developing a lot of knowledge about how vehicles perform and interact, so they are going to be a key to the development of autonomous vehicles,” said Clem Driscoll, head of industry research firm C.J. Driscoll & Associates. “I don’t know if that is really true. It may be.”

The privately held company does not release exact numbers. Industry research firm Frost & Sullivan estimates that SmartDrive’s video telematics system is installed on 75,000 vehicles for 12 percent market share. It employs 550 worldwide, including about 130 in San Diego.

“We are focused on changing behavior of drivers so they become as skilled as they can be in a really complex environment where distracted driving is really an epidemic,” said Mitgang. “It isn’t necessarily about the commercial driver. It’s about those who are around them.”

Lytx, founded in 1998, is bigger. It booked 101,000 new subscriptions to its DriveCam video monitoring system last year, bringing its total commercial fleet install base to more than 400,000 vehicles.

About a year ago, Lytx was acquired by Chicago private equity firm GTCR for more than $500 million. Nixon said Lytx will be closing in on $200 million in revenue in 2017.

At $200 million in revenue, Lytx would be in the strike zone of attractive initial public stock offerings, Nixon acknowledged. But he said the goal of the company is to grow a “significant, stable employment entity in San Diego.”

The adoption of video in commercial trucks is being driven by fleet operators and insurance companies trying to manage risk, according to analysts.

The video-in-the-cab market is getting more competitive, with rivals ranging from new Internet of Things providers to traditional, non-video automotive telematics firms adding video in the product line-ups.

But both SmartDrive and Lytx note that they’ve continued growth despite the additional competition because fleets want full-service systems that identify risk and improve driver performance.

“We are both organized to go after larger enterprises,” said Mitgang, referring to SmartDrive and Lytx. “That said, video should help any business of any size.”