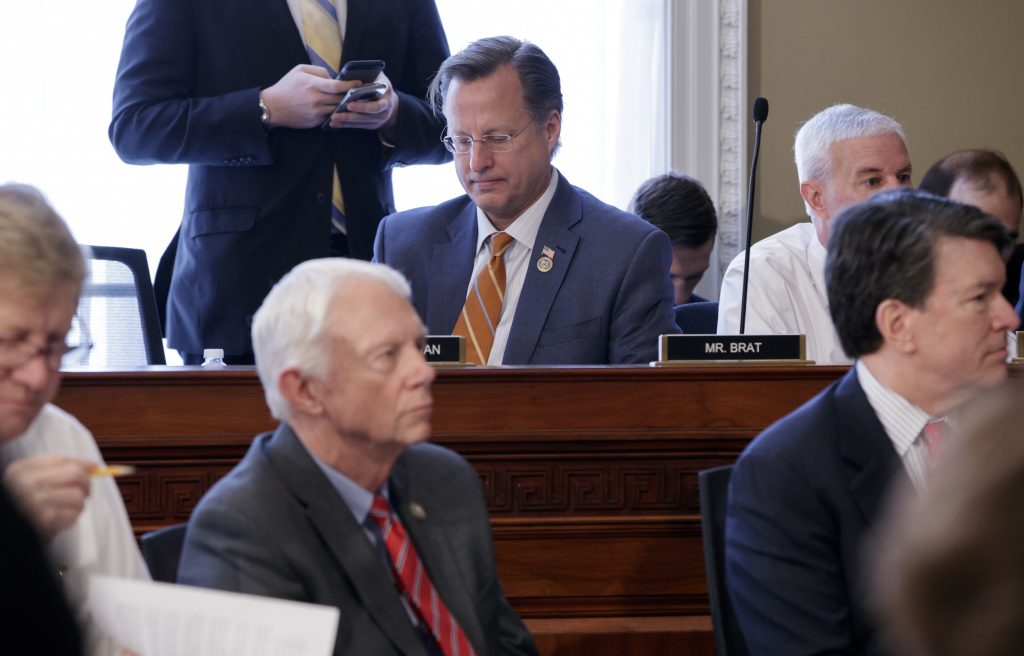 The Republican health-care overhaul backed by President Donald Trump narrowly cleared another hurdle in the House of Representatives on Thursday as the Budget Committee approved it despite defections from three disgruntled conservatives.

The vote was 19 to 17, with conservative Republican Representatives David Brat, Gary Palmer and Mark Sanford joining the panel’s Democrats in voting against it. The committee brought provisions approved last week by two other panels into a single bill, helping pave the way for a later vote on the House floor.

The committee action came even as the White House and Republican leaders discussed changes to satisfy conservatives who oppose it in part because they say some provisions are too similar to the law it is intended to replace, the 2010 Affordable Care Act, dubbed Obamacare.

“I don’t think we are anywhere near passage,” Brat said after the vote, noting that Republican conservatives as well as moderates had problems with the bill. Even if it passes the House, it faces an uphill battle in the Senate, where Republicans hold a slimmer majority.

The bill faces unified Democratic opposition, as well as criticism from leading health care providers, including doctors and hospitals.

Republicans, who control Congress and the White House, could not afford to lose more than three from their ranks on the Budget Committee for it to pass. The measure now goes to the House Rules Committee before heading to the House floor.

“We are on track and on schedule,” House Speaker Paul Ryan, who unveiled the legislation last week and is its chief champion in the House, said after the committee’s vote. He added that while the main parts of the bill “are going to stay exactly as they are,” Republicans were making unspecified “improvements and refinements.”

The Congressional Budget Office, a nonpartisan congressional agency, forecast on Monday that the legislation would increase the number of Americans without health insurance by 24 million by 2026, while cutting $337 billion from federal budget deficits over the same period.

“This president is getting deeply involved,” Ryan told a news conference, saying that President Trump is “helping bridge gaps” among Republican lawmakers to get a consensus plan.

Trump administration officials and House Republican leaders have said they hope to get the bill to the House floor by the end of the month so it can go to the Senate before lawmakers’ mid-April recess.

Conservatives want a quicker end to the Obamacare expansion of the Medicaid health insurance program for the poor, which the bill has set for 2020, and want to add work requirements for some Medicaid recipients.

The White House said it was discussing changes with House Republican leaders.

Mulvaney acknowledged that the measure faced hurdles in the Senate, where several Republicans have voiced doubts.

President Trump told a Fox News interviewer on Wednesday that much of the bill would still be negotiated, especially as it moves from the House to the Senate. He also stopped short of committing to sign whatever bill comes to his desk. “If we’re not going to take care of the people, I’m not signing anything,” he said.

Before the vote, Republican Representative Diane Black, who heads the committee, called the legislation “the conservative health care vision that we have been talking about for years.” To Republicans who had doubts, she said, “Don’t cut off the discussion” by voting no.

Representative John Yarmuth, the committee’s top Democrat, said the legislation was “not a health care bill; it is an ideological document.” He said the bill imagined a “fantasy land where young people don’t get sick, and apparently they don’t grow old either, because they don’t have to worry about being priced out of the market.”

Obamacare, the signature legislative achievement of former President Barack Obama, enabled about 20 million previously uninsured Americans to obtain medical coverage. About half of those were through the law’s expansion of eligibility and increased funding for Medicaid, a joint federal-state program.

Democrats have called the Republicans’ plan a blow to the elderly and the poor while giving tax cuts to the rich.

Signs of a possible Republican agreement began to emerge after Vice President Mike Pence met with House conservatives on Wednesday, with some lawmakers saying 2019 could be the new target for ending Medicaid’s expansion. Pence was scheduled to meet with lawmakers again later on Thursday.

Possible concessions to House conservatives could further complicate the bill’s prospects for Senate passage. Several moderate Republican senators, some from states that expanded Medicaid under Obamacare, have expressed concern about how the bill would take insurance coverage away from their constituents without providing affordable alternatives.