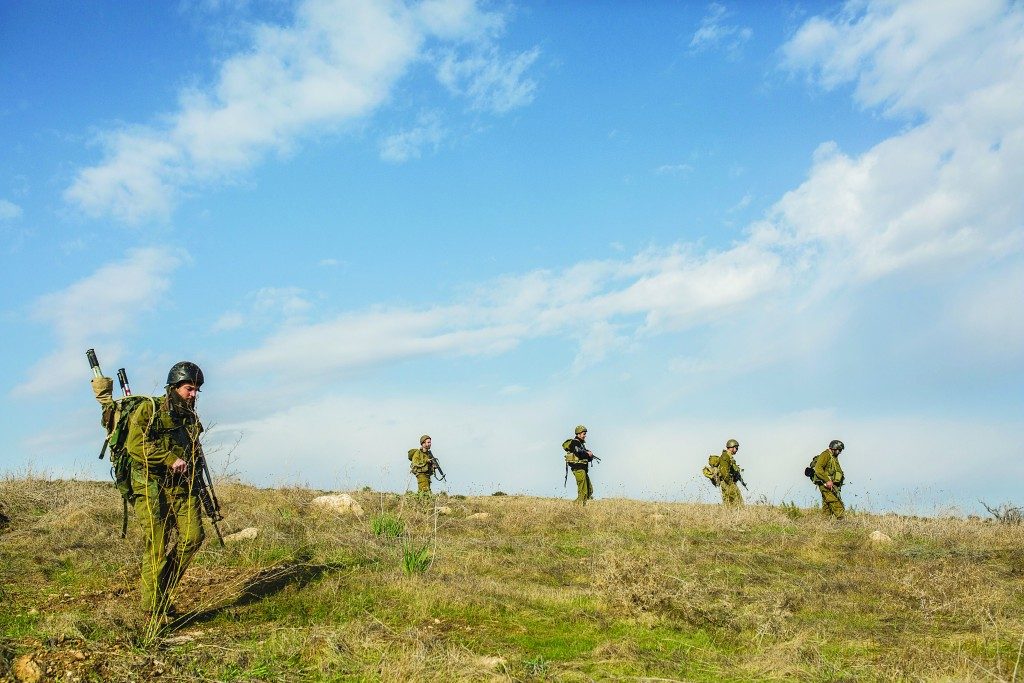 In the two and a half years since IDF Operation Protective Edge in Gaza, there’s been blessed quiet in Israel. But in one sense it’s been too quiet.

There’s been no expression of public outrage that the bodies of Hadar Goldin and Oren Shaul, Hy”d, were left behind in Hamas hands. There have been no mass demonstrations demanding their return. And though the government of Israel cares about the boys, and is undoubtedly acting behind the scenes to bring them back home, experience shows that public pressure helps get elected leaders to work harder and achieve results quicker.

That doesn’t mean demanding the release of hundreds of terrorists or returning the IDF to Gaza in a new war to retrieve the bodies. There are other much less extreme measures that can be effective in pressuring Hamas, according to former IDF generals and Shin Bet heads who appeared before the recently formed Knesset Lobby to Return IDF Soldiers Hadar Goldin and Oren Shaul.

For instance, there are Palestinian terrorists in Israeli prisons who enjoy very good conditions. Israel must announce that if the families of Goldin and Shaul are not given the comfort of having their sons brought to a proper burial in Israel, the families of the terrorists will not be given visitation rights.

But it can’t be a one-shot threat. According to Col. (res.) Erez Viener, who appeared before the committee, there are 27 privileges that Hamas prisoners have been accorded, including communication with the outside, education and recreation. He recommends that the government start by announcing that it is immediately suspending seven of them, and if in three months’ time the soldiers’ bodies have not been released, two more will be taken away. A timetable for the suspension of privileges needs to be announced up front, so that the pressure builds on the prisoners, their families and, ultimately, on Gaza’s rulers.

The issue of the prisoners is very important to the Gaza public, so much so that they have a minister in their government in charge of prisoner affairs.

A second pressure point relates to the massive amount of humanitarian aid that Israel provides civilians in Gaza. Some 1,000 trucks a day transfer supplies to the Gaza Strip through the Kerem Shalom Border Crossing, more than three times the amount that was allowed through before Operation Protective Edge.

Defense Minister Avigdor Liberman has been using this aid as an incentive to Hamas to continue holding its rocket fire. “If the quiet on the border with the Gaza Strip continues, we will allow for a significant increase in humanitarian aid,” he said in January. But that’s not enough. If they want the aid to continue at current levels and to even increase, the Hamas government must release the bodies.

To be sure, it would be counterproductive to halt all assistance, as that would lead to desperation and a humanitarian crisis that could easily erupt in violence. However, aid can and must be scaled back in such a way that basic needs are still met.

Again, if Israel announces its plan in advance, with a set timetable for which “extras” will be suspended if the boys aren’t released by designated dates, it will create outrage in the streets of Gaza and apply the kind of pressure that Hamas can’t ignore.

Another option is to target Hamas’ leaders and their families, many of whom either live or own property abroad. Referring to the recently elected Hamas leader in Gaza, Yahya Sinwar, Col. Viener offered the following suggestion: “Sinwar and his cohorts bully the weak and persecute others; they care about themselves, their families and their assets. Some have property and family in the country and abroad; they should be targeted. It’s possible to pick up these people and bring them for a ‘holiday’ in the State of Israel in order to improve our negotiating position … we must act also in this direction.”

There are many other ideas, including appealing to the international community — after all, Hadar Goldin was killed because Israel honored a U.S. request to cease fire, while Hamas continued to fight.

But it starts with public awareness and concern for the boys and their families. If Hamas leaders feel that Israelis are apathetic, they will conclude that they are under no pressure to act.

As MK Shuli Mualem, co-chair of the new Knesset lobby, said: “The return of Hadar and Oren is the fulfillment of the basic contract between the State of Israel and its soldiers.”

Soldiers must go to battle in the knowledge that their government will do everything to bring them back — alive, wounded or dead.

Most importantly, whether a public campaign proves effective in pressing the ruthless, inhuman rulers in Gaza, it will give strength and support to the families, who will know that they are not alone in their struggle to get their sons home.