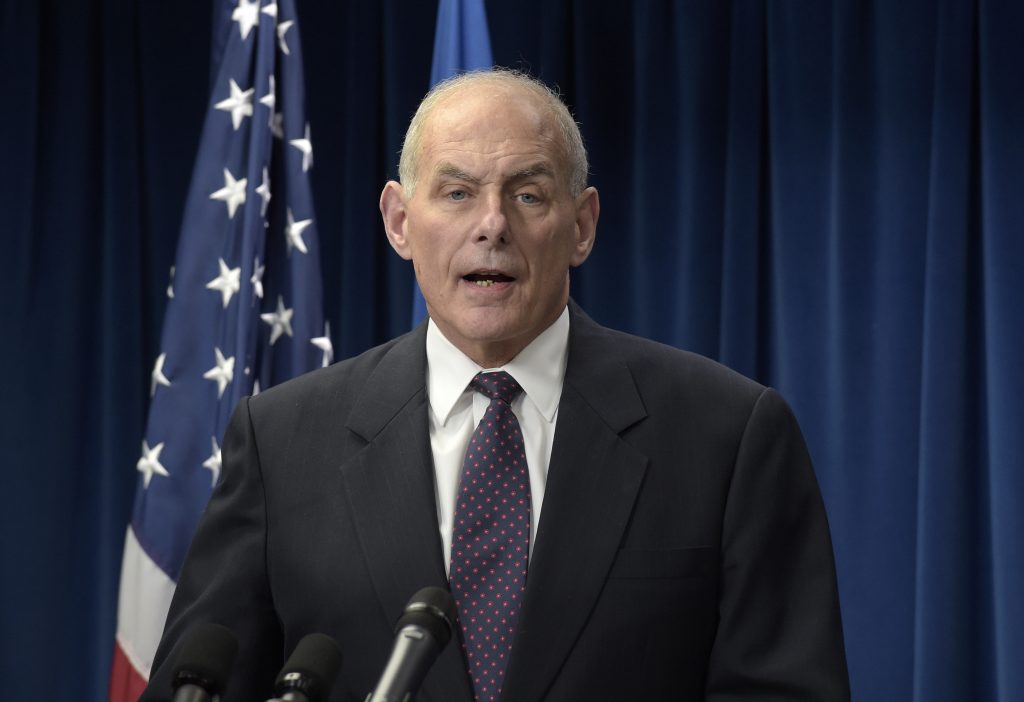 The Border Patrol reported that about 23,500 people were arrested trying to cross the border illegally in February, compared to about 42,500 arrests in January.

The February figures, which also include significant drops in the arrests of families and children trying to cross the border alone, are the lowest monthly tallies since at the least the start of the 2012 budget year.

It is not clear exactly what prompted the steep declines. The number of people caught crossing the border illegally in the winter typically is lower than during warmer summer months, though President Trump has also made clear he intends to take a hard line on illegal immigration. The president has pledged to build a massive wall along the Mexican border and hire at least 5,000 new Border Patrol agents, though that hiring process is likely to take at least several years and may face some logistical hurdles as the agency tries to ease polygraph exams for certain applicants.

Homeland Security John Kelly credited President Trump’s executive orders on immigration calling for the wall, hiring thousands of immigration agents and cracking down on immigrants living in the country illegally, for the steep declines.

“This trend is encouraging because it means many fewer people are putting themselves and their families at risk of exploitation, assault and injury by human traffickers and the physical dangers of the treacherous journey north,” Secretary Kelly said in a statement issued late Wednesday.

The secretary, in a meeting with reporters earlier this week in Dallas, said smugglers have also increased prices to get immigrants from Central America — including Honduras, El Salvador and Guatemala — across the border since President Trump took office. He said the prices have gone from about $3,500 to about $8,000. Though he didn’t disclose the latest border arrest figures, Sec. Kelly suggested that many would-be border crossers couldn’t afford the higher smuggling fees.

Mexican Foreign Minister Luis Videgaray rejected Sec. Kelly’s comments. “A figure for one month cannot be analyzed as if it was a trend,” he said at a press conference at the Mexican embassy in Washington. “We will be able to have an opinion if this figure becomes a trend over the next months. Today is just a figure of a specific month.”

President Trump has struck a decidedly stricter tone on his approach to immigration enforcement though so far there have been very few direct changes to enforcement along the border. Secretary Kelly confirmed last week that his agency was considering separating children and parents caught crossing the border as part of a broader effort to deter families from making the dangerous trek from Central America across Mexico. A final decision has not been made on that issue.

Maureen Meyer, a senior associate for Mexico at the Human Rights Advocacy Agency’s Washington Office on Latin America, said it’s too early into President Trump’s term to fully understand what caused the decline in arrests. Data from March and the coming months, she said, is likely to offer a better gauge on whether the decline is a seasonal anomaly or a more significant trend.