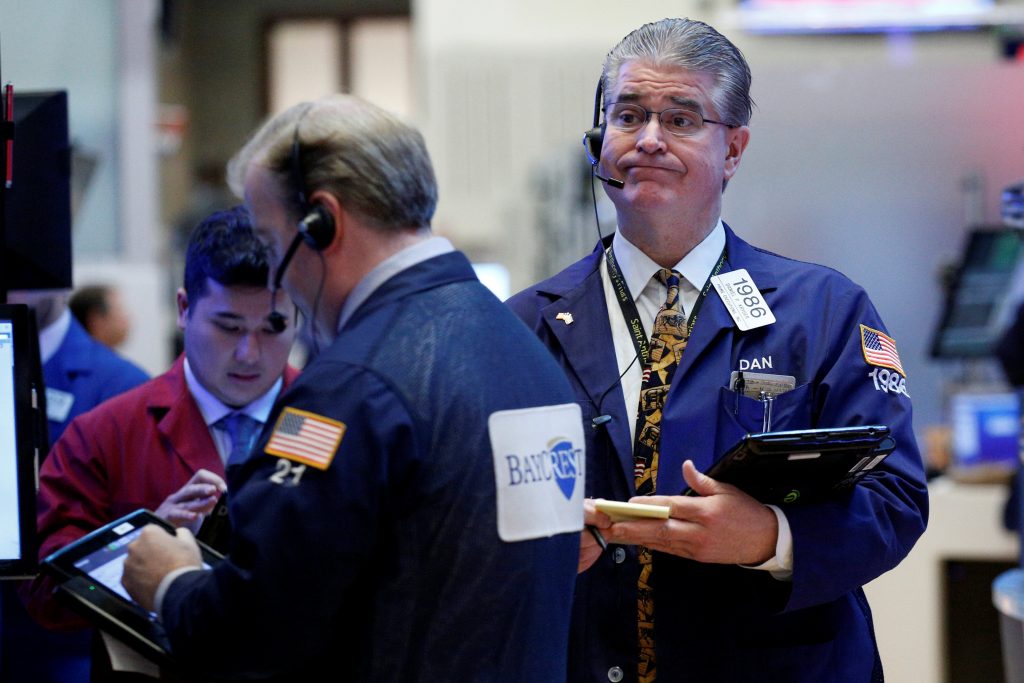 The S&P 500 and the Dow Jones Industrial Average were on track for their first back-to-back losses in more than a month, led by declines in drug and bank stocks.

Pharmaceutical stocks came under fire after President Donald Trump tweeted that he was working on a new system to increase competition in the drugs industry and bring down prices.

Trump also backed a draft bill unveiled by Republicans on Monday to repeal and replace the Obamacare healthcare law but said the bill was open to negotiation.

The S&P 500 healthcare index dropped 0.55 percent, setting it up for its worst day in more than five weeks. The sector also weighed the most on the broader index.

Financials, which have gained the most in a post-election rally, slipped 0.3 percent, led by losses in Wells Fargo and JPMorgan.

Eight of the 11 major S&P indexes were lower as investors braced for an interest–rate hike next week.

The Federal Reserve has been preparing the market for tighter monetary policy, with an unusual number of key officials, including Fed Chair Janet Yellen, hinting at a rate hike in the central bank’s March 14–15 meeting.

The chances for a rate hike this month are at 83 percent, up from roughly 30 percent at the start of last week, according to Thomson Reuters data.

Newly minted shares of Snapchat owner Snap Inc. fell 10.6 percent to $21.25 after a group representing large institutional investors asked stock index providers to bar the company and others who sell non-voting shares from their stock benchmarks.