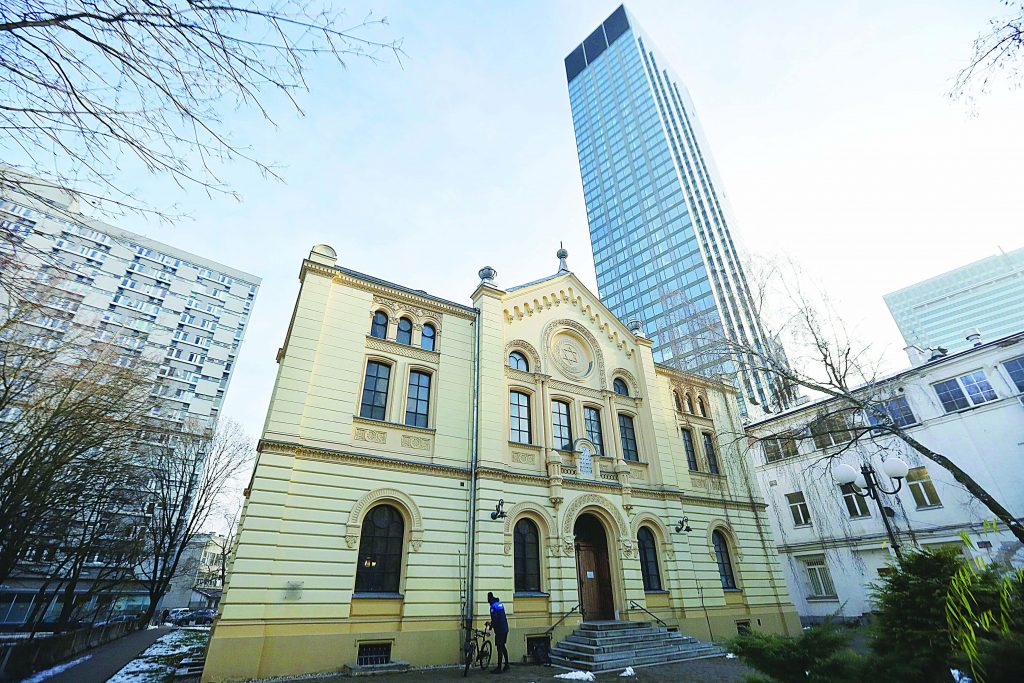 A bi-partisan bill aimed at pushing European countries to step up their efforts in returning property to Holocaust survivors and their families was introduced in both houses of Congress last week. If passed, the Justice for Uncompensated Survivors Today (JUST) Act, as the bill is known, would require the State Department to report on the progress of relevant nations on restitution of property that was “wrongfully seized or transferred” by the Nazis and their accomplices or by subsequent communist regimes.

“This sends a strong signal that we are not giving up. Sadly, there are fewer and fewer survivors, but countries should know that their rights and their claims will not go away,” Abraham Biderman, co-chairman of the World Jewish Restitution Organization (WJRO), told Hamodia.

The legislation builds on the Terezin Declaration on Holocaust-Era Assets and Related Issues of 2009. Signed in the city where the Theresienstadt concentration camp was located, the accord recognized the restitution of Holocaust-era property to its rightful owners as a basic duty of democratic nations. Yet, Mr. Biderman said that while Germany and Austria have taken major steps in dealing with claims, most other nations have done far too little.

“There are a lot of countries that are not meeting their obligations. We are hoping this will create an awareness in their governments that the world is watching them. We are not taking to court but, by shedding more light on what’s going on, taking them to the court of public opinion,” he said.

While many nations have taken significant action to return communal properties such as shuls and cemeteries, Mr. Biderman said that very little has been done with personal property claims. This inaction, he said, prompted WJRO to lobby for the JUST Act’s introduction.

“Seventy years after World War II — when Nazis and their collaborators illegally confiscated Jews’ property in Central and Eastern Europe — this theft remains a largely unresolved issue and a source of lasting pain for many Holocaust survivors and their heirs,” said Senator Marco Rubio, a sponsor. “This bipartisan legislation will help address this lasting injustice from a dark chapter in human history.”

A long list of co-sponsors from both parties in both the House and Senate voiced similar sentiments and called for the bill’s quick passage. Due to the broad support and lack of political baggage for America, it is expected to pass easily.

Even though Poland and Hungary were not signatories of the Terezin Declaration, signed by 47 other countries, the legislation would require reporting on their efforts as well. On the topic of Holocaust compensation, Poland is typically ranked worst among European nations that were occupied by the Nazis. It is the only member of the European Union that has not established a national law mandating restitution to Jews and others dispossessed during the Second World War.

The city of Warsaw recently initiated a process allowing dispossessed owners to claim certain properties. Mr. Biderman said the offer accounts for a very small fraction of the country’s obligation to survivors, and hopes the JUST Act would pressure them to take more action.

“This alone won’t do it, but it’s one of many tools that we hope will push Poland to do more than they have until now,” he said.