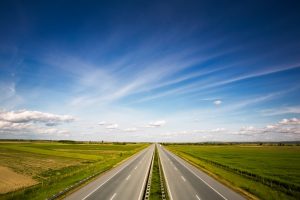 Among authentic conservatives, it is fair to say that there are two schools of thought when it comes to dealing with President Trump. He is, after all, not entirely conservative, and his stated agenda runs counter in some ways to what many conservatives have been championing for years now.

There are those who have more or less made peace with him. He is the president, after all, and the de facto leader of the Republican Party. As such, they concede many of the policy points on their wish lists in return for his governing in the general direction of conservatism. They also hope to guide him to the destinations they have in mind and see allying themselves with him as the most practical way to do so.

Other conservatives take a firmer stance. Only they have principles, they say, shaking their heads and fingers at those who, they say, are without the same. They criticize anyone who isn’t entirely devoted to criticizing the president at every turn, for every misdeed, real or imagined.

There is a place for both these approaches, and a need for them both. While the nature of politics makes it so that two such factions are at each other’s throats, there really is no need for them to be. Those who ally themselves with the president need to exist to extract whatever they can from him in exchange for their support, and those who don’t are free to voice concerns to keep him honest.

It’s the state of war that is between them that is entirely unnecessary.

These adversarial schools of thought exist in other areas of public policy as well. In Congress, the Republican majorities are setting about replacing Obamacare, reforming the tax code, and rolling back overregulation. But on many of these issues, the same sort of conflict is being fought.

Republican leadership is trying to hammer out a bill that would repeal and replace Obamacare, but the right flank is resisting. The compromises in the replacement bill, they say, are unacceptable, and they will vote for nothing but a full repeal.

But a full repeal is nearly impossible, as the more centrist members, and those who have to run in competitive races, are apprehensive about repealing the (few) popular provisions in the bill.

William F. Buckley once said, “Idealism is fine, but as it approaches reality, the costs become prohibitive.” Republicans may just prove him right. The inability of these members, like Rand Paul and Ted Cruz, to accept anything other than what they would have in an ideal world, may end up sinking the entire repeal effort. Even if it doesn’t, it can end up causing leadership to pursue an even weaker version, as they will need to cater to more moderates in pursuit of their votes.

Those prohibitive costs are what makes it untenable to adopt idealism as a governing philosophy.

There are times, however, when idealism is an absolute value. When considerations are political, issues can be approached as a question of costs. But when they are religious in nature, the question is no longer what option is better; it is which one is right.

Rashi, in the Megillah (2:11), explains that Mordechai was well aware why Hakadosh Baruch Hu caused Esther to become the queen. The only possible reason such a tzaddekes would be made to marry a rasha like Achashverosh was so that Klal Yisrael could be saved through her intervention with her husband.

Still, Mordechai told her (2:10) not to disclose that she was of royal stock, so they shouldn’t know she was a descendant of Shaul Hamelech. Rashi explains that he did so in the hopes they would think she was from a lower class, and therefore send her away, not choosing her to replace Vashti.

The apparent contradiction is pointed out by Rav Yaakov Galinsky, zt”l. If Mordechai knew Esther had to be married to Achashverosh to save Klal Yisrael, why was he trying to stop her from being chosen? He should have told her to disclose her illustrious lineage, and in that way forestall any effort Haman could mount to destroy the Jews!

But the truth is, he explains, there is no contradiction at all. What Hashem’s plan is, and what we are supposed to do, are completely independent of each other. Esther was indeed coronated to save the Jews, but that doesn’t make it all right for her to do anything other than work to make sure that Achashverosh would not choose her as his wife. There is a set of values and ideals within which we must work, and even reality does not determine what we are supposed to do.

Or, to paraphrase Buckley, when it comes to issues which are religious in nature, realism is fine, but as it approaches the ideal, the costs become prohibitive.